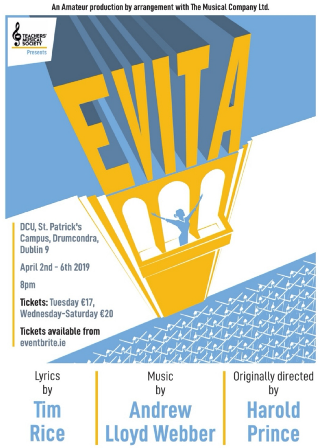 Evita charts the young and ambitious Eva Peron’s meteoric rise to power. Set in Argentina between 1934-1952, the Tony-winning musical follows Eva Duarte on her journey from poor illegitimate child to ambitious actress to, as wife of military leader-turned-president Juan Peron, the most powerful woman in Latin America, before her death from cancer at age 33. Well-known numbers from Tim Rice and Andrew Lloyd Webber’s musical masterpiece include “Don’t Cry for Me Argentina,” “Oh What a Circus,” “Buenos Aires” and “Another Suitcase in Another Hall.” Director - Pat McElwain Musical Director - Dermot O’Callaghan Choreographer - Serena Salmon

About the Teacher’s Musical Society

The musical is organised by the Teachers’ Musical Society. The cast of the Teachers’ Musical Society is made up primarily of primary and secondary teachers and, over the last 19 years, the group has grown into one of the leading musical societies in Ireland. It has won numerous awards at the Waterford International Festival of Light Opera as well as from the Association of Irish Musical Societies (AIMS). TMS welcomes award winning director, Pat McElwain, award-winning musical director Dermot O’Callaghan and the suberbly talented Serena Salmon as choreographer. Some previous show accolades include the 2018 production of "The Producers", nominated for and subsequently winner of 3 AIMS awards for Best Chorus, Best Comedian and Best Stage Management. The 2017 production of "Sweeney Todd-The Demon Barber of Fleet Street" was nominated for 5 AIMS awards, including Best Overall Show and took home the trophy for Best Actress and Best Musical Director. 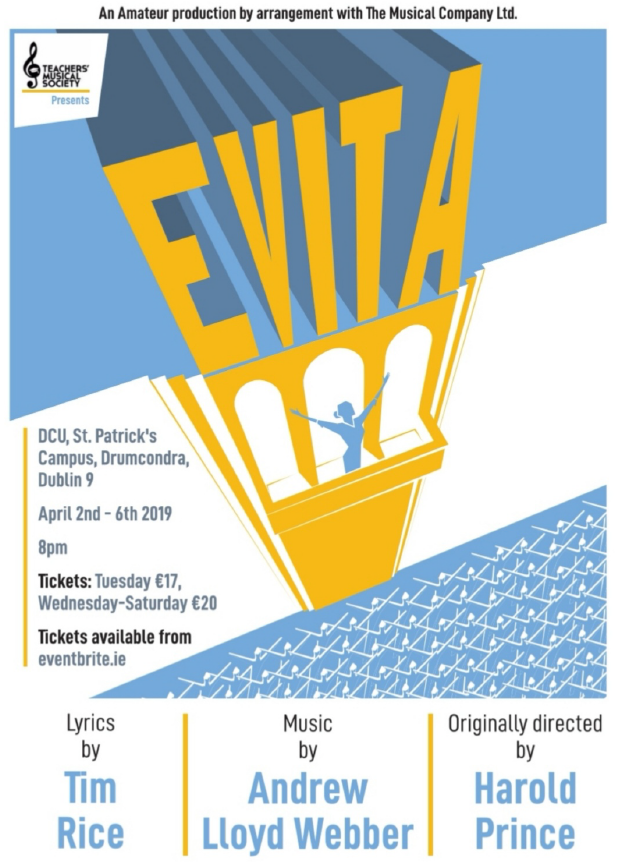