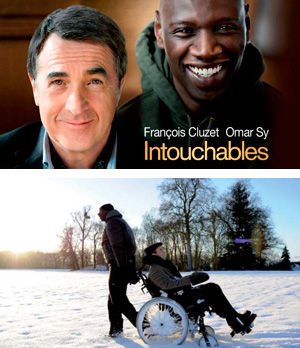 The French Film Project is a partnership between the French Embassy’s Cultural Service, the Irish Film Institute and the Arts Council, which includes an annual touring of a movie in French language along with the publishing of a free study guide.

The chosen film for the 2013 French Film Project is “Intouchables / Untouchable” the most recent film from Olivier Nakache and Éric Toledano starring renowed French actors François Cluzet and Omar Sy. The "Intouchables" Study Guide, has been launched at the FTA Annual Conference on October 11th, it is available for free download here.

The film will be touring in various venues in Ireland as part of the 2013 IFI Education programme. 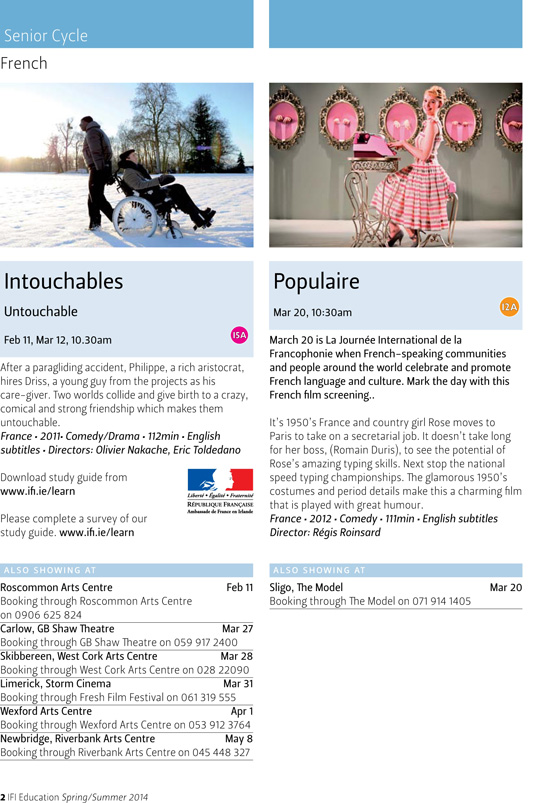 Each year IFI Education, in collaboration with the Cultural Service of the French Embassy, selects a French film, programmes screenings for second-level students in IFI and venues around the country and creates an accompanying study guide. So far this school year over 4,000 students have watched Intouchables at IFI and at our regional screenings. This year we want you to tell us how you use our study guides, which activities you would like to see more or less off and suggest ways we can develop these guides. Your feedback as language teachers is really important to us. You can complete our short survey and download the Intouchables study guide online at www.ifi.ie/studyguides

For more information about IFI Education’s French Film Project and our French screenings for schools contact Elaine Mac Ginty on (01) 6795744 or email emacginty@irishfilm.ie