The Kerry Dark Sky Messier Marathon Festival is organised by amateur astronomers from the Skellig Star Party Team and local Community Groups, to facilitate visitors to and residents of the Dark Sky Reserve find as many Messier Deep Sky Objects as possible during a single night on either the 24th and 25th March 2017.

Organised in Ballinskelligs and other communities in the Sceilig Coast Region of the Wild Atlantic Way Ireland in the only Gold Tier Dark Sky Reserve in the Northern Hemisphere, the kerry Dark Sky Messier Marathon Festival aims at finding as many Messier Deep Sky Objects as possible during a single nigth.

The organisers will facilitate visitors who are Seasoned Astronomers as well as visitors who just want to learn a bit more during the Messier Festival. Local schools are invited to participate and will be providing info packs to schools shortly to encourage teachers, individual children and class groups to participate. Participation in the Messier Marathon will be free of charge and none of the individuals assisting in the Messier Marathon observation sessions will be charging fees for their services or assistance. The Messier Marathon will be supported by the team from Blackrock Castle Observatory in Cork and The Crawford Observatory in University College Cork. 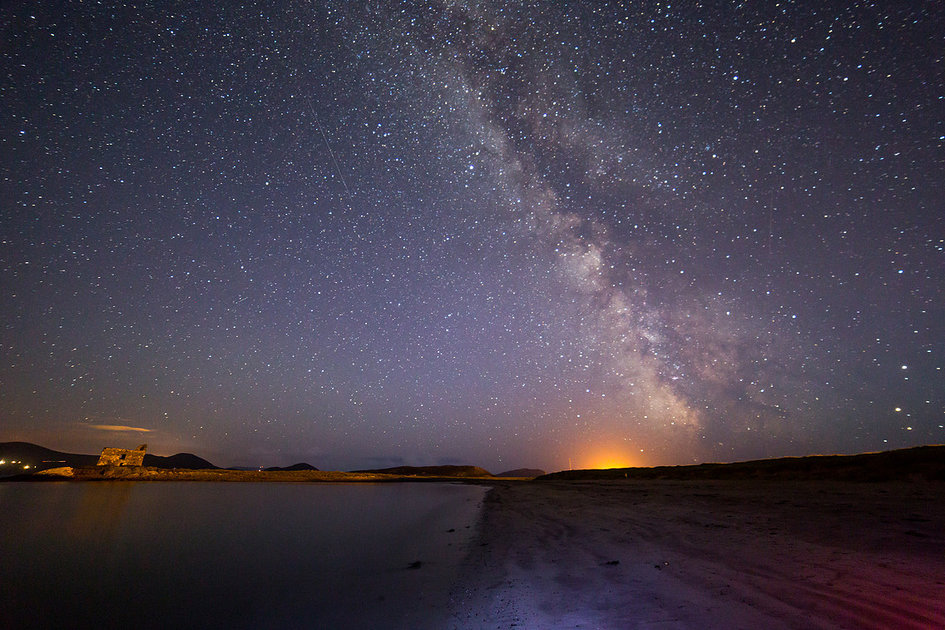 Charles Messier was born in Lorraine, France in 1730 and seems to have liked observing the stars and the phenomena in the night sky from his earliest years. When he was 14 years old, a great 6-tailed comet appeared (discovered by Klinkenberg and closer studied by De Chéseaux). His interest was further stimulated by an annular Solar eclipse which was visible (as partial eclipse) from his hometown on July 25, 1748. In 1751, he went to Paris and was employed by the astronomer of the Navy, Joseph Nicolas Delisle (1688-1768), because of his fine hand-writing. Sometime in 1757, Charles Messier started looking for comet Halley. His first reported observation of M32, a companion of the Andromeda Galaxy, took place in the same year 1757; he must also have seen the "Great Nebula" M31 on this occasion. He discovered another comet on August 14, 1758, which he followed and carefully observed with telescopes until November 2, 1758. During these observations, he discovered another comet-like patch in the constellation Taurus on August 28, 1758. He established that this patch was not moving, and was thus was not a comet, but a nebula. He measured its position on September 12, 1758, and it later became the first entry in his famous catalog, Messier 1 or M1. It was also this first discovery of a comet-like nebula which triggered Messier to both looking for comets with telescopes, thus "inventing" comet hunting, a new discipline of astronomy in these days, and to compile his catalog of unusual objects in deep space which might be taken for comets.

Charles Messier published his original list of 103 object entries in the Connoissance des Temps for 1784 in 1781. Messier personally added the entry for M104 to his personal copy of the catalog from his observations, obviously intending a further revision at that time, about one month after the list was published.Messier’s friend and colleague, Pierre Méchain, also continued his search for nebulous objects, evidently with the intention to communicate his observations to Messier for inclusion in a new revision of the Messier Catalog. When this revision did not occur, he communicated his observations of M104, M105, M106 and M107 in a letter of May 6, 1783, to Bernoulli for publication in in the 1786 Berliner Astronomisches Jahrbuch. He also reports the "nebulae" M108 and M109, which Messier had mentioned but not given an own catalog number.

The idea of trying to see all the Messier objects in one night started in Spain and the USA in the late 1960’s early 1970’s and became in concept “an informal competition to locate the most Messier objects by a single observer in a Dusk to Dawn one night Marathon.

We are inviting people to the Kerry Dark sky Reserve in this spirit on March 24th/25tth 2017 Experienced astronomers will be trying to see all visible Messier Objects (Approx 103). Some astronomers will be trying to achieve Messier Marathon personal bests, Others will opt to try to observe subsets of the Messier Catalogue whilst others will want to see a few and then head to one of our great local pubs!!

We hope to facilitate everybody and in particular to assist junior observers from both local schools and elsewhere to spot some Messier Objects early in the night as Messier started his space exploration at a very early age.