On the 21st of March 2018, day of Good France, our ten students took part in the Dairy Chef 2018 final at DIT Cathal Brugha Street. Discover the winners!

A total of 10 culinary students (5 from France and 5 from Ireland) were selected to take part in the 2018 finale of Dairy Chef. This competition was organised in a partnership between the Embassy of France in Dublin, Dublin Institute of Technology (DIT), the National Dairy Council (NDC), the French Dairy Council (Cniel) and AirFrance.

Culinary students from top colleges in France and Ireland were invited to champion their institution by creating a three-course menu celebrating Irish and/or French dairy produce. Each dish had to include dairy as the main ingredient.

Who are the finalists?

The 10 finalists selected to take part in the cook-off finale were: 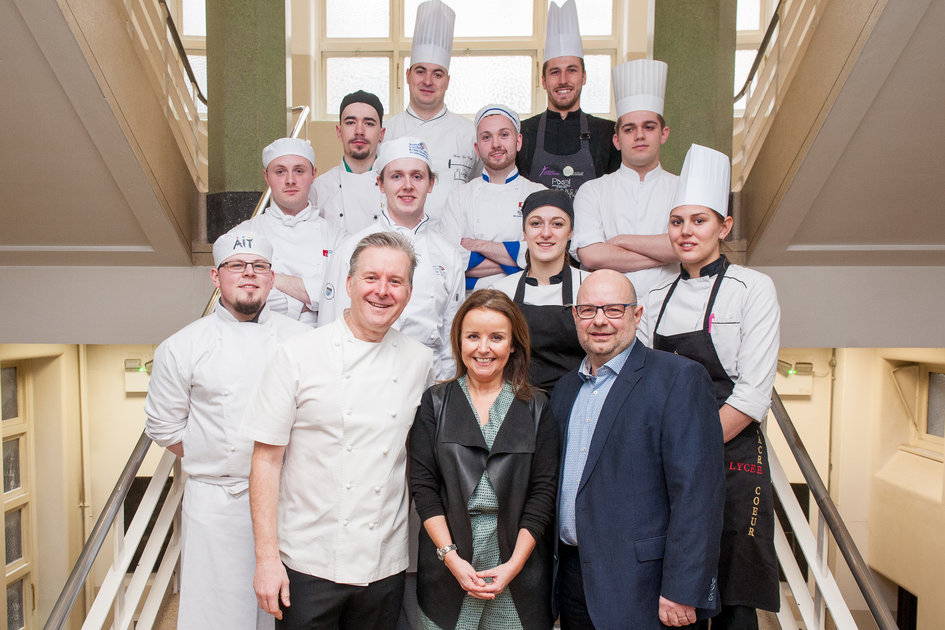 The cook-off event was held on Good France Day (Gout de France) on 21st March at Cathal Brugha Street in Dublin. For the finale, each Franco-Irish pair of students was given a mystery basket of ingredients. They were asked to produce three-course meals of their choices with dairy produce included in each course.

The prestigious judging panel for the competition was composed of:

The three winning teams also received a weekend of travel to experience gastronomic culture following the weeks of their “stages”.

And the winners are...

The Winning pair were Pierre-Louis Delacroix from Université de Cergy-Pontoise and Derek McClelland from Waterford Institute of Technology. 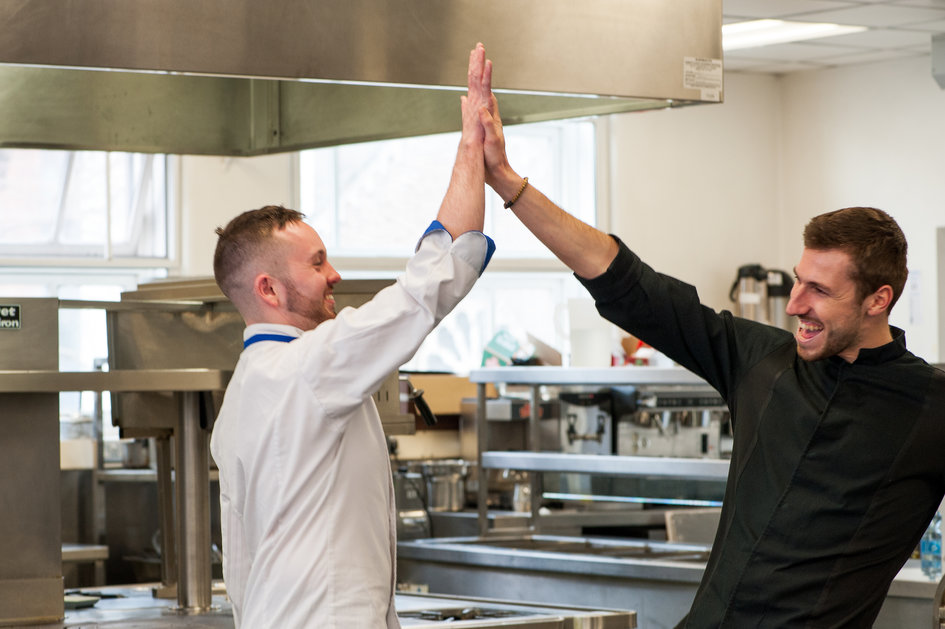 The Runners up were Rourke Griffin from Letterkenny Institute of Technology and Briac Le Roy from Lycée hôtelier de la Rochelle as well as James Gavin from DIT and Brice Lallement from Lycée des métiers de Bazeilles. 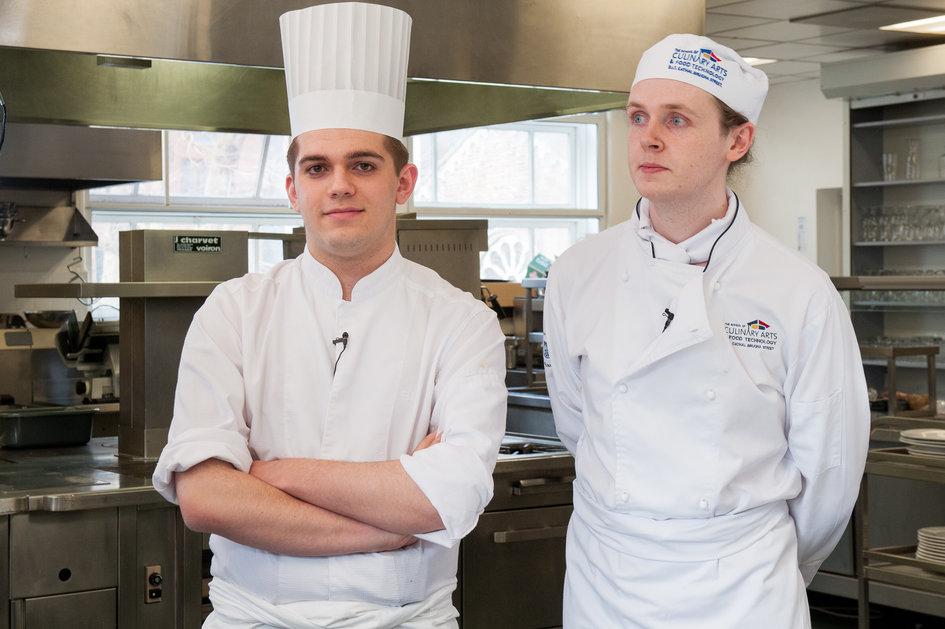 Quotes about this culinary experience

France and Ireland share a passion for good food, quality produce and hospitality. This first Dairy Chef challenge highlighted the depth of relations between culinary arts, tourism and hospitality schools from our two countries with young talented chefs taking part in a high-level competition. This contest illustrates the efficient work done by members of the France-Ireland network for Culinary Arts, Hospitality and Tourism in connecting French and Irish students with learning and training opportunities which will be of use in their future career.

The diversification of the culinary educational systems in both countries challenges the student competitors to work in a team of two and diversify their techniques and knowledge to blend ingredients from both countries and produce unique dishes. The competition design also allows the student competitors to be distinct and cook a creative dish from a mystery basket of ingredients including dairy produce from both countries, the competitors were then challenged to produce a three-course meal with dairy included in each course. I would like to thank the French Dairy Council and Irish Dairy Council for their sponsorship and working with the French Embassy and School of Culinary Arts and Food Technology to make this unique culinary educational experience possible.

The standard of the entries for the contest was very high which made the task of selecting the finalists challenging. The dishes cooked on the day were also really impressive and I was delighted to see the French and Irish dairy produce used in such an inspiring way, making the most of high quality ingredients and a variety of dairy ingredients from French Munster cheese to Irish buttermilk.

After his training in the kitchen of the Ministry for Europe and foreign affairs, in Paris, Pierre-Louis Delacroix,one of the winner of Dairy Chef 2018, shares his experience:

First of all, thank you for your involvement in this adventure, it has been very rewarding for me.

The chef Thierry Charrier and his teams welcomed me into their squad as one of their own. The priority was placed on me enjoying myself working my way through the different roles, from the pantry to pastry.

Over the course of the week I discovered a certain diplomacy in the kitchen. Setbacks, changes to the programme, last minute events, changes in Mr and Mrs Le Drian’s schedule - all of these things of course create the feel of a tight-knit unit, even a family, between the teams.

I also had the opportunity to visit the minister’s residence with an official who explained the history of this incredible building, which has some great anecdotes.

The strong relationship that I formed with the chef and the time and conversations with the teams have allowed me to broaden my options in terms of my future career. Why not work at a ministry or in a French embassy somewhere else in the world one day…!

Stay tuned for next year! 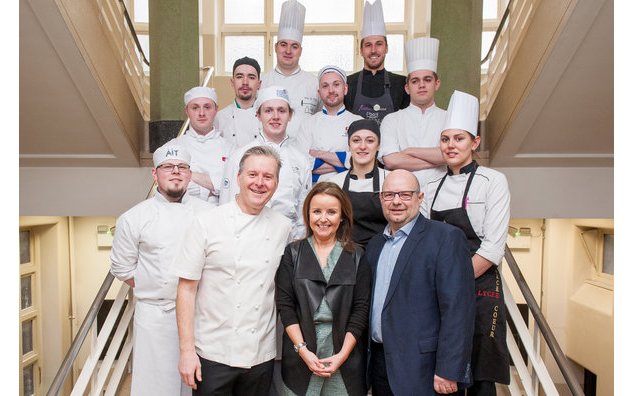 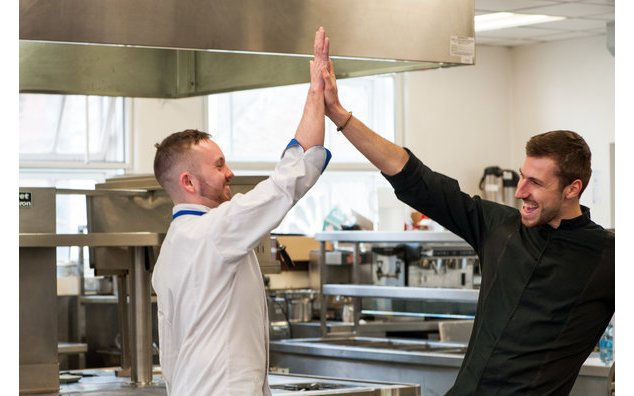 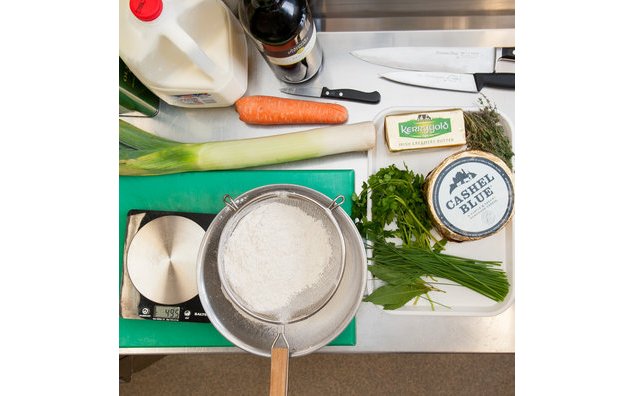 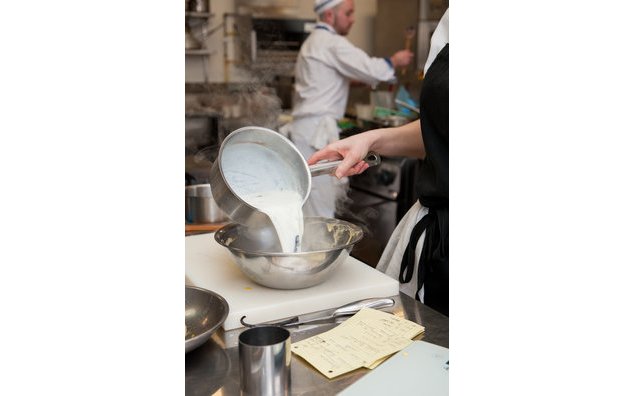 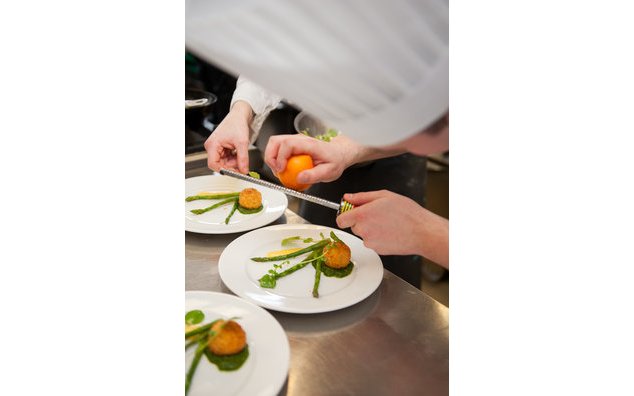 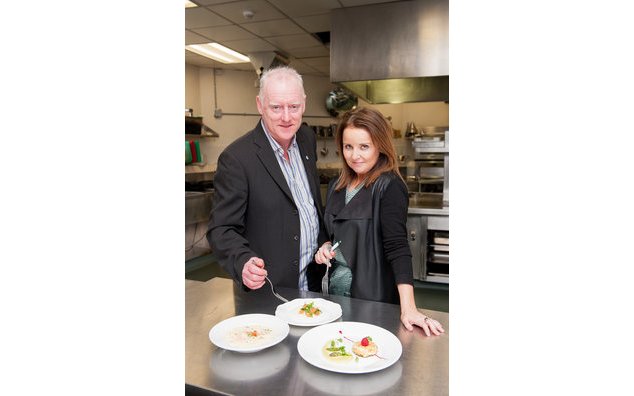 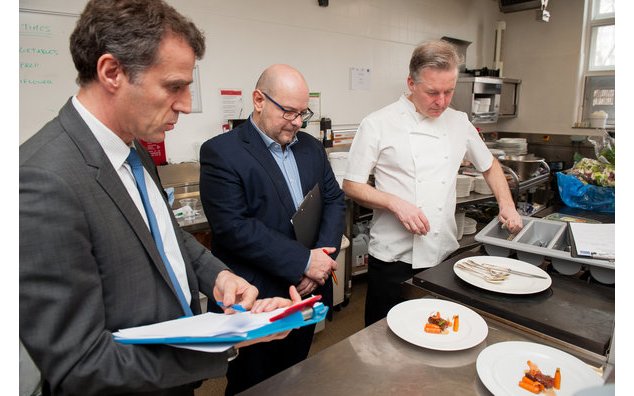 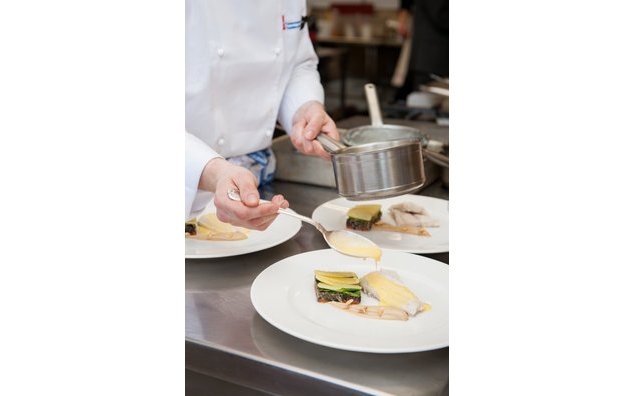 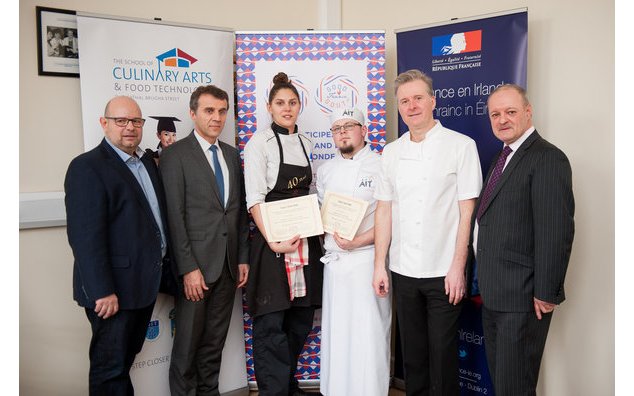 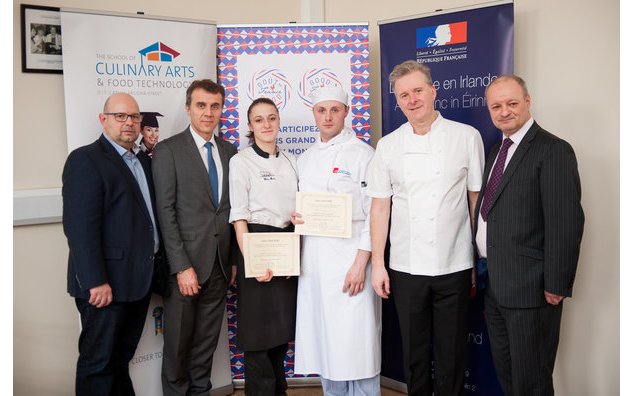 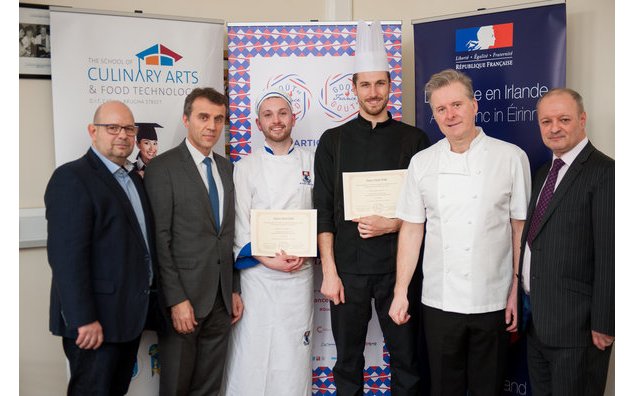 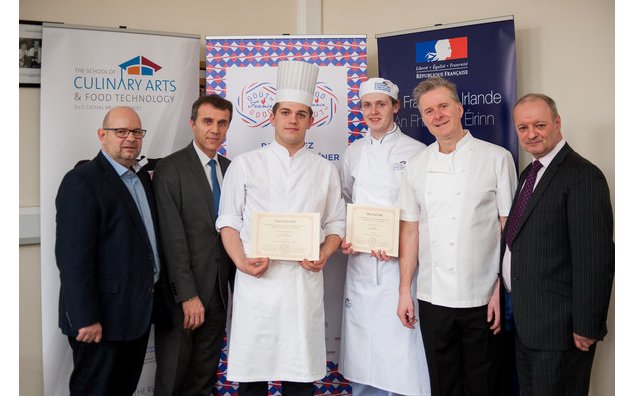 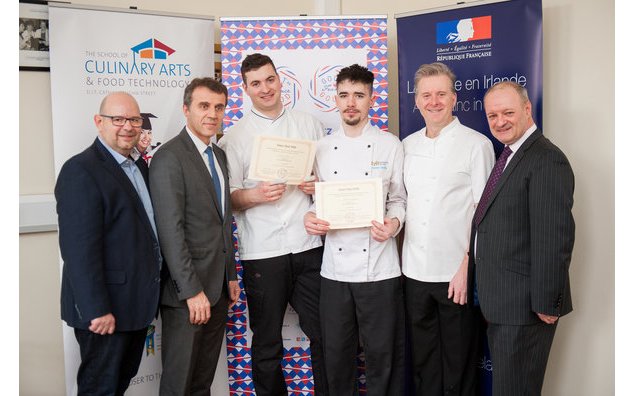 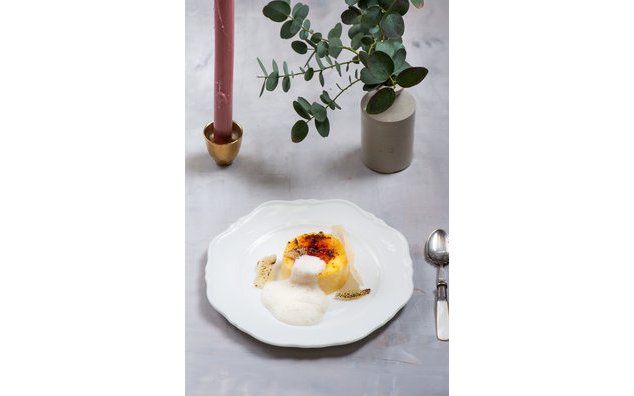 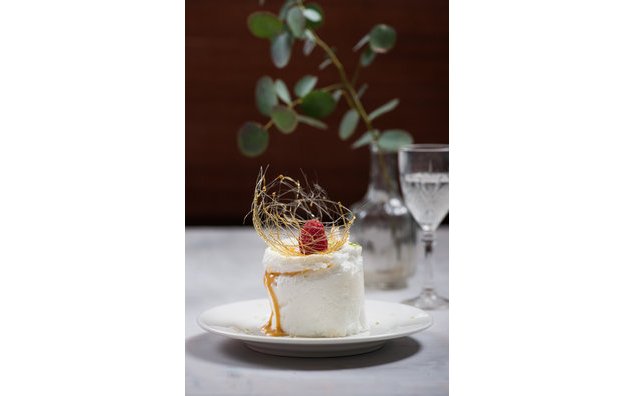 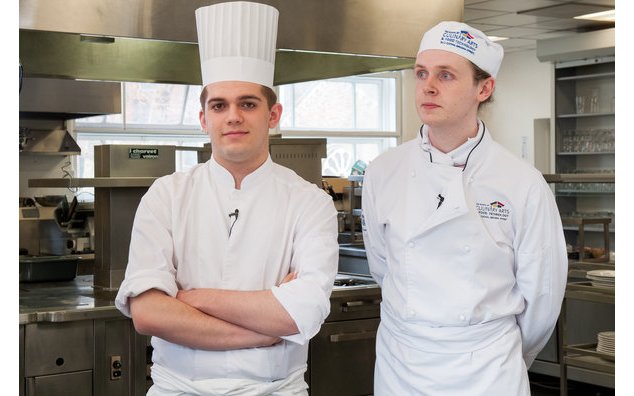