Home > Culture and Science > Sciences & innovation > Who we are : the Scientific and Academic Service > Our past events and archives > Events: archives > 2012 Events > 2012 Cédric Villani Plenary lecture at University College (...) 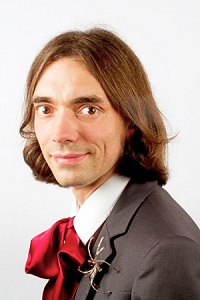 A graduate of the prestigious Ecole Normale Supérieure de Paris, Cédric Villani obtained his doctorate under the supervision of Pierre-Louis Lions (Fields Medal in 1994) at Paris-Dauphine University. He was awarded the Fermat and Henri Poincaré prizes in 2009 followed by the Fields Medal in 2010. Besides, he is the director of the Institute Henri Poincaré, and is professor of Mathematics at University of Claude Bernard Lyon I.

For more information on the visit of Cédric Villani, in Dublin, click here.