Celebrate the Month of Francophonie with our selection of movies! [fr]

The Month of Francophonie aims to celebrate French language in Ireland. Through a selection of movies, you will discover different aspects of the francophonie in the world. Check the programme here !

Preceded by a reception at 6:00 pm 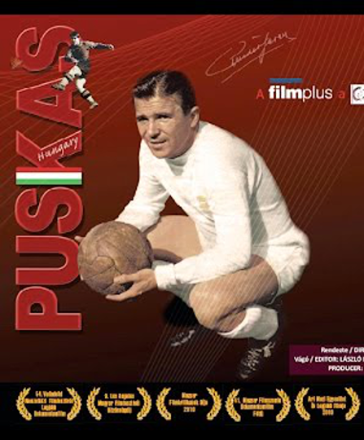 Starting the movie screenings during the Month of la Francophonie in 2017, Alliance Française and the Embassy of Hungary are proud to present the film Puskás Hungary (2009) at 7pm on the 2nd March 2017. This exciting and emotional documentary showcases the life of one of the greatest football players of all time and the most famous Hungarian through archive footage and interviews with numerous legends from the world of football who knew Ferenc Puskás, the kid from Kispest. Trailer here

For schools and young public 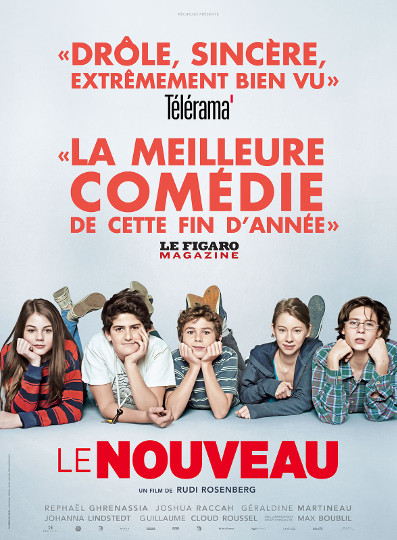 Benoit, 14 years old, leaves the country-side for Paris. His first day at school turns out to be more difficult than expected, and he quickly becomes isolated. Until one day a new girl arrives in class... 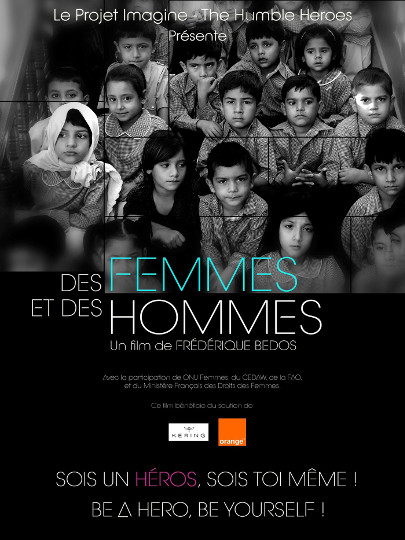 The film "Women and Men" takes an in-depth look at persistent gender inequality and reveals some surprising economic and social advantages of women empowerment. Through a series of interviews conducted in Paris, Rome, Geneva, Oxford and Cairo, she introduces the viewer to experts from the UN, academia, the arts, medicine, the military, religion and more. Most are women, though she also speaks with men. Gradually these conversations reveal a more surprising reality than common assumptions might lead us to believe. “Women are at the heart of every issue,” she says. “If we can treat women better, all of civilisation will progress.” 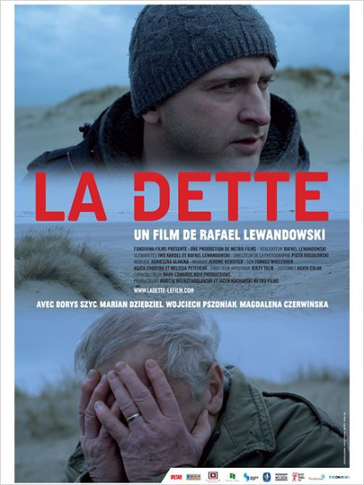 Paweł, a young Polish man, discovers that his father, whom he had always believed to be one of the heroes of the Solidarność trade union 30 years earlier, may have concealed a less glorious past in the pay of the regime. Their relationship is undermined and in spite of the efforts of each other to stifle the ghosts of the past, they will nevertheless reappear. Trailer here The screening will be followed by a Q&A with Franco-Polish film director Rafael Lewandowski.

Preceded by a reception at 6:00 pm 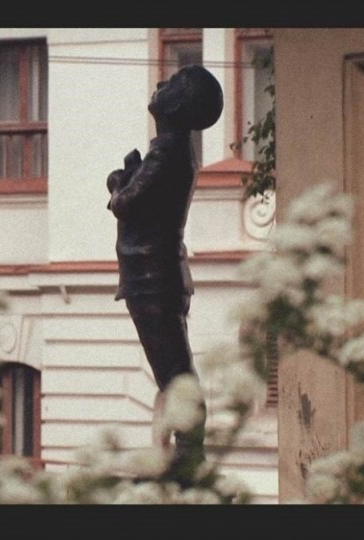 Not many of vast crowd of readers, who made Romain Gary one of bestselling French novelists of XX century, know that he have born and spent his childhood in Vilnius, Lithuania. The film “A Promise delivered. Secrets of Vilnius” speaks about that nebulous period of writer’s life, connections with Vilnius in his life and works. The title of the film is an allusion to one of most famous books of R.Gary – “Promise at dawn”. Comments, made by literature experts and historians, new findings in Lithuanian and French archives bring more light on mysterious personality of R.Gary – the only person who won Le prix Goncourt trophy twice, decorated war hero, politician, diplomat and homme fatal.

14 March 5:30 pm : Reception followed at 7:00 pm by the screening of the movie "Les mauvaises herbes", 1h 48min, by Louis Bélanger, at the Alliance française Dublin 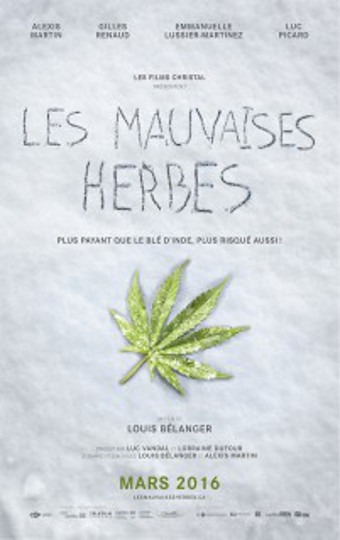 In celebration of Le Mois de la Francophonie, the Canadian Embassy together with the Québec Government Office in London are delighted to present “Les mauvaises herbes” on Tuesday 14 March at 7pm. This humorous Québecois film tells the story of Jacques, an actor, who flees to the country to escape his gambling debts, where he meets Simon, a rough and wily farmer who manipulates him into a business relationship. Following a difficult start, they help each other to grow marijuana. Later, they meet Francesca, a sharp young woman who embraces their venture. By the time they get to the winter harvest, the three have learned to live together, but outside forces threaten the delicate balance of their little business… In French with English subtitles. A reception will be held in advance of the screening at 5.30pm in La Cocotte. RSVP is essential as places are limited and will be allocated on a first come, first-served basis. Trailer here 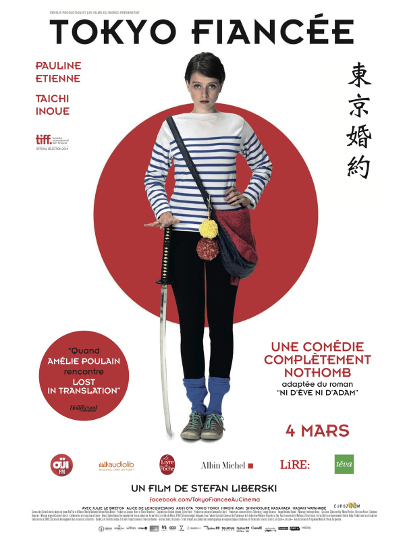 This 2014 romantic drama, directed by Stefan Liberski is an adaptation of Amélie Nothomb’s 2007 successful semi-autobiographical novel of the same name which tells the story of a young Japanophile Belgian woman, Amélie, who returns to Tokyo where she lived until she was 5, in order to ‘become Japanese’. She finds work as a French teacher and starts a romance with young Francophile ‘Rinri’. It is both a coming of age story as well as a beautiful portrait of the cultural differences between East and West in which Amélie realises that being Japanese is more than a question of adapting herself to a new country and language. Trailer here 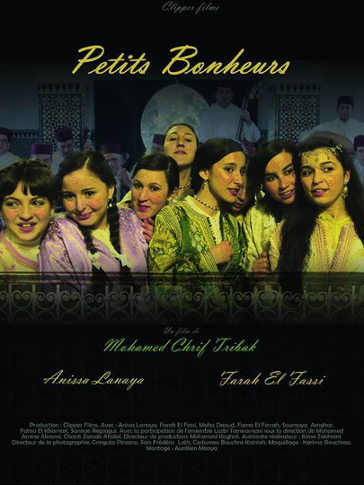 After the death of her father, Noufissa, 17, is obliged to settle with her mother at Lalla Amina, wife of a great dignitary of the medina of Tetouan. A very strong friendship will be born instantaneously between Noufissa and Fetouma, the Little girl of Lalla Amina. The two girls promise never to leave each other, until Fetouma discovers that Noufissa hides her engagement... Trailer here

22 March 6:00 pm : "Where Do We Go Now?", 1h 50min, by Nadine Labaki, at the Light House cinema, Dublin 7, followed by an international buffet gathering participating embassies of la Francophonie in Ireland 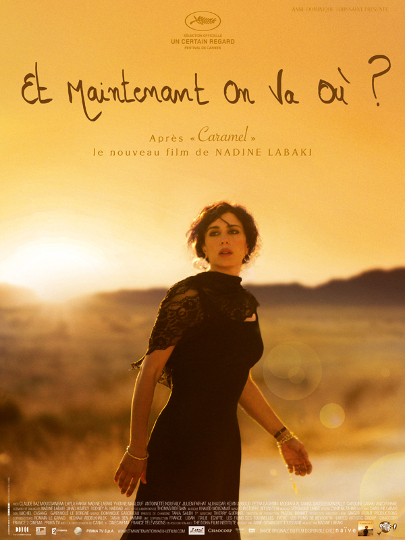 Set in a remote village where the church and the mosque stand side by side, Where Do We Go Now? follows the antics of the town’s women to keep their blowhard men from starting a religious war. Women heartsick over sons, husbands and fathers lost to previous flare-ups unite to distract their men with clever ruses, from faking a miracle to hiring a troop of Ukrainian strippers.

Get your ticket here: 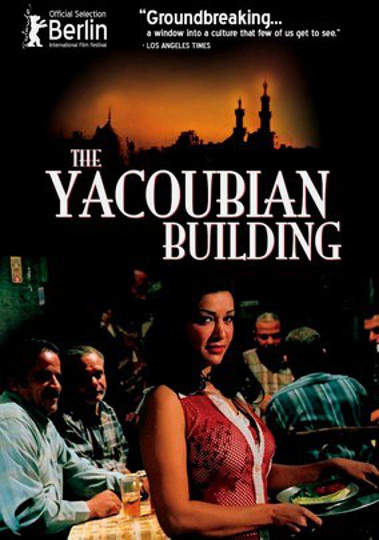 "The Yacoubian Building is adapted from a novel of the same name by Alaa Al Aswany, which took the Arab world by storm upon release in 2002. Director Marwan Hamed is faithful to the original conceit, and we follow the diverse inhabitants of Yacoubian’s Building in downtown Cairo. There’s Zaki (Adel Imam), a faded aristocrat, Bothayna (Hind Sabry), the beautiful, poor girl he falls for, and Haj Azzam (Nour El Sherif), a rich businessman. The pace can be slack, but this movie will slowly draw you in. The eponymous building is an art deco apartment block, and all Egyptian life - from the richest, to the poor who huddle on its top floor - is there. While Zaki lives in faded luxury and chases women, Bothayna endures sexual harassment while working as a shop assistant to provide for her poor family after the death of her father. Meanwhile her boyfriend, Taha (Mohamed Imam), son of the building’s janitor, is rejected by the police and joins a radical Islamic group". Trailer here 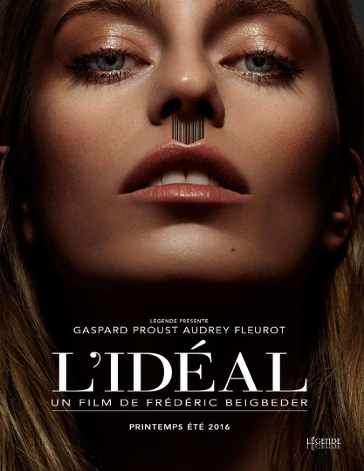 After leaving the advert, Octave Parango was reconverted in the model scouting in Russia. This cynical hedonist twists in the arms of young Russian models and private jets of his oligarchic friends ... until the day when he is contacted by L’Ideal, the world’s first cosmetic company, shaken by a gigantic media scandal. The leader gives him seven days to find a new model by crossing the confines of post-communist Russia, under the guidance of Valentine Winfeld, a dry and authoritarian visual director. Trailer here

And in partnership with the Irish Film Institute, 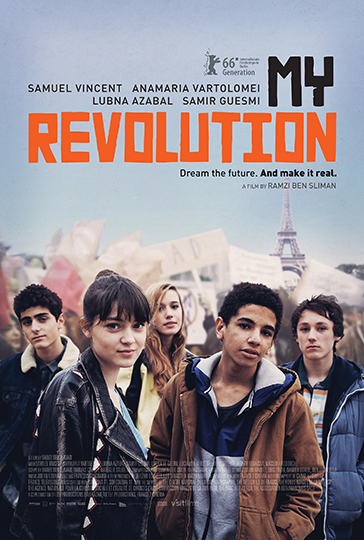 The Arab Spring of 2011 was sparked by the Jasmine Revolution of Tunisia. In Paris, people take to the streets in support, but 14-year-old Marwenn, though of Tunisian background, has no interest in politics. Then he stumbles upon a rally, gets his picture in the paper and suddenly he’s the coolest kid in school. Encouraged by his irascible grandfather, Marwenn travels to Tunisia on a journey of self-discovery in this charming and humorous film. Trailer here Check also the French Study Guide of "My Revolution"

Check the rest of the programme of the Month of La Francophonie here : http://www.ambafrance-ie.org/The-Month-of-La-Francophonie-in-Ireland-2017-Programme-