Accueil > News > Archives > 2016 > Events > Celebrating Franco Irish friendship around the storming of the (...)

Celebrating Franco-Irish friendship around the storming of the Bastille

Once again, the Bastille was stormed on July 14.

Gathered during the official reception organized in the French Residence, French and Irish guests have again stormed the symbolic foundation monument of the French Republic.

The reception organized to gather the French community in Ireland as well as Irish guests was a way to celebrate the profound friendship uniting our two countries. Representatives of the French community, the presidents of the French associations in Ireland, consular councilors were able to meet Irish representatives during a ceremony sponsored by French and Irish companies BNP Paribas, Odaios, Moet-Hennessy, L’Art du Chocolat, Lefevre Cider, Noreast and Perrier.

A particular national day as France is about to commemorate the centenary of the First world war. From the oriental front to the battlefield of the Somme, July 14 was also the occasion to remember the soldiers who fought to defend their homeland.

In his speech, Ambassador Jean-Pierre Thébault saluted the commitment of the thousands of Irishmen who fought in the battles in France or on the battlefields of Thessaloniki and took part in one of the world’s most deadly conflicts. 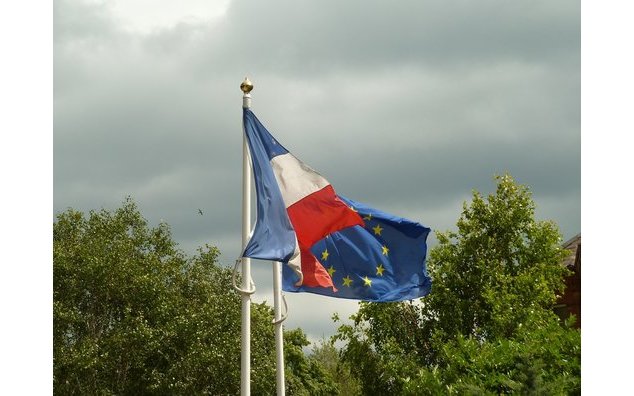 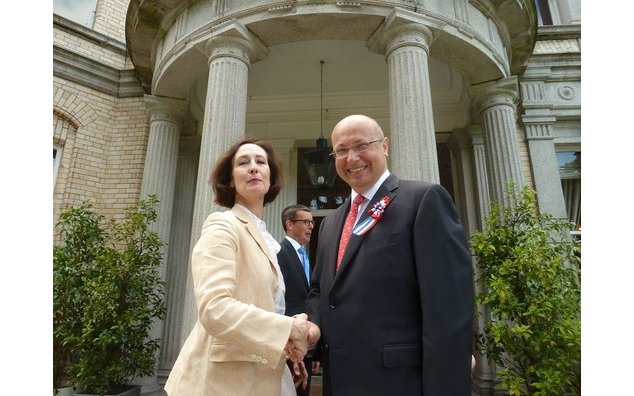 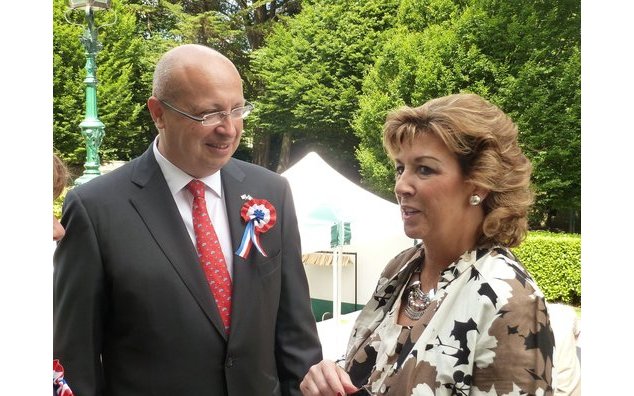 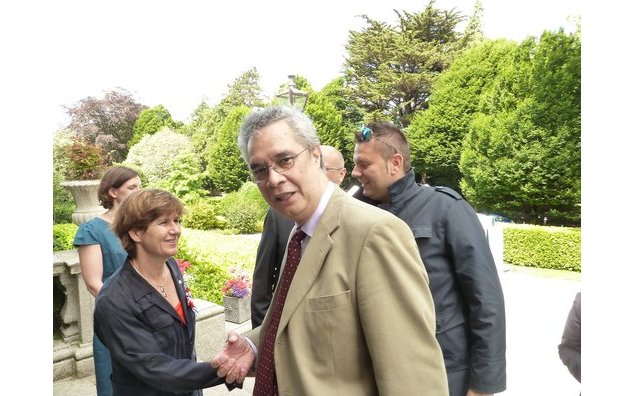 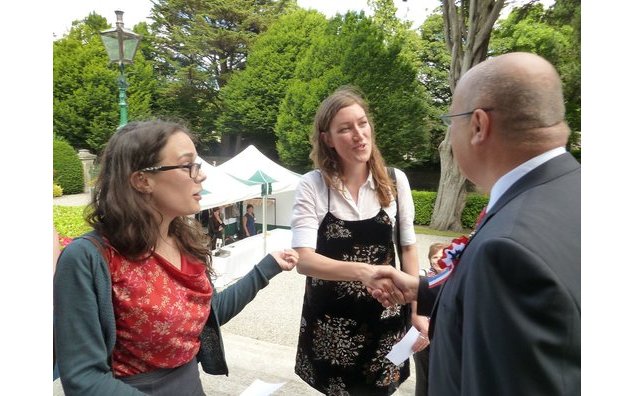 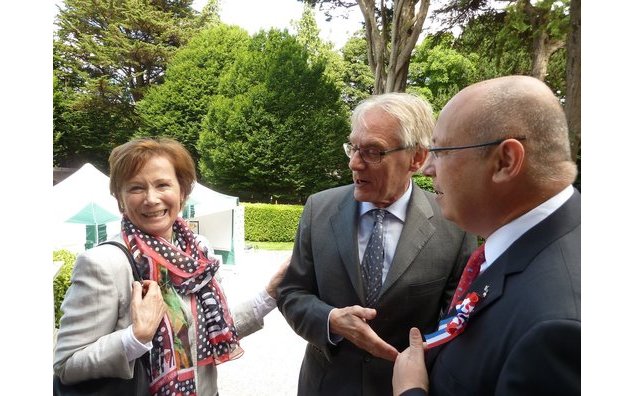 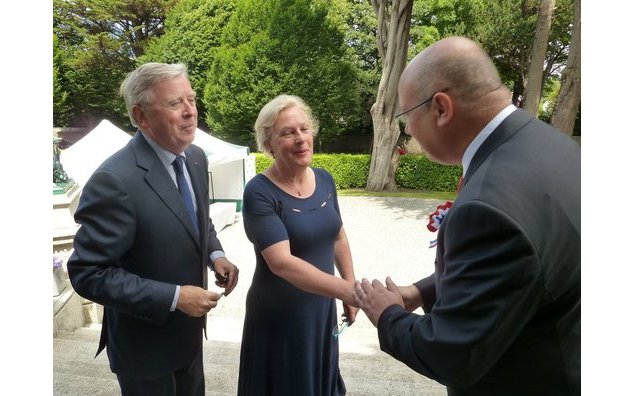 Former president of the European Parliament Pat Cox and his wife 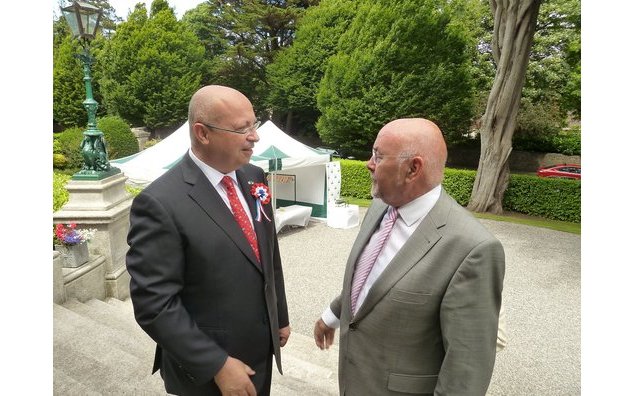 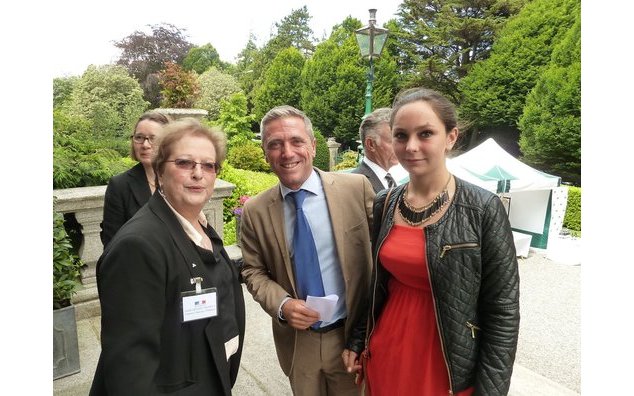 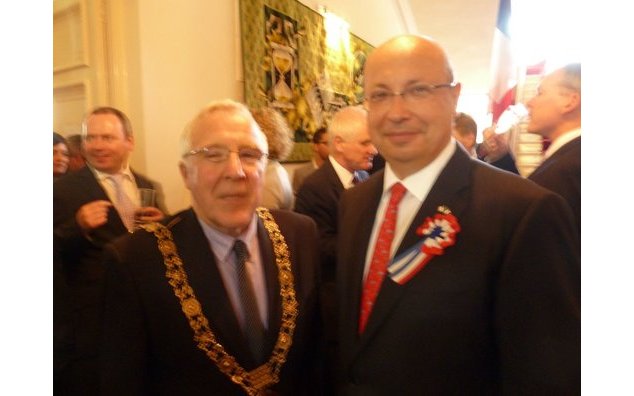 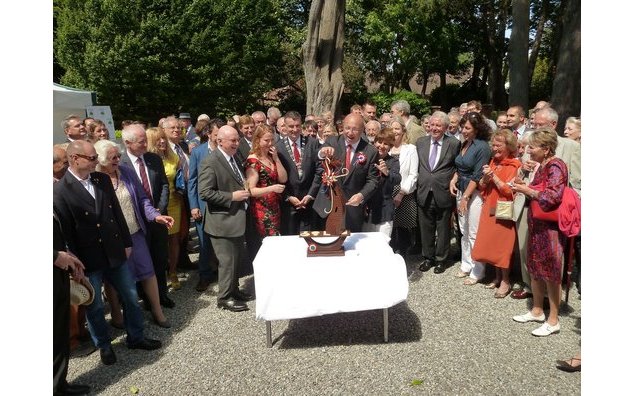 Getting ready to attack the Bastille ! 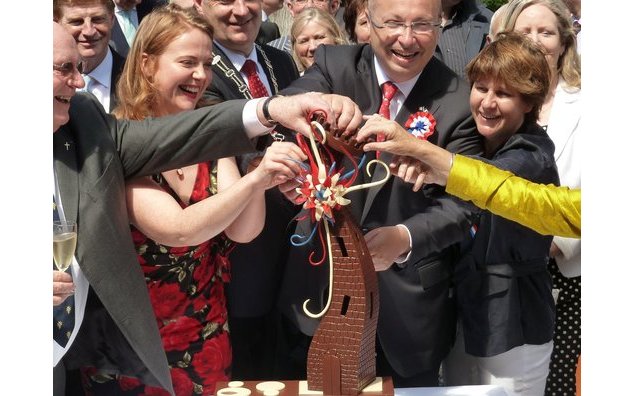 Chocolate Bastille stormed in Dublin for Bastille Day, courtesy of the Irish Times