2014 is a decisive year for Europe, the start of a new political cycle with the renewal of members of the European Parliament and the appointment of a new Commission. While cultural diversity has been at the heart of European discussions in recent months, we want to open up a debate on the future of culture in Europe.

Cultural democratization, the economic weight of culture, the circulation of works and artists, digital policy and copyright are some of the main issues to map out a strategic approach for culture in Europe.

Artists of all kind, intellectuals, business and media representatives, elected representatives and local figures, young people and students will all gather at the Palais de Chaillot for a day and a half of public debate. The European Ministers for Culture, European Members of Parliament and the European Commission will also meet for the occasion. The aim is to mobilize all people involved in this project, to learn what they expect from Europe and to start working together.

Our goal is simple : to provide culture with its rightful place in Europe

Culture makes a key contribution to the cohesion of our societies and to Europe’s influence in the world. With 6.7 millions of jobs and 3.3% of the GDP, the economic weight of the creative sector is considerable. Its worldwide industrial powerhouses, its many SMEs and its individual artists are universally recognized. Culture is one of Europe’s major assets in a globalized economy based on innovation and the development of knowledge. It embodies the bravest and most rewarding form of innovation: the risk of creation. It is also a powerful factor of attractiveness, thanks to the wealth of our heritage and cultural events.

On the European scale, this critical issue of cultural and creative development is starting to be accurately measured. The European Union defended people’s right to protect and promote cultural diversity by ratifying the 2005 UNESCO Convention on the Diversity of Cultural Expressions. The EU’s cultural policy has marked significant milestones: the Creative Europe program, the Europeana digital library, the European Capitals of Culture, the adoption of a policy to promote audiovisual creation in the 1980s and the defence of the cultural exception within the framework of trade negotiations. These are all assets on which culture can still depend in Europe.

However, European policies do not sufficiently address cultural issues. All of the main European policies have a direct impact on the cultural sector, i.e. trade liberalization, building the internal market, framework for State aid, taxation, digital policy. Culture is often included as one objective among others rather than an issue in itself. The European Union has not yet asserted the consolidation and promotion of its culture, its heritage and its creators as a major objective.

We must together promote a true European cultural agenda

To meet this challenge, we must now discuss an overall agenda. There are major debates ahead: adjustment to the new digital environment, promoting cultural diversity in trade agreements, the future of copyright; the sustainability of the financing of creation. Europe has had a Digital Agenda since 2010, so it is now urgent to promote an EU cultural agenda.

This agenda must allow Europe’s cultural diversity to be promoted, by providing Member States with their full roles. Artistic Europe already exists and continues to grow constantly as relationships are strengthened in all languages of Europe between our countries and our creators. To enable culture to fully benefit from its economic and social role, ambitious policies are necessary at all levels – local, national and European. In order for the European Union to make these policies a reality, a shared strategy must be implemented that recognizes their importance and legitimacy.

Such strategy is essential in order to meet the challenges of the digital revolution and its impact on our relationship to culture. These changes affect practices of creation and access to culture, the prescription and distribution of cultural goods and business models: it is our responsibility to draw conclusions from them regarding public policy, in order to develop effective and appropriate instruments to improve the creativity, diversity and influence of European cultures in the global digital environment. 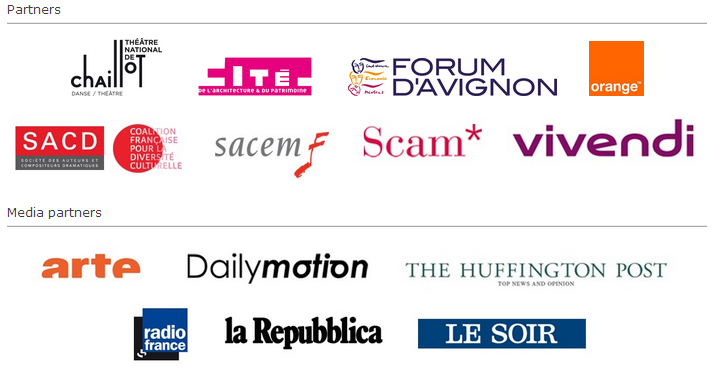