On Tuesday 1st December 2015, Ms. Sheila Pratschke, Chair of the Arts Council, has been named Officier in the French Ordre national du Mérite by French Ambassador to Ireland Mr. Jean-Pierre Thébault during a ceremony at the Residence of France in Dublin.

Sheila Pratschke worked in the Irish Museum of Modern Art, the Kerlin Gallery and UCD before being appointed Director of the Irish Film Institute in 1994. She held this post for seven years during the period when Temple Bar developed as a cultural quarter. She moved to the Tyrone Guthrie Centre at Annaghmakerrig in 2001 where she was Director until 2007. She was then appointed Director of the Centre Culturel Irlandais in Paris, a flagship cultural institution supported by the French and Irish governments. Its Old Library is a unique resource for scholars and researchers. 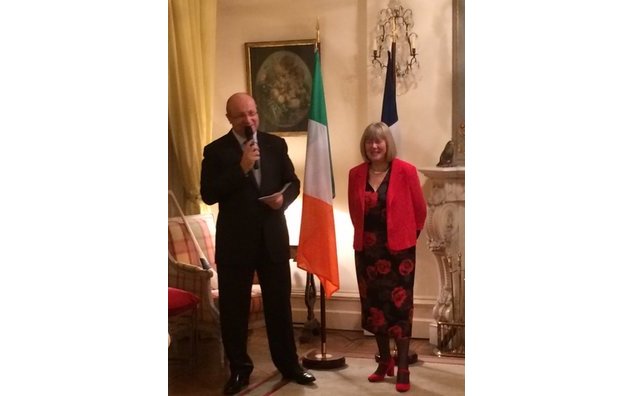 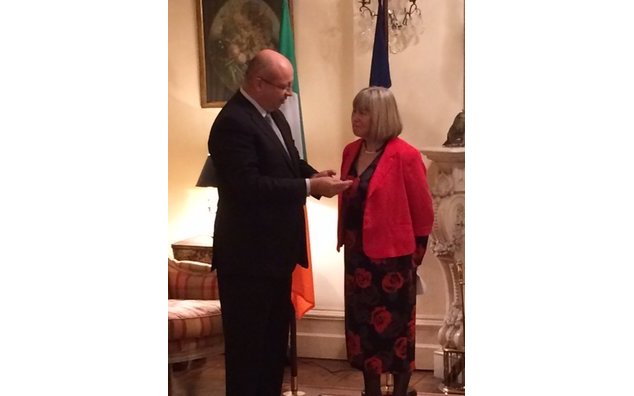 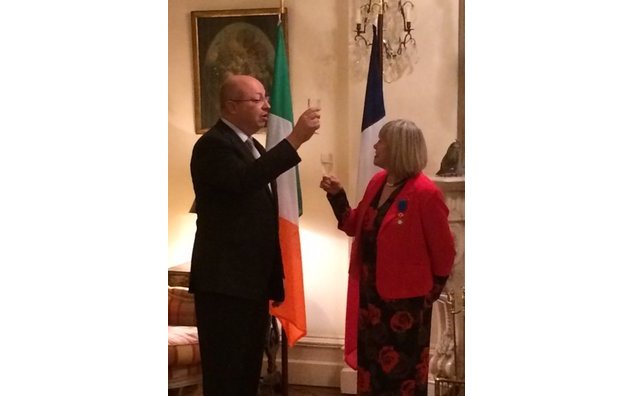 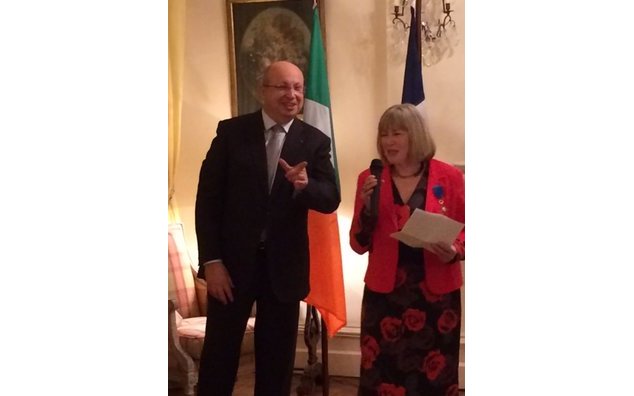 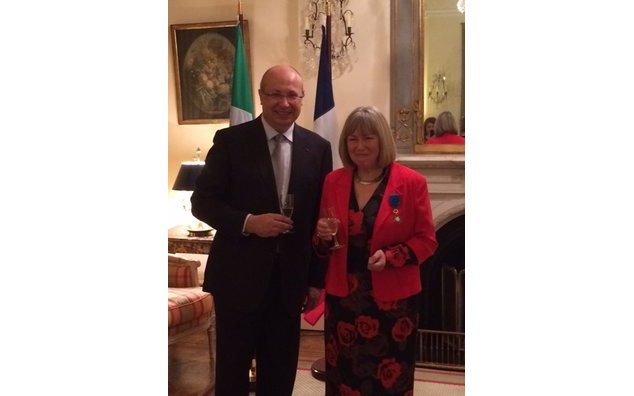 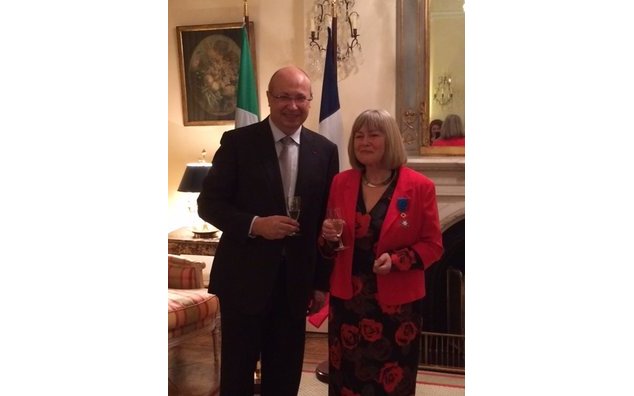 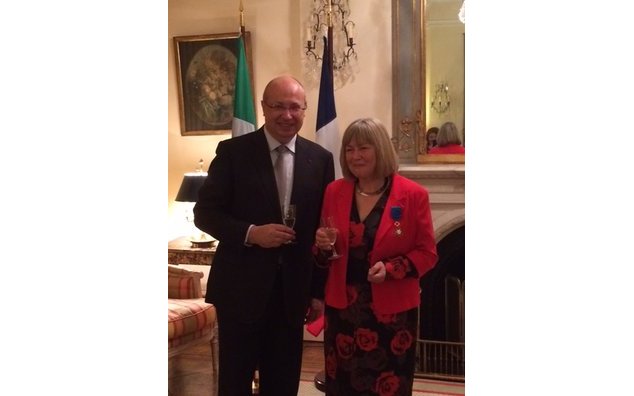 France and Ireland have been enjoying a long lasting, nourished and strong artistic relationship. This award comes in recognition of Sheila’s efforts to promote cultural links between France and Ireland.

The Ordre national du Mérite (National Order of Merit) was established in 1963 by President Charles de Gaulle and is awarded by the President of the French Republic to recognize distinguished civil or military achievements.

Sheila Pratschke is being inducted as an Officer in the Order. This follows her award as a Knight in 2009.