In order to celebrate French language the students have sung in French and also realized a short video clip for their songs.

The theme was the one of the project Dis-moi dix mots 2017 : « Dis-moi dix mots sur la toile » that show how French language adapts to new technologies and digital use without needing to take words from other languages. Most of the given words came from the physical world : avatar, canular, émoticône, favori, fureteur, héberger, nomade, nuage, pirate, télésnober. See the details of the registrations and the awards here

The French embassy in Ireland wishes to thank warmly :

Mrs Sarah Cronin and her Firts year students from St. Fanahan’s College Mitchelstown, Co. Cork for their song "Les beaux gosses de St Fanahan’s". They win the first prize of the contest! An excellent use of the ten words and a clip full of enthousiasm and originality! They also welcomed French singer Caroline Moreau to their school for a singing workshop called "French singing in schools"! 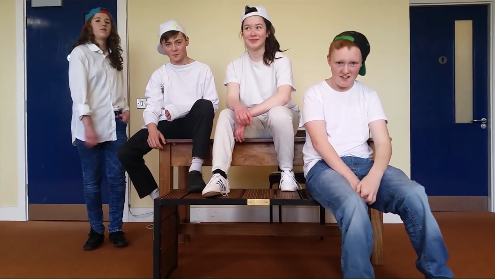 Mrs Sandrine Pac-Kenny and her TY class from Presentation Secondary School, Wexford, Co. Wexford for their song "Bonjour !". They win the second prize of the contest! A good use of the ten given words and a much appreciated effort of writing on the digital topic! 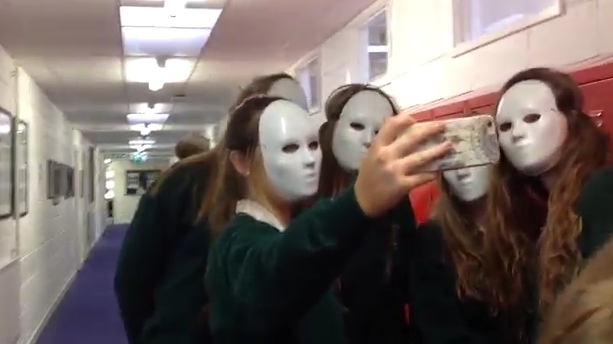 Mrs Avril Egan and her second year students from Coláiste Bhaile Chláir, Claregalway, Co. Galway for their song "On adore les émoticônes". They finish joint third of the contest! Congratulations on their interpretation and creativity! 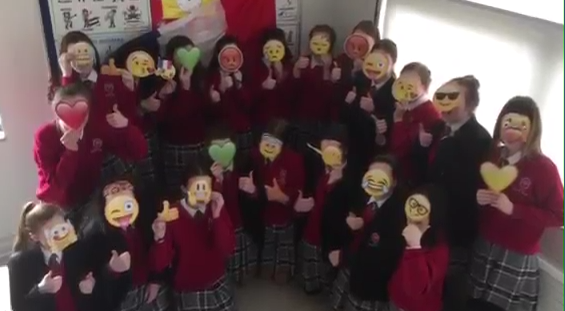 Mrs Kayleigh O’ Brien and her second year students from St. Fanahan’s College, Mitchelstown, Co. Cork for their song "Emoticône". They finish joint third of the contest! Congratulations on a dynamic and original video clip! 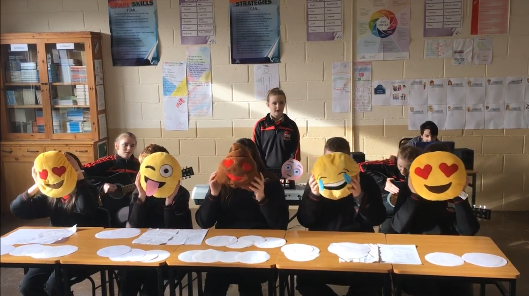 Special thanks to the following schools and teachers for their participation in the contest :

Mrs Laetitia André and her second year students from Thomond Community College, Limerick, Co. Limerick. for their participation with the song "Sympathique". A great interpretation for a quality video clip!

Mrs Ann Brudell and Laurelyne Leneutre and their students of the class 101 from Scoil Mhuire Secondary School, Strokestown, Co.Roscommon for their participation with the song "Boom". Congratulations on a funny and creative video clip!

Thanks to all the schools that participated in this 2017 edition of the contest. We definitely look forward to seeing you again next year to discover new video clips and have a lot of fun! !