Up for the prize amongst 6 other publications, her novel "The Little Red Chairs" (Les petites chaises rouges) was chosen by the 25 ambassadors composing the jury. 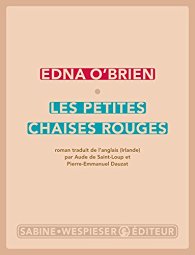 The 1500€ prize was awarded during a ceremony organised by the Embassy of Switzerland and the Embassy of Morocco, in Dublin on the 23rd of October 2017. 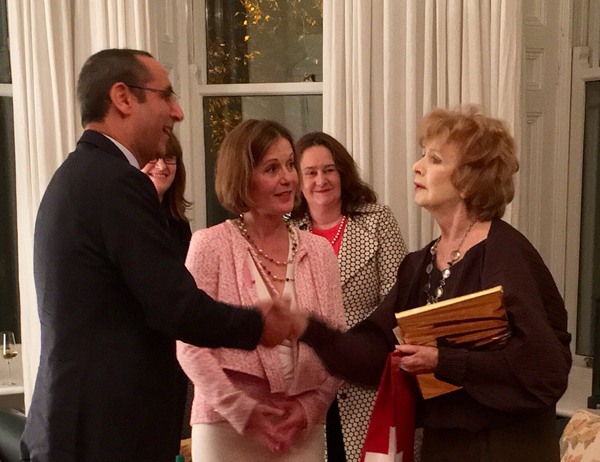 After a presentation of Edna O’Brien’s novel by UCD professor Anne Fogarty, the author went over her career in a passionate speech before a practically mesmerized audience. 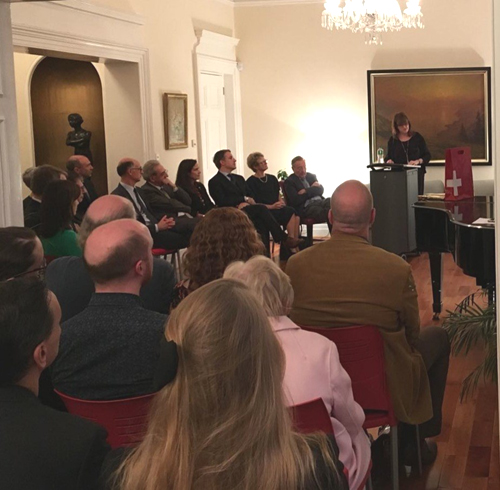 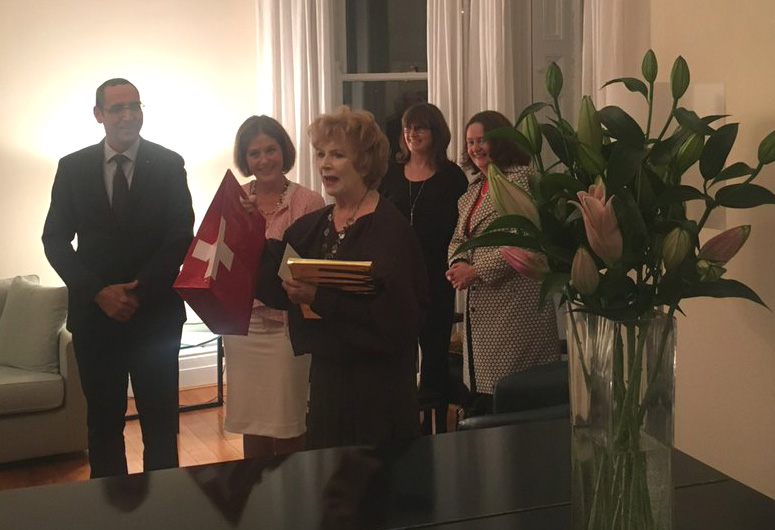 For more about the Ireland Francophonie Ambassadors’ Literary Award: https://ie.ambafrance.org/Prix-litteraire-des-Ambassadeurs-de-la-Francophonie-en-Irlande-2017