The European Book Club organized by EUNIC-Ireland is going on with a series of monthly discussions on a bestselling novel in English translation. Join us on the first Thursday of each month at 6pm with a live discussion with the author of the selected novel. 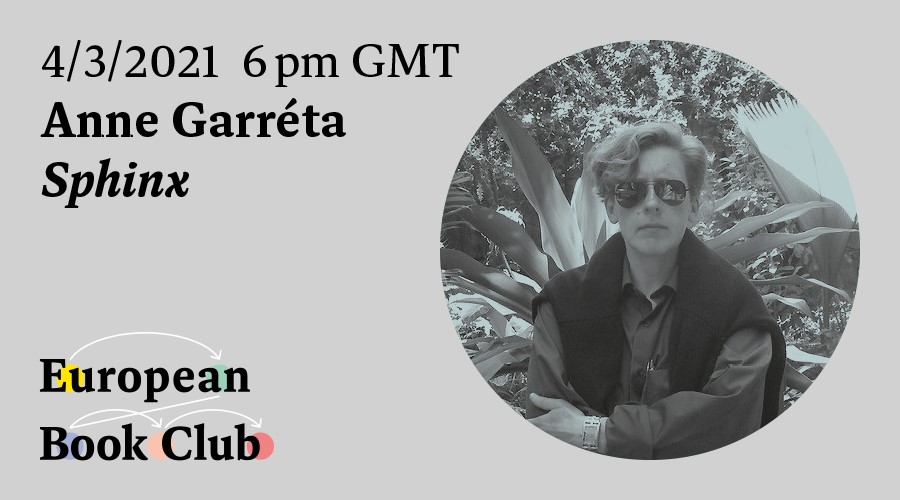 The French Embassy and the Alliance Française Dublin are particularly happy to present French author Anne Garréta who will talk about Sphinx the first genderless love story in French. The event will be presented in English by Jean-Philippe Imbert, professor of Comparative Literature and Sexuality Studies at DCU.

A graduate of the École Normale Supérieure, Anne Garréta has taught 17th and 18th century literature at various Universities (Princeton, Rennes 2, and Paris 7-Diderot). She is currently Research Professor in Literature at Duke University. Her research interests include the history and theory of the novel, the relationship between literature and the sciences, aesthetics, gender and queer theory. Sphinx is the remarkable debut novel, originally published in 1986, by the incredibly talented and inventive French author Anne Garréta, one of the few women members of Oulipo, the influential and exclusive French experimental literary group whose mission is to design mathematical and formal structures for use in literary creations. This slender novel tells the story of two lovers in Paris, without assigning a gender to either. It takes place in afterhours clubs and cabarets between a DJ (the narrator) and a dancer, A***.