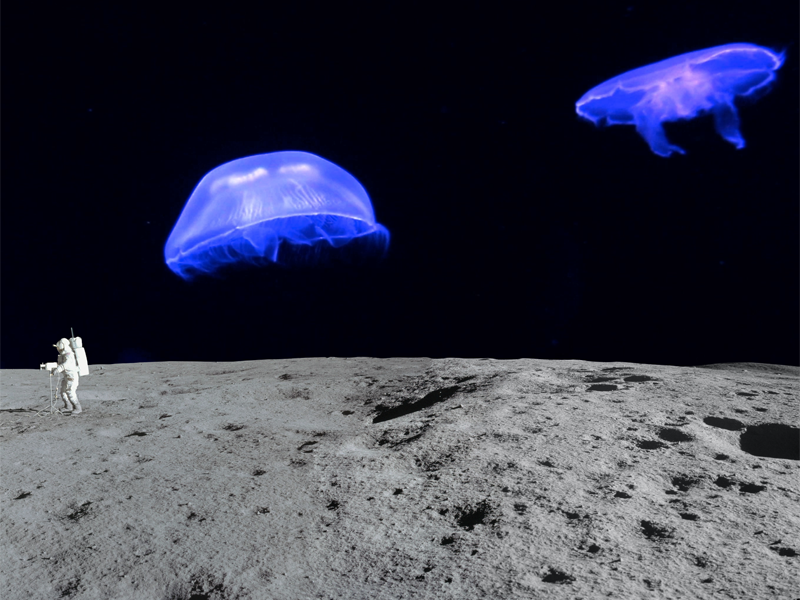 Why did the sea worm want to go to space?

Roscosmoe aims to develop and design a series of experiences and bioregenerative life-support systems to assess the behavior of the photosymbiotic marine worm Symsagittifera roscoffensis in a variety of gravitational environments, including zero gravity conditions. The interdisciplinary project Roscosmoe aims to study the potential of terrestrial and marine biodiversity in the field of space research. It connects marine biology, design, anthropology of science and intermedia art.

The rhythm of tides is a gravitational manifestation that results from lunar cycles. The species inhabiting this zone at the interface between the sea and the land have developed adaptations that shed light on behaviors in fluctuating, hyper-variable environments (life at the edges). 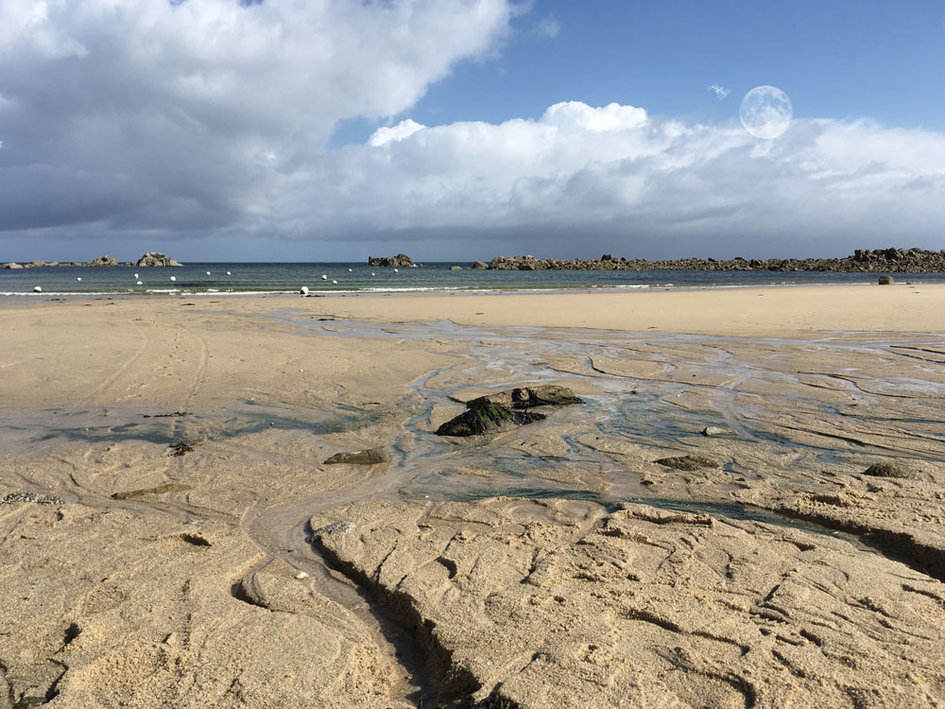 The Roscosmoe project takes on board the Symsagittifera roscoffensis, a marine worm from the Breton coastline, a "plant-animal" 3 to 4 mm long, whose way of life stimulates the curiosity of research in biology. It is in fact the photosynthetic activity of the micro-algae, which it shelters under its epidermis, which supplies the essential of its nutritive contributions. This partnership is called photosymbiosis, from photo, "light" and symbiosis, "who lives with". These photosynthetic marine animals live in colonies on the tidal zones of the Atlantic coast.

The biology of S. roscoffensis makes this marine species a potential model for the development of bio-regenerative life-support systems applied to space research: oxygen production, recycling of CO2 and waste nitrogen metabolism from the animal by hosted micro-algae, regenerative capacities of tissues (including the brain), energy autonomy ("embedded photosynthesis"). It is the controlled life cycle in the laboratory at the Roscoff Biological Station (marine institute in Brittany, France) which allows today to consider the design of research protocols involving this marine model in the space field.

The installation at the Science Gallery Dublin presents the first study of an autonomous module whose objective is to maintain in the long term the ecological conditions of a colony of S. roscoffensis marine worms in a closed circulating system. The design methodology of the Roscosmoe module is part of the UMBOT::MG Postgravityart artists collective research and based on the models of frugal science and open source and is implemented by a multidisciplinary team of scientists, artists, designers and researchers in the humanities.

Xavier Bailly is a doctor in molecular genetics and evolution. He is a CNRS research engineer at the Roscoff Biological Station, and directs the M3 Multicellular Marine Models laboratory. It implements and develops functional genetic tools on marine organisms dedicated to functional exploration throughout life cycles.

Artist, author, journalist and curator, Ewen Chardronnet contributes for twenty years to the development of collective works in the fields of the investigative art, space art, art & science and performance. As a journalist he collaborates with various magazines, including Makery, Solidarum and Ciel & Espace. In 2016, he published Mojave Epiphanie, une histoire secrète du programme spatial américain (Inculte editions).

Špela Petrič works on the border between digital arts, natural sciences, performance and artistic research. With the concept of ter(r)abiology, she examines the confrontations between living systems and systems of knowledge production, cultural and non-human, digital abstractions and material entities, which inevitably leads to production of works of art, agency and hybrid expression.

Miha Turšič is a Slovenian artist living in Amsterdam. He co-founded in 2009 and led until 2016 the Cultural Center for European Space Technologies (KSEVT) in Slovenia. He is currently responsible for the development of art & science platforms at the Waag Society in Amsterdam, and is cooperating with the ESTEC Research Center of the European Space Agency (Netherlands) and the Cosmonaut Training Center Yuri Gagarin ( Russia). Miha Turšič is a member of the artist collective Postgravityart.

With the support of French Embassy in Ireland.

ROSCOSMOE Why did the sea worm want to go to space?