Home > Culture and Science > Sciences & innovation > Who we are : the Scientific and Academic Service > Our past events and archives > Events: archives > 2013 Events > Festival of Curiosity

The festival of Curiosity and the French Embassy in Ireland present AMAZING SCIENCE. Reinventing the first American Science Fiction Magazine, published in 1926, with twenty-first century science through a blend of creative writing, 1920’s shock graphics and pop-culture. In 1926, the first American science fiction magazine appeared, called Amazing Stories. Complete with shock graphics, colourful striking typography and mysterious prospects, the publication edited by Hugo Gernsback enchanted its readers with “scientific romances.” Almost a century later Inserm and CEA launched AMAZING SCIENCE, an exhibition that reinvents this twentieth century science fiction classic with science of the twenty-first century. Making bold use of the covers of these magazines the exhibition continues in the same adventure style as ‘Amazing Stories’. From the infinitely small to the infinitely large, the most advanced areas of science are now the realm of unexpected encounters with real and imaginary worlds, The Amazing Science exhibition blends twenty-first century science, creative writing and popular culture. Arousing astonishment, wonder, but sometimes fear, these encounters once again fuel the imagination and the thinking of an era.

Prof. Thierry Galli, neuroscientist at Inserm, French National Institute of Health and Medical Research, will be among the guests

Tales of Science, Serendipity & Accidental Ideas That Changed The World 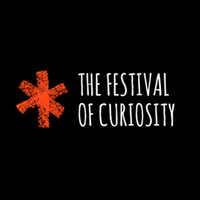 To tell their personal tales of science, serendipity and accidental ideas that changed the world – a collection of the world’s most curious minds (from Ireland, France & abroad) will assemble in Dublin to join DARA Ó BRIAIN at Smock Alley Theatre for an evening of intriguing tales. Set against the back drop Smock Alley Theatre, one of Europe’s oldest theatres, this once off evening in Dublin, will be sure to inspire, excite and intrigue even the most curious of minds.