On the occasion of International Women’s Day, the French Embassy in Ireland in association with the Alliance française Dublin, is delighted to present the Irish premiere of the film ‘Women and Men’(Des femmes et des hommes) with director Frédérique Bedos in attendance.

The film takes an in-depth look at persistent gender inequality and reveals some surprising economic and social advantages of women empowerment. Already viewed by 35 million people around the world, it was presented at the UNESCO in Paris and at the United Nations in New York and Geneva. The film won the Silver Award at the Deauville Green Awards 2016 Festival and was selected at the Positive Cinema Week at the Cannes Film Festival.

This documentary deals with gender equality in its economic, cultural, educational, historic and religious aspects and gives a voice to international key players.

“Women and Men” aims to raise awareness on the challenge of improving gender equality and on what can be done to improve women’s access to leadership. Equality for all is the way to progress.

Synopsis From North to South, from occidental cities to the smallest villages, gender inequality prevails. Whatever the religion, culture or level of education, women are discriminated against… By making a shocking overview of today’s situation, this feature appeals to true historical, political and economic issues of the discriminations all over the world. Through a collection of key testimonies, « Women and Men » makes us realise that, to face contemporary challenges, the path of equality for all is the path of progress.

Biography: Frédérique Bedos has been a journalist for 15 years and TV or radio host in France and internationally. She animated numerous prestigious shows running in prime time. In 2010, she decided to jump into the unknown to found the Humble Heroes NGO, an information NGO that made its goal to inspire to action. Her first inspiration, her adoptive parents from north of France that have brought her in as well as more than twenty « inadoptables » from the whole world. With the Humble Heroes NGO, Frédérique sheds light on women and men that are adventuring into the unknown and make us realise that everything is possible. The «Humble Heroes».

The film has already been presented in the following institutions:

2015 UNESCO - Paris 4th International Forum on the role of women in the fight against poverty, 29th of June 2015. United Nations - New York Closing of the 59th Worldwide Summit on Women’s Condition, 13th of March 2015. United Nations – Geneva International Women Day and ending of the 28th session of the Council for Human Rights, 6th of March 2015. Hôtel Matignon - official residence of the Prime Minister of France – Paris The following day of the Charlie Hebdo and Hyper Cacher shootings, 23rd of January 2015. Assemblée Nationale – Paris With the support of the French Ministry of Foreign Affairs, debate on « Women against Extremism », 17th of September 2015. 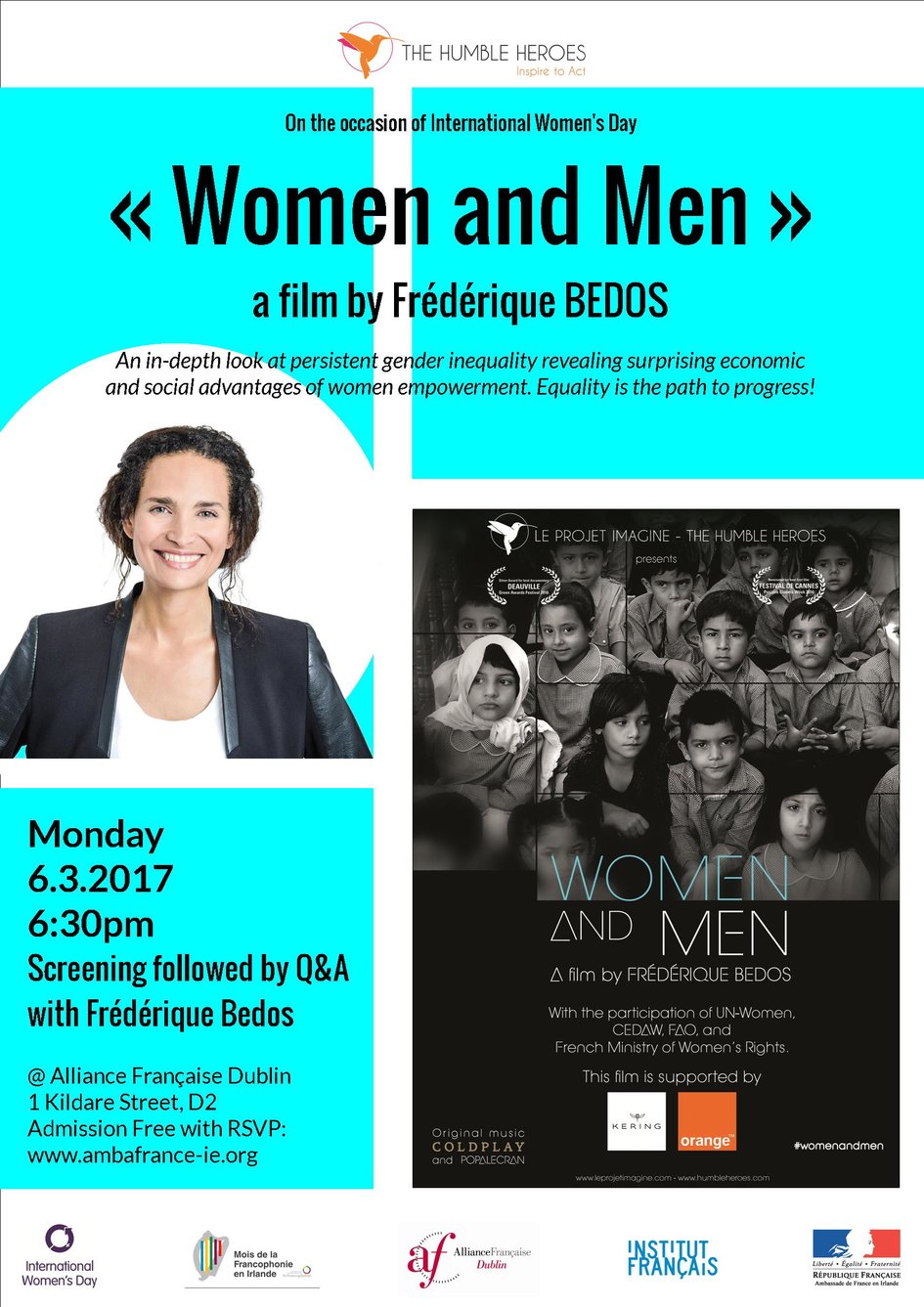