Home > Culture and Science > Education & French Language > Sport > Football : The Olympique de Marseille U13 at the Academy Cup in (...)

Football : The Olympique de Marseille U13 at the Academy Cup in Dublin [fr]

The U13 from Marseille will represent France in the tournament that gathers teams from all around Europe on the 14th, 15th and 16th of April!

In 2017, the Academy Cup Tournament is staging for the 9th time over the Easter weekend (April 14th – 16th )at Shanowen Road, Dublin.

Reigning champions from Barcelona FC and 2015 Academy Cup champions Deportivo La Coruna will return and the Spanish teams will be joined by Belgian Club KRC Genk who, along with French visitors of Olympique de Marseille, are making their first appearance in the competition and twice runners-up West Bromwich Albion. The local U13 Premier team of St Kevin’s Boys Club, also twice runners up, complete the six team line-up in what is now regarded as one of the top European tournaments for elite players at Under 13 age group. 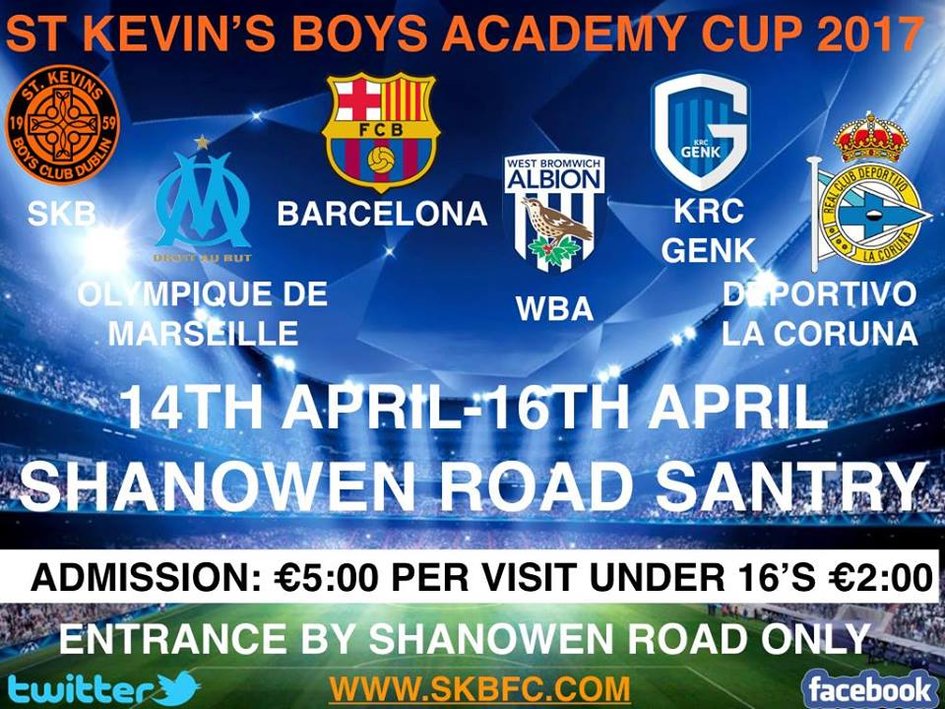 This strong line-up of teams is sure to provide a great spectacle of top class football as it did last year when Barcelona were crowned champions defeating St Kevin’s Boys on penalties in an exciting final. The tournament is sure to attract large crowds over the three days of play which starts on Good Friday morning with the first game at 10.00am between St Kevin’s Boys Club and KRC Genk.

There will be five sessions of games over the three days, scheduled as follows :