Home > Culture and Science > Sciences & innovation > Who we are : the Scientific and Academic Service > Our past events and archives > Events: archives > 2016 Events > Four prominent academic characters presented with the Palmes (...)

On Wednesday 30th November, Dr. Éamon Maher, Dr. Marie-Luce Paris, Prof. Jean-Michel Picard and Dr. Jean-Paul Pittion were presented with the Palmes Académiques insignia for their important role in the development of Franco-Irish scientific and academic relations. Dr. Éamon Maher teaches French literature and language at the Institute of Technology Tallaght. He holds a PhD in French literature and is the director of the National Centre for Franco-Irish Studies, President and founding member of the Association of Franco-Irish Studies Associate Editor of the Irish Book Review and member of the Executive Committee of the Association des Etudes Françaises et Francophones d’Irlande (ADEFFI). He was already presented with the Palmes Académiques insignia (Chevalier) and since then, Éamon has always continued promoting French language and literature, through his publications, seminars and conferences he organises, by supervising Master’s and Phd students in France and Ireland. Éamon Maher is now Officier de l’Ordre des Palmes Académiques. Dr. Marie-Luce Paris (Chevalier de l’Ordre des Palmes Académiques) teaches law in University College Dublin. She is a member in several learned societies, such as the Academy of European Public Law (EPLO), the Irish Society of Comparative Law, the European Union Studies Association (EUSA) and the Irish Centre for European Law (ICEL). She supervised several PhD theses and published several articles in many journals. She is at the head of two double-degrees, which are prominent in French – Irish academic relations:Bachelor of Civil Law with French Law and Bachelor of Civil Law. These degrees train Irish students to French civil law and their alumni are today working in key areas of Irish legislation and keep a strong link with France. Prof. Jean-Michel Picard teaches in University College Dublin where he did his entire academic career. He held several positions such as Associate Dean for Arts, Literature and Languages, head of the French Department, Head of the School of Languages and Literature. He often takes part to the French-Irish Literature Festival. Already Chevalier de l’Ordre des Palmes Académiques, he is also a Royal Irish Academy member, where he is as well member of the editing committee of the Dictionary of Medieval Latin from Celtic Sources. Jean-Michel Picard is now Officier de l’Ordre des Palmes Académiques. Dr. Jean-Paul Pittion was a lecturer in history in Trinity College Dublin, where he is today a Fellow. Today retired, he taught in the Centre d’Etudes Supérieures de la Renaissance in the Université François-Rabelais of Tours where he still regularly teaches. He is an active member of the France-Ireland History Society launched in 2015 by the Embassy of France in Ireland. All along his career, and still today, Jean-Paul Pittion has been committed to understand and promote the historical, intellectual and cultural links between France and Ireland, for which he was presented with the insignia of Chevalier, Officier and today Commandeur de l’ordre des Palmes Académiques. He is the author and editor of many books and has taken part to the elaboration of two online database and contributed to 25 collective books and proceedings. 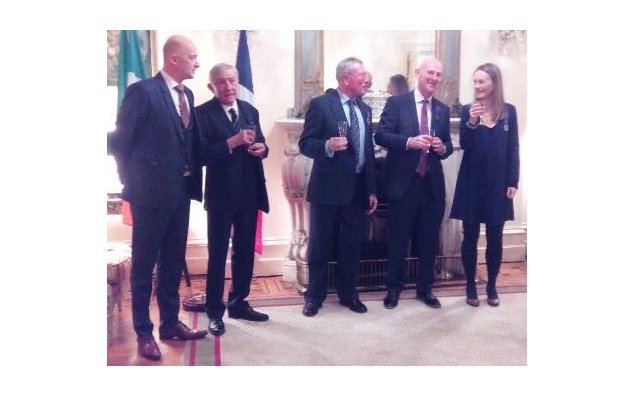 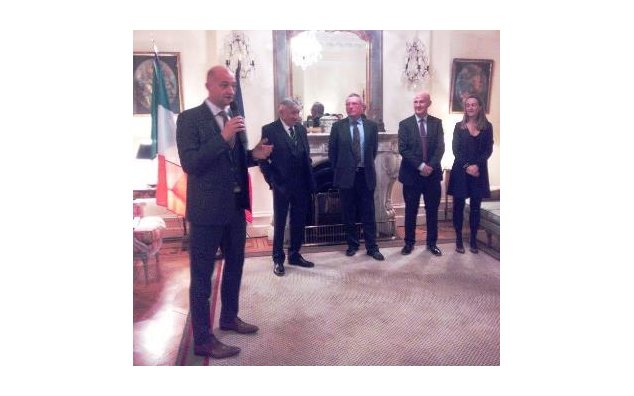 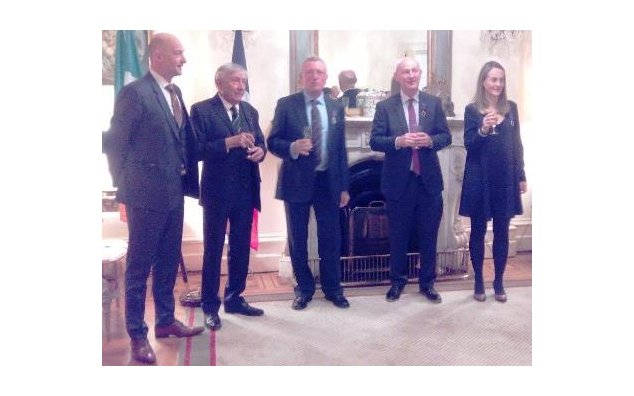 The ceremony took place at the Résidence of France in Ireland, amongst kins and colleagues of the four recipients.