Nominated for his novel Maintenant ou jamais [The thrill of it all], discover who is Joseph O’Connor as well as the novel’s translator Carine Chichereau ! 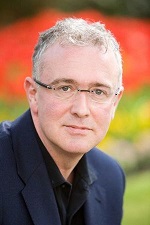 Joseph O’Connor was born and lives in Dublin. Journalist for over 10 years, he has written thirteen books, including Cowboys and Indians, Desperadoes, The Salesman, Inishowen and Star of the Sea, which became an international bestseller, and is the creator and editor of Yeats is Dead!, a serial novel by fifteen Irish writers for. Redemption Falls was published in 2007 and Ghost Light, about the clandestine relationship between J.M. Synge and Molly Allgood, was published in 2010 and was named the ‘Dublin: One City, One Book’ choice for April 2011. Where Have You Been?, a collection of short stories, was nominated for Novel of the Year at the Irish Book Awards in 2012. The Thrill of It All, published in 2014, is his most recent novel. O’Connor’s work has been translated into several languages.

presentation of Maintenant ou jamais by éditions Phébus (in French)

An interview with the author about the book : 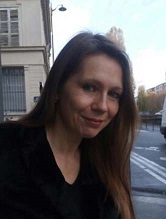 Originally from Saint Brieuc, Carine Chichereau lives in Paris. She translates from English to French and has translated some seventy works over the past twenty years, including works by the likes of Henry Miller, Henry James and Lauren Groff. Between 1993 and 2008, Carine regularly translated articles for the literary review Europe. She claims to have a special connection with Ireland and has translated books by Joseph O’Connor, Jamie O’Neill and Darragh McKeon in recent years. More info: read her interview by Encres Vagabondes (in French).