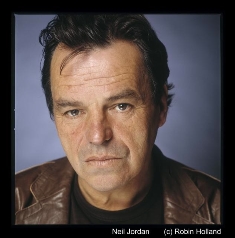 Born in Sligo, Neil Jordan started out as a writer before turning to directing film. A co-founder of The Irish Writers’ Cooperative in 1974, he went on to win The Guardian Fiction Prize and Somerset Maugham Award for his book of short stories Night in Tunisia (1976). Since then, Jordan has published seven novels: The Past (1979), The Dream of a Beast (1983), Sunrise with Sea Monster (1994), Shade (2004, winner of the Kerry Group Irish Fiction Award 2005), Mistaken (2011), The Drowned Detective and Carnivalesque (2017). A world-renowned and award-winning screenwriter and director, Jordan’s films include The Company of Wolves, the Academy Award-winning The Crying Game, Michael Collins and Interview with a Vampire. Neil Jordan lives in Dalkey, Co. Dublin. In The Drowned Detective (Bloomsbury Publishing, 2016), Jonathan is a private detective in a crumbling eastern European city. He is drowning in his work, his unsuccessful marriage and the sinister landscape that engulfs him. He is then approached by an elderly couple to investigate the disappearance of their daughter two decades prior, and finds himself dragged into her ghostly world of confusion and intrigue. The city he thought he knew becomes mysterious and threatening.

Florence Lévy-Paoloni has been translating from English into French for thirty years, specialising in literary fiction and art history. Many of her translations have been published by Éditions Joëlle Losfeld – among them The Temporary Gentleman/L’homme provisoire (2014) and On Canaan’s Side/Du côté de Canaan (2012) by Sebastian Barry – and Thames and Hudson, most notably The High Renaissance and Mannerism/La Haute renaissance et le maniérisme (1995) and Michelangelo/Michel-Ange (1994) by Linda Murray. She has also worked on articles for Le Monde.