Highly regarded by his peers (distinguished by the Ecole Centrale, MIT, awarded the ’Edmond Brun’ prize in 1998 by the French Academy of Sciences), Frédéric Dias specialises in ocean waves and hydrodynamics. He is one of the top 4 or 5 researchers in Ireland who, in the words of the European Research Council, "engage in pioneering research, at the frontier of knowledge in their domain". He published a number of popular science articles in ’La Recherche’ and ’Pour la Science’, and was awarded in 2007 the La Recherche prize for a project on extreme waves. 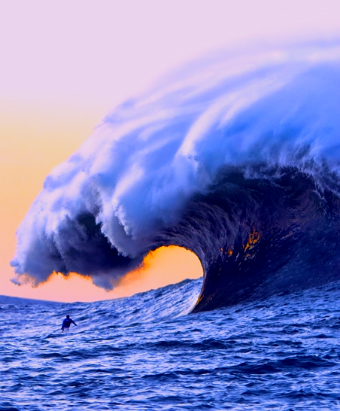 Frédéric Dias is the recipient of an Advanced grant by the European Research Council (ERC) for distinguished research in the area of Physics. He is jointly leading the Multiwave project, a €1.8 million study, with optics expert Prof. John Dudley from the Departments of Physics and Optics at the University of Franche-Comté and the CNRS in France. The only award of its kind, the Multiwave project will literally shed light on the mysteries behind freak waves in the ocean - by looking at how such waves can arise in optical systems.