Like many schools in Ireland, the Scoil Shéamais Naofa in Barna has its own little French Club where students are invited to initiate themselves to the French language and culture in a fun and educational way. Máire Keady Baker, Principal from the school has invited Catherine Gagneux, Honorary Consul in Galway, to come and meet the students and teachers from that French Club. For the event the pupils had organised a fabulous welcome: they were all dressed in blue, white, red colours, some wore moustaches and berets and even a big map of France! Few hand posters, collages and a painting were on display and the tables were filled up with French themed food items…including a bottle of wine! 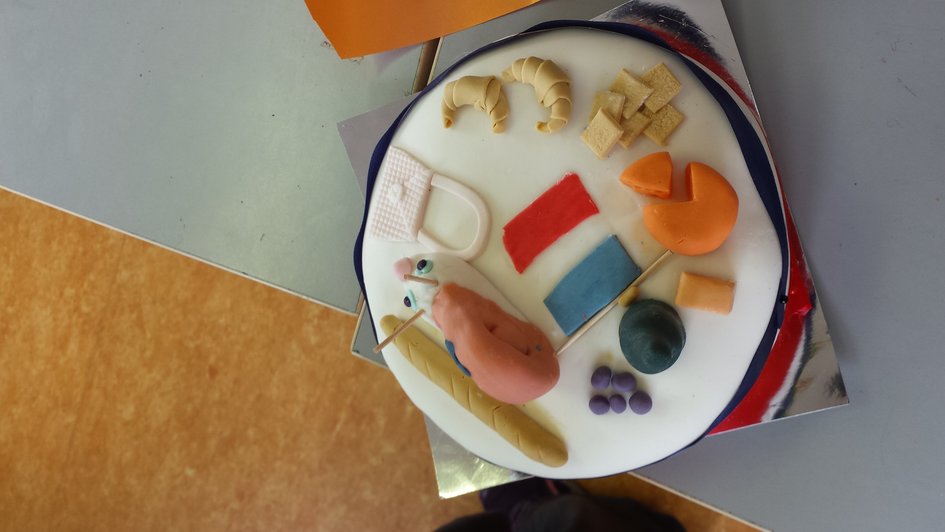 Catherine Gagneux introduced France to the pupils via a fun quiz and talked about the great and long relationship between France and Ireland, about the role of Embassies and about the benefits about learning foreign languages and especially French. Other speakers such as French mothers and older students shared their opinions and answered some questions from the youngsters. 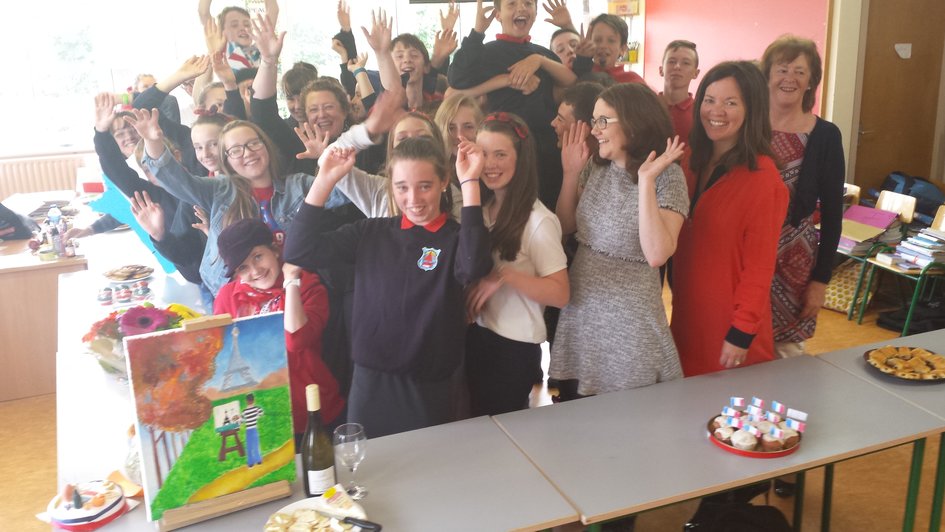