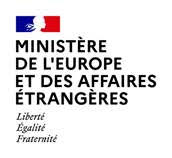 I took part in the G7 Foreign Ministers’ Meeting held by videoconference on March 25, under the presidency of the United States.

The discussion held by the G7 foreign ministers, together with the high representative of the European Union, focused mainly on the response to the COVID-19 pandemic.

This exchange of views took place within the framework established by the heads of state and government during their meeting on March 16.

They took stock of the situation in their respective countries and elsewhere in the world with respect to the scale of the epidemic and the measures undertaken. They expressed their solidarity with all those affected by the disease. There was a broad convergence of views on the following points, identified in particular by the European participants:

The need to strengthen international cooperation to combat COVID-19 and in particular vital support for the World Health Organization (WHO), both in terms of the direct response to the crisis as well as the strengthening of health and research systems.

The need to coordinate our efforts in order to allow our citizens who are temporarily overseas to return home. The huge efforts currently being undertaken, which have already enabled almost 100,000 nationals to return to France as of March 25, will continue, assuming that airports and major airport hubs, as well as air routes, remain open. As we have proposed, the G7 countries will coordinate their efforts with third countries to that end.

The minister underscored the need to combat any attempt to exploit the crisis for political purposes and expressed the view that the unity of all in order to effectively combat the pandemic must now take precedence over any other considerations. Together with his colleagues, he reaffirmed the need to ensure broad access to information based on scientific knowledge, a key element in the fight against the pandemic.