Home > Culture and Science > Sciences & innovation > Who we are : the Scientific and Academic Service > Our past events and archives > Events: archives > 2012 Events > 2012 GENDER & SCIENCE Anne Pépin in Dublin 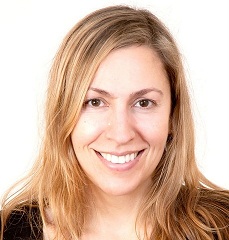 Anne Pépin is a senior researcher at CNRS, specialized in nanotechnology. She has also been a scientific advisor at the “Mission pour la place des femmes au CNRS” since 2006. She holds degrees from the Université de Montréal, Canada (1989), Ecole Supérieure d’Electricité, France (1991), a Ph.D. from the Université Paris 6, France (1995) and was a post-doctoral fellow at MIT, USA, before joining CNRS in 1996. She was awarded the CNRS Bronze Medal in 2003. In 2006, Anne Pépin initiated a comparative study on actions developed in USA and Canada to attract, retain and advance women in science and engineering. She is currently the local CNRS coordinator for the European Commission FP7-funded INTEGER project (for INstitutional Transformation for Effecting Gender Equality in Research) which also involves Trinity College Dublin.

In collaboration with the Cultural and Scientific Service of the French Embassy in Ireland Anne Pépin will present her research at the Alliance Française with a talk entitled “Gender Equality in Science: is the CNRS a Front Runner?”

Anne Pépin will also present her work on the project INTEGER along with her collaborators Caroline Roughneen, Virginija Sidlauskiene, Jane Butcher, Paul Walton at “Euroscience Open Forum 2012” in July.The gender balance in research in science, technology, engineering and maths is a concern across Europe. The numbers of women are low, and few hold senior positions.Join this lively discussion and speaker session, which aims to generate a vision of the research environment that will enable women to participate and progress equally alongside their male colleagues. The benefits of this diverse and thriving research workforce will be set out. The empowerment of decision makers, organisational structures, career progression, development and support, and work-life balance will all be up for debate. The speakers will share their visions of a gender-balanced future in STEM (Science, Technology, Engineering and Maths) research and identify strategies to transform it. They will also outline the INTEGER Project, an EC FP7-funded initiative focussing on women researchers in STEM. There will be an emphasis on audience participation through hand held voting, open discussion and feedback.“Creating the ideal workplace for women researchers in STEM“ by Caroline Roughneen, Anne Pépin, Virginija Sidlauskiene, Jane Butcher and Paul Walton