The 14th of July is an opportunity to celebrate all things French! Join one of the various celebrations held in Ireland and celebrate Bastille Day with us!

Musical program and festivities at the Church Bar

The night of the 13th July between 7 and 9 p.m, join us for an aperitif in a 100% French ambiance with lounge music.

From 10 p.m onwards the doors of the bar will open and a selection of French DJs will propose a French music night including: Rock, French and international classics and Electro music ! Admission to this event is free.

The following day, you will be treated to a Crêpes Bretonnes stand, French culinary specialities, pétanque competitions and music will be the program from 5 p.m onwards; the guests will be able to celebrate this National day in a summery atmosphere à la française.

The team from Petit Journal will have some surprises for you too !

The Church Bar, is a famous pub built originally as a church : it houses a bar, an restaurant a superb terrace as well as a night-club ...for more information 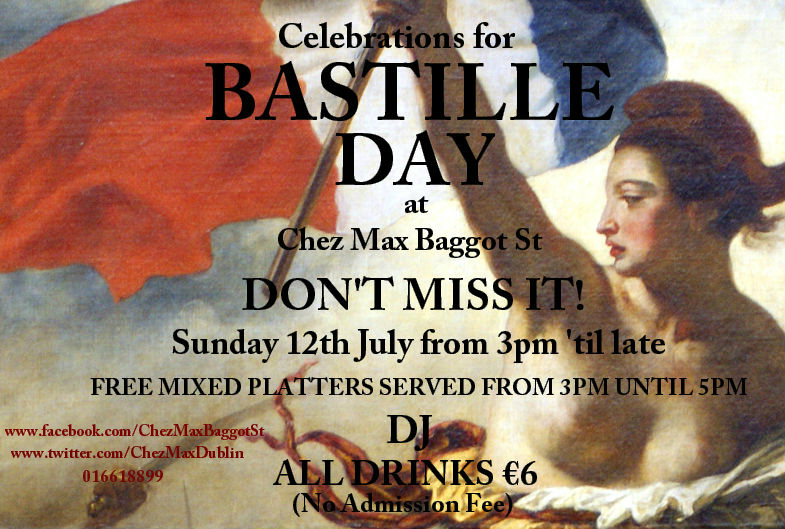 A music celebration at Rouge Restaurant in Galway. Get ready for some karaoke time and a song contest on the following songs:

Where? 7 Pery Square, Limerick When? Tuesday 14th of July, from 6pm to 8pm