Christian Gouiffès, CEA-Saclay researcher, talks about the story behind his collaboration with Andy Shearer, from NUI Galway.

" In 1999, the symposium « Pulsar astronomy – 2000 and beyond » was held in Bonn. The conference’s name was like a premonition: it was on this occasion that I met Andy Shearer, from NUI Galway, and that started the ongoing and still very active collaboration.

The Crab Nebula
The Crab nebula (on the left, in visible light) is what remains from a star exploding in 1054. The nebula hosts a pulsar, the Crab pulsar, which has a rotation period of 33 milliseconds i.e 33 rotations per second. The central image and the one on the right are successive zooms of the central region. The blue and red arrows, which start coincidently with the pulsar position, show that the direction of the radiation polarisation observed between 2005 and 2012. The change observed could be caused by a reconfiguration of the magnetic field in the region close to the pulsar. © ESO/HST/NUIG/CEA

Andy was the head researcher at NUI Galway while I was a researcher within the Astrophysics Division at CEA-Saclay after having worked for several years at the European Southern Observatory (ESO) in Chile and in Germany. Both Andy and I were interested in studying pulsars and, more precisely, optical pulsars. Pulsars are highly magnetised rotating neutron stars. The electromagnetic radiation they emit led to their discovery 50 years ago. These compact stars come from the collapse of a massive star, 10 to 20 times more massive than the sun. The explosion forms a dense star (a solar mass in a 10-km radius sphere) consisting primarily of neutrons and that spins on itself ten to hundreds of times per second. If the light beam emitted by the star’s hotspot is clever enough to intercept the Earth, the observer can then perceive a periodic signal at the star’s rotation frequency – the star playing the role of a celestial lighthouse, sweeping its light beam through space. But the signal received is weak, and we need a big telescope and an adapted instrumentation to cut it into thin temporal slices. So we decided, Andy and I, to work together and, that way to go from competing teams to close collaborators.

Among the pulsars we study, the Crab pulsar holds a particular place in our research and was at the heart of the Ulysses scheme. The Galway team designed and built the GASP Polarimeter that collects light in the visible range. The Integral satellite, on the other hand, is sensible to X and gamma-rays. Indeed, the Astrophysics Division is strongly involved in this spatial observatory, which has been operating since 2002. Both instruments, in a complementary energy range, allowed us to strengthen considerably our comprehension of the physical mechanisms taking place in pulsars, mechanisms far from being understood today. In particular we are studying the polarisation of the light coming from the pulsar and its close environment and we have recently highlighted identical variations in the visible light and in the energy range covered by the Integral satellite – that is to say at much higher energy. The support given by the Ulysses scheme in conducting this programme was very useful, unifying, and allowed several exchanges in particular with Paul Moran, a PhD student tutored by Andy Shearer and active member of the programme. 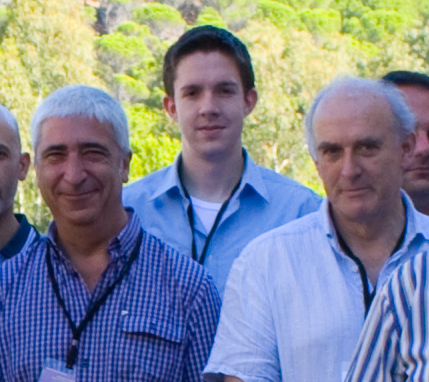 Our researches are continuing with complementary information supplied by radio telescopes, insuring to our project a bright future, to the satisfaction of researchers from Galway and Saclay. " Christian Gouiffès, CEA Saclay

About the Astrophysics Division, CEA-Saclay

About the Centre for Astronomy, NUI Galway