On the 23rd and the 24th of March 2018, 13 teams took part in an intense debating contest at Queen’s University Belfast, as part of the Month of la Francophonie Festival.

The intervarsity francophone debates 2018 have been and gone! On the 23rd and the 24th of March, 13 teams took part in an intense debating contest at Queen’s University Belfast. This event, as a part of the Month of la Francophonie Festival, is a tradition within our Embassy: the cup has been in place since 1983!

The Intervarsity Francophone Debates allow Irish students to practice their French while developping their skills on how to build arguments and speak in front of an audience.

This year orality was the chosen themes discussed throughout four rounds:

The jury assessed the teams and their performances in order to award three prizes: the winning team and the two best speakers.

With a panel of arguments as rich as they were surprising, each performance was of high quality. The jury members and the audience were able to witness real dynamism and team spirit at all times!

The Embassy of France in Ireland warmly thanks all the intervarsity francophone debates 2018 participants, as well as the audience, members of the jury and special thanks to the organisors - Queen’s University Belfast - French Society. 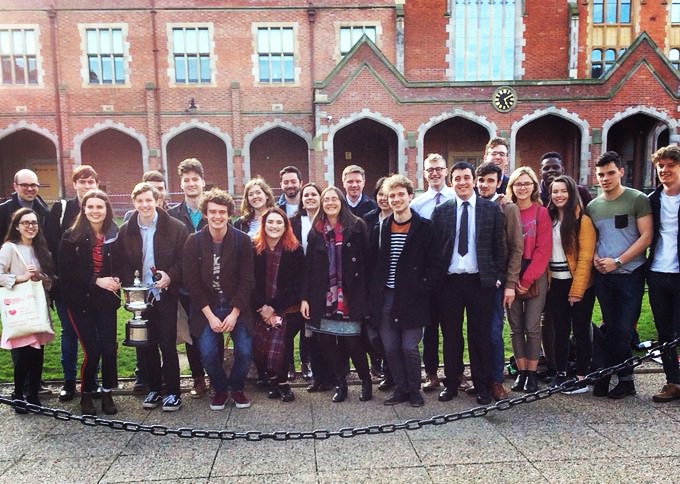