Ireland & France working on new ways to be connected [fr]

We met with Dr Carlos Bader, from Centrale Supélec Rennes, who described his long-time connection with Ireland, and, more precisely, with the CONNECT Research Centre in Dublin.

"The relationship with CONNECT research centre in Dublin (former name CTVR) at Trinity College of Dublin and the SCEE research group of Centrale Supélec (Campus of Rennes) in France, has deep roots in the European COST action IC 902 "Cognitive Radio and Networking for Cooperative Coexistence of Heterogeneous Wireless Networks” that finished in 2013. Both institutions have jointly worked in organising several dissemination actions (summer schools, and workshops) in the field of cognitive communication systems and tools.

The nowadays technical focus and relationship over ULYSSES PHC action is mainly based on the study of new waveforms for the 5th generation of wireless technologies which is of great interest for both teams. While fundamental research for 5G is now well under way, the still open question and part of intensive discussions is: what actually makes a 5G system and what are the drivers? It is outlined that 5G should be driven by applications and reference scenarios not possible today or even unimaginable with current technology. While an LTE (Long Term Evolution-4G) system is tailored to maximize the performance by enforcing strict synchronism and orthogonality, the emerging trends for 5G networks reveal major pitfalls: 1. Machine-type communications (MTC) require bulky procedures to ensure strict synchronism. 2. Collaborative schemes use tremendous efforts to collect gains under the premise of strict synchronism and orthogonality. 3. Efficient carrier aggregation requires systems that can limit their out-of-band emission to fit into the fragmented spectrum.

Altogether the wireless access has to be flexible, scalable, robust, reliable and efficient in terms of both energy and spectrum. As the research on flexible waveforms is at its early stage, there are a number of unanswered questions. We are particularly interested in Multi -user communications, e.g. MTC or the effect of the time frequency misalignment in uplink MTC scenario which are not well addressed yet. 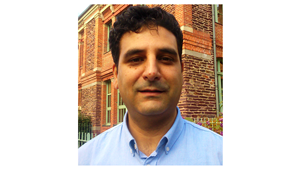 Besides the above mentioned actions with CONNECT centre, a technical talk has been presented at University College Dublin’s Internet of Things Lab (IoE2), about current Personal Mobile Radio communication (Communications for emergency and public safety) status, migration, and flexible waveform for an evolution to broadband LTE-like scheme for public safety communications. The main goal of this talk was to present the new trends on the development of a broadband system for personal public disaster relief communications, and the fundamental role of the flexible waveforms for the systems coexistence with actual commercial systems deployed in PMR band. This talk aimed to help each research group (SCEE at Centrale Supélec and IoE2 at UCD) to define possible technical and research actions in a short future and strengthen our relation with joint actions."