Thanks to the initiative of Stephen Dunford (also known affectionately as ‘General Dunford’), Irish National School pupils throughout County Mayo can now learn more about the exploits of French General Humbert who in 1798, commanding a small army of French troops and Irish volunteers attempted to free Ireland from British rule and in turn, establish Ireland as a Republic.

Since known as ‘The Year of the French,’ this epochal period brings to the fore the strong, shared, and symbolic historical connections that exist between France and Ireland, particularly with County Mayo, otherwise ’French Mayo,’ where Humbert first came ashore, and which continue to flourish. 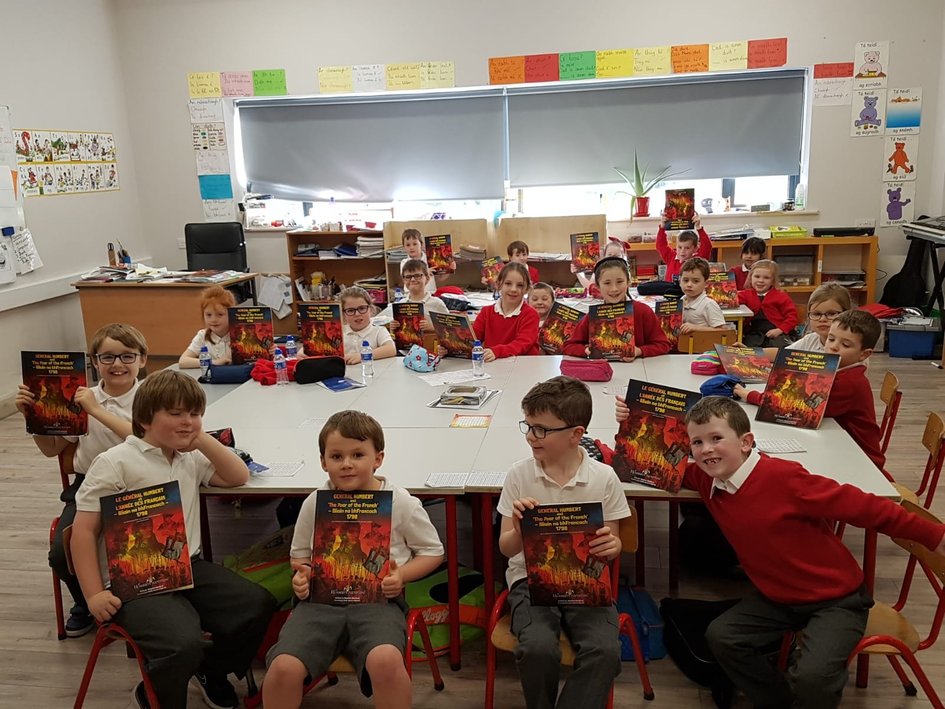 Written for the younger reader and for use by teachers as an accessible teaching aid, this full colour bi-lingual booklet (English and French) not only documents and identifies the early historic connections between the two nations, it also focuses on and retraces, in particular, the origins of General Humbert back to Les Vosges, in the East of France. Added to which, it also references significant French and Irish historical figures, and elucidates the connections through the use of historical stories, anecdotes, poetry, music, questionnaires, drawings, photographs and contemporary prints.

Endorsed by both the French Ambassador Stéphane Crouzat to Ireland and the Irish Ambassador to France Patricia O’Brien, in a similar initiative, the book is also currently being made available to schools in France in Remiremont and St Nabord (in les Vosges) and soon young French pupils in the region will be able to learn more about this local, national, and international hero and also about their connections with Ireland.

To date, 2,600 hard copies of the 84 page booklet have been given to schools in County Mayo.

An English version may be downloaded for free here.

Stephen Dunford (originally from Mayo) is an author/historian, award-winning broadcaster/producer, poet and musician. Awarded the medal of promotion of French tourism in 2017 he was chosen as the Mayo Culture Person of the Year in 2018. A historical reenactor, Stephen has organised several ’living history’ events including ‘In Humbert’s Footsteps’ in 2013 which was the overall national event winner during that ’Gathering Year.’ 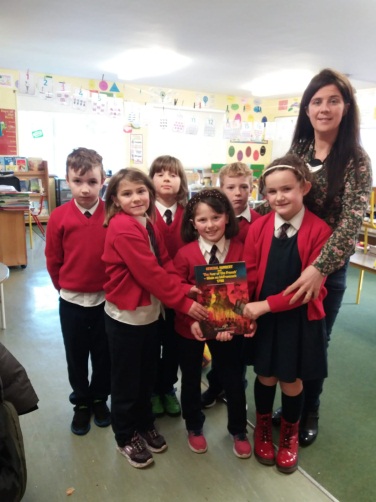 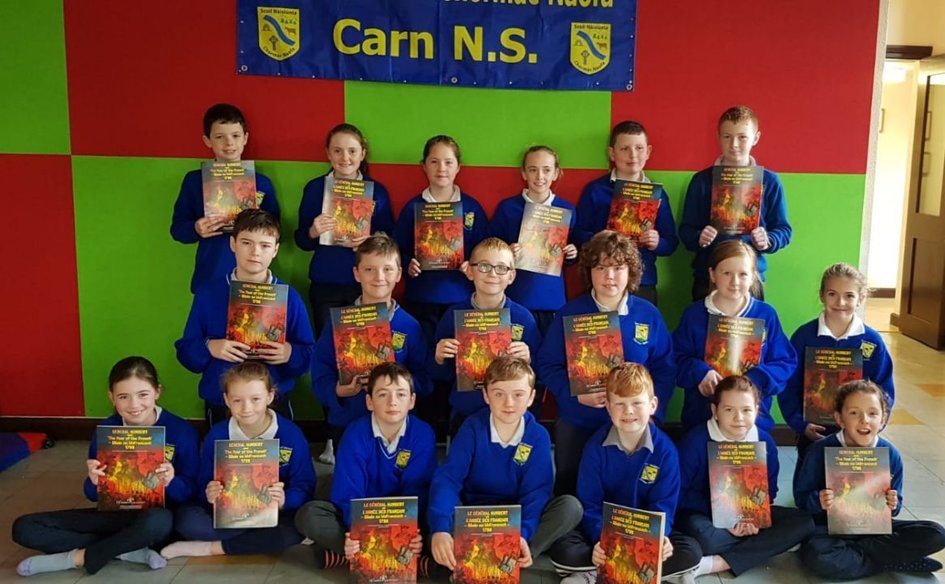 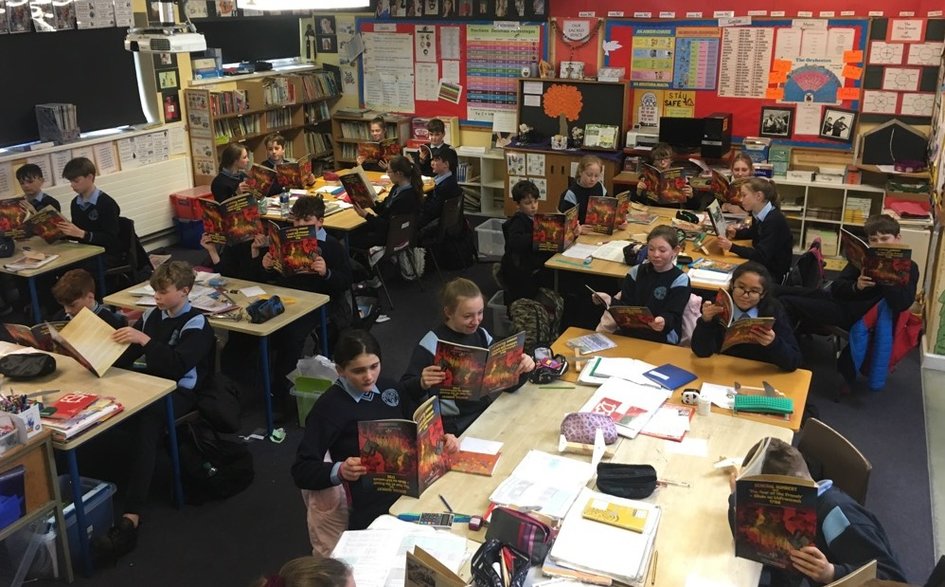 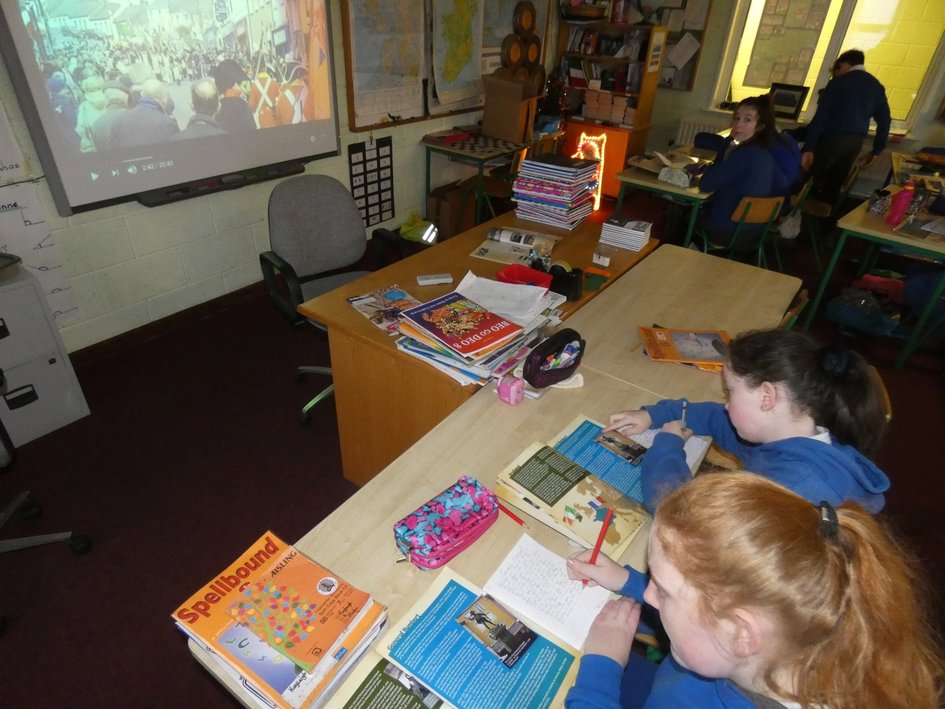