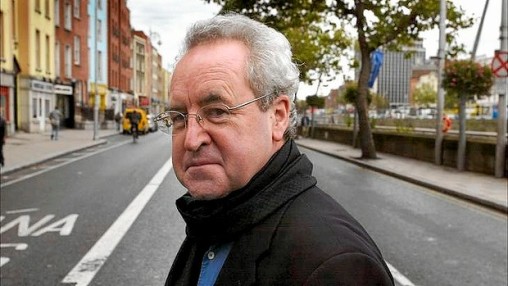 On Tuesday 24th June 2014, Irish writer John Banville, was named a Knight in the French Ordre des Arts et Lettres by French Ambassador to Ireland Mr. Jean-Pierre Thébault during a ceremony at the Residence of France.

Irish writer John Banville is one of the most important literary novelists writing in the English language today. He has published more than fifteen novels and numerous literary critics and has been a former literary editor of The Irish Times. Banville has received numerous awards in his career. In 2005, his novel The Sea won the Man Booker Prize. Recognised for his precise, cold, forensic prose style, Nabokovian inventiveness, and for the dark humour of his narrators, Banville is considered to be one of the major figures of contemporary European literature. He is also an admirer of French literature : Flaubert, Proust and Simenon are among the references he quotes most willingly. He has participated three times in the Franco-Irish Literary Festival, jointly organised by the French Embassy and the Alliance française. Almost all of his novels are translated into French and the Irish Cultural Centre in Paris has welcomed him several times to present his works.

France and Ireland have been enjoying a long lasting, nourished and strong artistic relationship. This award to John Banvillle recognises talent, thoroughness, humour and the work and ambition of a major Irish man of letters.

The Ordre des Arts et Lettres (Order of Arts and Letters) was established in 1957 and is awarded by the French Ministry of Culture to recognize eminent artists, writers, and scholars for their efforts in promoting the awareness and enrichment of France’s cultural heritage throughout the world. John Banville is being inducted as a knight in the Order.