Home > Culture and Science > Sciences & innovation > Who we are : the Scientific and Academic Service > Our past events and archives > Events: archives > 2011 Events > 2011 Launch of Ulysses research programme 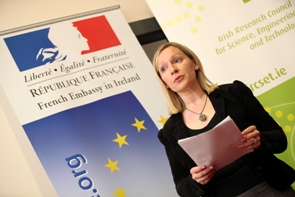 The programme is funded by IRCSET, Teagasc and administered by IRCSET (The Irish Research Council for Science, Engineering and Technology) on the Irish side and funded by MAEE (French Ministry of Foreign and European Affairs) and administered by the Embassy of France in Ireland and EGIDE, the leading French agency for international mobility, on the French side. 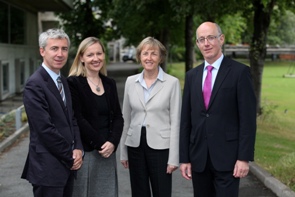 This programme is designed to support new research collaborations between Irish and French researchers. It is named Ulysses after James Joyce’s famous novel to celebrate the Joycean links between Ireland and France. The Call for Ulysses Awards for Travel in 2012 open on 16th June 2011, Bloomsday. 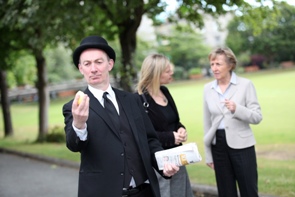 Speaking at the launch, Minister Creighton pointed out how Ulysses is key to ‘kick-starting’ collaborations between Irish and French researchers in a wide variety of areas, important for both the Irish and French economies, including agriculture, pharma-chem, ICT and green-technology. “These collaborations have continued for many years beyond the end of their Ulysses award. The programme also benefits researchers at the early-stage of their careers, who get the opportunity to travel to laboratories in France, forging relationships that continue throughout their careers.” Her comments were echoed by Ambassador D’Achon: “Ulysses is an important programme for France, and is part of a larger scheme of bilateral funding programmes that France operates with over 65 countries. It is a simple, elegant, relatively low-cost way of encouraging researchers in France and Ireland to work together towards common scientific challenges." 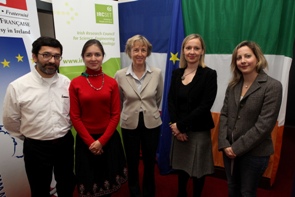 IRCSET will fund successful innovative science, engineering and technical applications. Proposals concerning agri-food research and the rural environment will be processed by IRCSET and funded by Teagasc.

For more details about the programme and applications: www.ircset.ie

The closing date for receipt of applications is at 5pm on Friday, 30th September 2011. 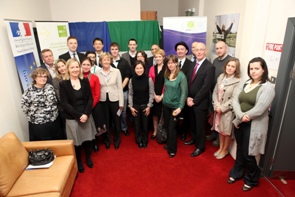