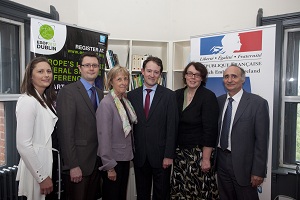 This programme is designed to support new research collaborations between Irish and French researchers. It is named Ulysses after James Joyce’s famous novel to celebrate the Joycean links between Ireland and France. The Call for Ulysses Awards for Travel in 2013 open on 16th June 2012, Bloomsday. 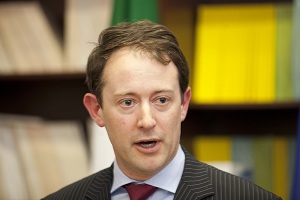 Speaking at the launch, Minister Sherlock said “Now in its fifteenth year, Ulysses is key to ‘kick-starting’ collaborations between Irish and French researchers in a wide variety of areas important for both the Irish and French economies, including agriculture, pharma-chem, ICT and green-technology. These collaborations have continued for many years beyond the end of their Ulysses award. The programme also benefits researchers at the early-stage of their careers, who get the opportunity to travel to laboratories in France, forging relationships that continue throughout their careers.” 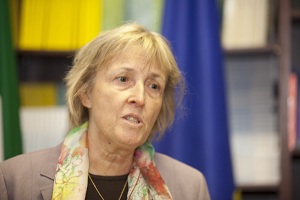 His comments were echoed by Ambassador d’Achon: “Ulysses is a strong pillar of the scientific partnership between Ireland and France. It is a simple and relatively low-cost way of encouraging researchers in France and Ireland to work together to achieve common objectives. It is also a great satisfaction to see the Humanities and Social Sciences back in this bilateral programme. Ulysses is part of a very successful cooperation programme that we wish to further develop through a reinforcement of the partnerships between the main related institutions and by multiplying projects of excellence like the ones we will realize during the upcoming Euroscience Open Forum 2012 (ESOF) and the year-long Dublin City of Science Festival famous scientists from France will visit Dublin.” 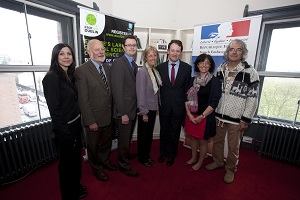 For more details about the programme and applications: www.research.ie

The closing date for receipt of applications is at 5pm on Thursday, 27th September 2012. 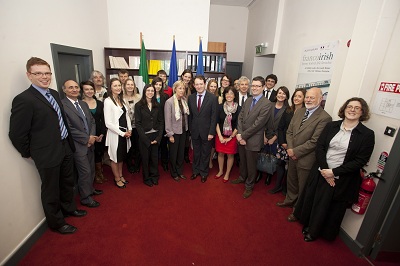