This prize is awarded to an Irish writer recently translated into French, in partnership with Literature Ireland, the national organisation for the international promotion of Irish literature, and the Alliance Française de Dublin. This year, 4 Irish writers were nominated and the jury will render its verdict during an official ceremony to take place in March 2019 during the Francophonie Festival in Ireland. The prize will seek to reflect the key values of cultural and linguistic diversity, democracy and human rights, education and research, sustainable development and solidarity defended by the Francophonie.

Nominated for his novel Smile, learn more about Roddy Doyle and his translator Christophe Mercier! 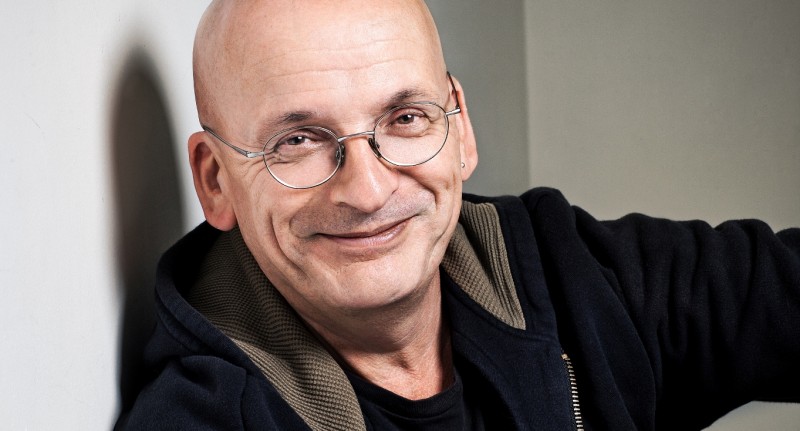 Roddy Doyle was born in 1958 in Dublin. Irish author known for his unvarnished depiction of the working class in Ireland. Doyle’s distinctively Irish settings, style, mood, and phrasing made him a favourite fiction writer in his own country as well as overseas. After majoring in English and geography at University College, Dublin, Doyle taught those subjects for 14 years.

The Commitments was the first installment of his internationally acclaimed Barrytown novels, which also included The Snapper (1990; film 1993), The Van (1991; film 1996), and The Guts (2013). The series centres on the ups and downs of the never-say-die Rabbitte family, who temper the bleakness of life in an Irish slum with familial love and understanding. Doyle’s fourth novel, Paddy Clarke Ha Ha Ha (1993), won the 1993 Booker Prize.

Doyle’s ultimate novel Smile is narrated by Victor Forde, who finds himself alone in middle age, seeking the solace of a pint in his new local, Donnelly’s pub. There he is interrupted in his reading by Fitzpatrick, who declares himself to be an old friend, although Victor is slow to remember him. Fitzpatrick, while uncouth, is affable and eager to talk, falling quickly into nostalgia with unsettling memories of their shared youth. Smile has all the features for which Roddy Doyle has become famous: the razor-sharp dialogue, the humour, and the superb evocation of adolescence.

Interview with Roddy Doyle about his novel Smile

Christophe Mercier is a writer and a translator. He works with several publishers including Gallimard, Fayart and Rivages.

Discover the other 2019’s Nominees