The Bachelor of Civil Law (BCL)/Maîtrise is one of the rare dual degrees available between France and Ireland, and the only one available in the field of legal studies.

The UCD law dual degree involves an ambitious programme of four years of study at the end of which students obtain two law degrees : firstly, the primary Irish law degree or BCL, and secondly, the primary French law degree or Maîtrise (equivalent to the Master 1 in law in the French system) from the French partner university (with a distinction in French law and in common law). Career prospects are extremely favourable.

Dr Marie-Luce Paris, graduate of University of Panthéon-Assas, is a lecturer and researcher at the UCD Sutherland School of Law and specializes in comparative public law (French, Irish and English law), European law and Human Rights law. As Academic Director of the dual degree programme, she agreed to speak to us about her experience in directing and lecturing in the programme.

How is the joint degree course structured ?

Originally, the only possibility offered to law students was to go abroad on the Erasmus programme. Launched in 1987, the Erasmus programme, as you know, has been hugely successful, not only in Irish law schools, but as a matter of fact in all disciplines of higher education.UCD later decided to offer a more integrated training by enhancing the national law degree with a solid knowledge of French law so as to allow Irish students, already trained in common law, to familiarize themselves with French law as a model of civil law system, that will possibly give them the opportunity to work in the European institutions. This was the Bachelor of Civil Law with French Law established in 1999. This programme involves a compulsory year of study, in third year, in a French university. At the time, the School of Law recruited three French lecturers to teach French law in the first, second and fourth years here in UCD – this is how I came to UCD at the beginning of the last decade.The four partner universities of the BCL Law with French Law are Panthéon-Assas Paris II, Paris Ouest (Nanterre), Provence (Aix-Marseille) and Toulouse I Capitole.

The objective is to provide students with a high quality legal education in the two legal systems, accompanied by French language and French legal terminology learning. Such a programme ultimately offers a true added value to students in comparison to what is offered in the Erasmus programme. A few years later and building on the success of the BCL Law with French Law, we conceived the idea of a dual degree with the University of Panthéon-Assas, taking as a model the oldest of this type of joint training that is the dual degree established in 1977 between King’s College London and the University of Panthéon-Sorbonne. We eventually launched the UCD dual degree programme in 2005. Another dual degree partnership was established in 2009 between UCD and the University of Toulouse I Capitole. 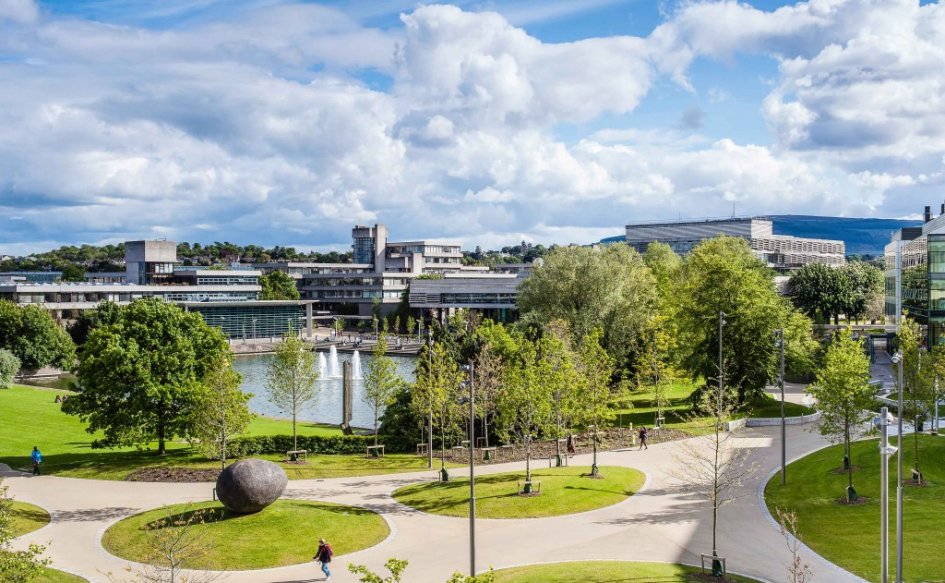 What have been the challenges involved in the establishment of the partnership?

French and Irish legal education’s structures differ greatly with regard to the academic teaching programmes as well as to the requirements set by legal professional bodies for law degrees holders. To become a barrister (or court lawyer) in Ireland, one must undertake professional training at the King’s Inns while to become a solicitor (or lawyer that does not plead before highest courts), one must follow the Law Society of Ireland’s professional course. In France, the path can be a classic one such as following the Ecole d’Avocats to become an avocat that is the equivalent of a Barrister-at-Law – which I did and I started to practice as a trainee avocat in the areas of tax and business law before my move to Ireland. Students can also choose the distinct path to become a judge and apply to the Ecole Nationale de la Magistrature. Most students will choose to pursue their studies though towards a Master level 2 (equivalent of an LLM) in law or related disciplines, or in business schools or other avenues. The main challenge is to agree between partners on a coherent and complete study programme – comprising two years in each partner – which include the learning of core subjects of each national legal system, as well as the learning of strategic subjects, particularly those of English law which give degree holders the right to sit professional exams and practice in the UK. These challenges are often compounded by changes to legal professional requirements such as those recently enacted by the English and Wales professional legal bodies regarding the solicitor’s profession. We have overcome these challenges – and will continue to do so – thanks to our responsive work as a team, in particular with the support of the UCD Law Dean and the dynamism of the UCD Programme Manager.

How does the training of registered students in this dual degree programme work?

Students spend two years in UCD and two years in the partner university. In UCD, they receive the same training as other Irish law students, but because they have a more intense programme they benefit from a more personalized support. The small number of students selected into this prestigious programme allows indeed for a first class teaching team whose lecturers are there to advise and guide them during the whole course of their study. We also tend to stay in contact with our growing number of dual degree alumni and this is now clearly facilitated by social networks.

What’s in it for the student who takes this dual degree ?

The dual degree curriculum allows students to gain an expertise in two different systems and legal cultures, and involves two distinct teaching methods, thus offering a comparative approach to law, something that is becoming more and more essential in a European and global environment. Students who follow this programme will use two languages and will be located in two different countries at different stages of their course studies – learning another language and experiencing mobility are indeed keys to a legal education of the highest standard and offer an undeniable advantage in comparison to more traditional degrees. This dual degree trains ‘bi-jurists’ who are prepared to work in a European and international environment, whether they remain in their country of origin – working for a big law firm in Dublin or Paris – or living abroad, in Luxembourg or New York.

What’s next for the joint degree?

The future is looking bright! We review, on an annual basis, the course content of the programme, as well as its general profile since we have strict quality assurance requirements from government departments in higher education on both the Irish and French sides. One of the reforms envisaged, for example, is to reinforce the learning of the French language for the Irish students from the very beginning of their university course so as to better prepare them for their studies in France. On another note, the dual degree programme will be celebrating its tenth anniversary this year. We envisage to celebrate this event in the course of the academic year 2015/2016 in partnership with the French institutions, maybe with the Embassy of France in Ireland.

To conclude, we are very grateful for the support of the French Ambassador and his services to the UCD Sutherland School of Law. This support allows us to redefine the relevance of the dual degree training in the current competitive context of legal education. It is also useful in that it draws attention to the considerable amount of work put in by the managing and lecturing teams, whether in UCD or in the partner universities, work which lecturers provide well outside their research and lecturing duties.