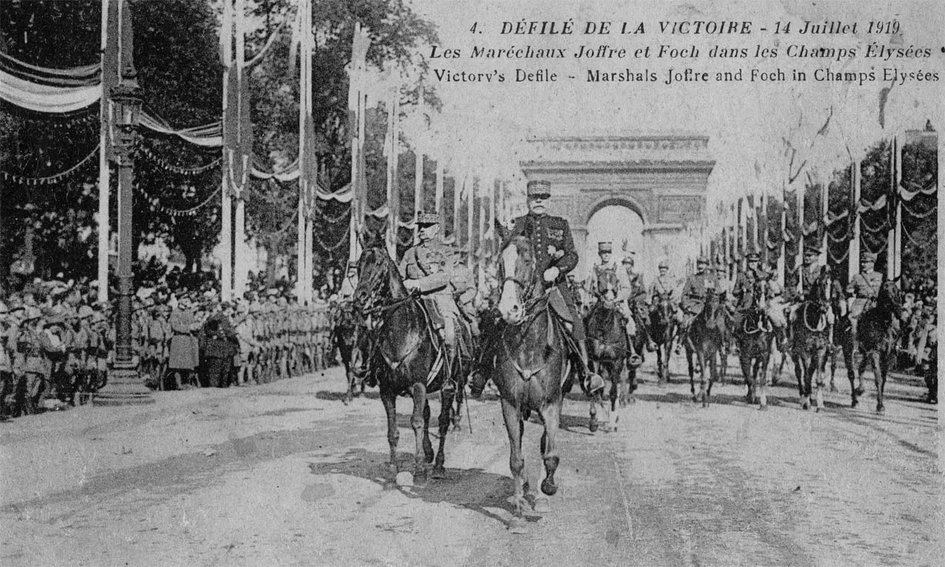 Born in 1851, Marshal Ferdinand Foch was one of the most prominent figures of the Great War (1914-1918) and is still remembered and celebrated today for his actions which contributed to the allies’ victory.

After leading the XXth Corps of the army to stop the German’s progression in Lorraine in August 1914 at the Battle of the Frontiers (7 August – 13 September 1914), and as one of the main commanders of the First Battle of the Marne (5–12 September 1914), he demonstrated both his talent and his leadership as he coordinated the action of the French, Belgian and British forces. .

In 1918, as he had been proving his ingenuity and leadership throughout the war, he was honoured with the title of Généralissime (Supreme General) and was appointed as the Supreme Commander of the Allied Armies. He then tried to promote a coordinated action plan for the allied countries. His efforts succeeded as he sparked the counter-offensive that led to victory at the Second Battle of the Marne (15 July – 6 August 1918) and eventually to the armistice on 11 November 1918.

On the same day, he became an immortal of the Académie Française (created in 1635 to safeguard the French language), just a few months after his appointment as Marshal of France in August 1918. He also received the Marshal title from Great-Britain in 1919 and from Poland in 1923. He spent the post-war period commemorating the lost lives as a result of the Great War through ceremonies and speeches all around the world, such as his tribute to the Irish soldiers who died in the First World War, published in The Irish Times on 10 November 1928. He passed away six months later on 20 March 1929. 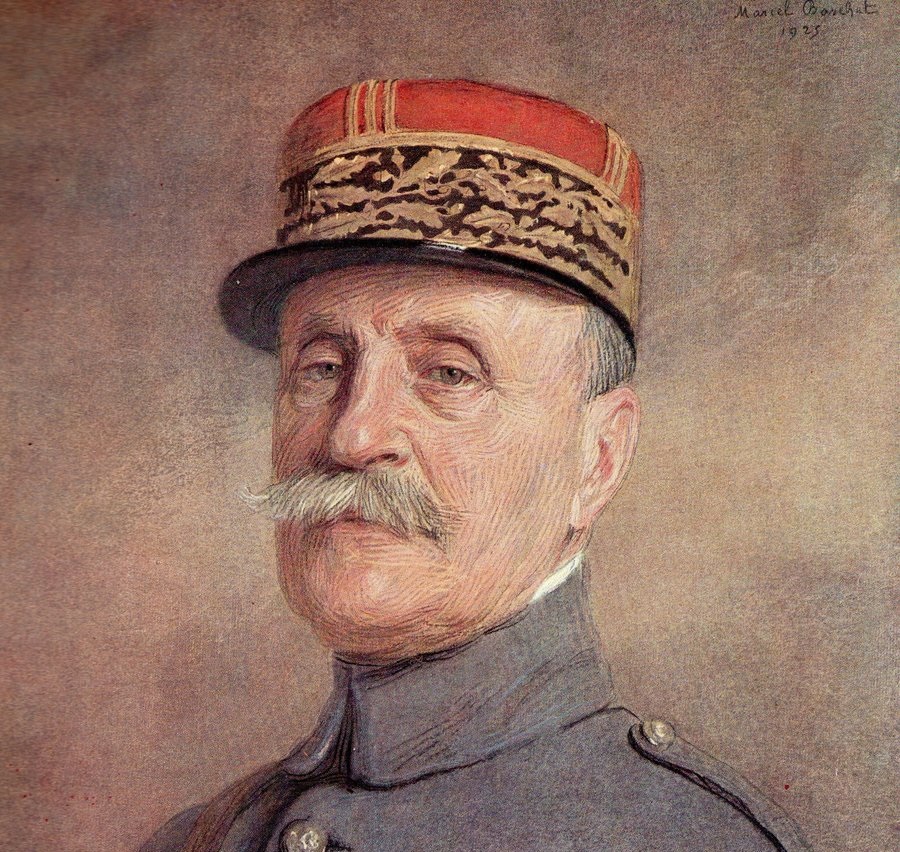 On 10 November 1928, a tribute from Marshal Foch was published in The Irish Times on the request of a special correspondent based in Paris. In this text, Foch depicted the everlasting ties that were established between France and Ireland on the battlefield during the Great War. Ten years after the armistice, Foch expressed France’s gratitude for the support provided by Irish women and men during these tragic times.

Extracts of the tribute have been carved into the stone and bronze monument presented by France to Ireland to remember these Irish soldiers who fought and lost their lives during the Great War, but also during significant conflicts of French history, such as the Franco-Prussian War (1870-1871) and the Second World War (1939-1945).

“The Heroic Dead of Ireland have every right to the homage of the living for they proved in some of the heaviest fighting of the world war that the unconquerable spirit of the Irish race— the spirit that has placed them among the world’s greatest soldiers—still lives and is stronger than ever it was.

I had occasions to put to the test the valour of the Irishmen serving in France, and, whether they were Irishmen from the North or the South, or from one party or another, they did not fail me.

Some of the hardest fighting in the terrible days that followed the last offensive of the Germans fell to the Irishmen, and some of their splendid regiments had to endure ordeals that might justly have taxed to breaking-point the capacity of the finest troops in the world.

Never once did the Irish fail me in those terrible days. On the Somme, in 1916, I saw the heroism of the Irishmen of the North and South, I arrived on the scene shortly after the death of that very gallant Irish gentleman, Major William Redmond. I saw Irishmen of the North and the South forget their age-long differences, and fight side by side, giving their lives freely for the common cause.

In war there are times when the necessity for yielding up one’s life is the most urgent duty of the moment, and there were many such moments in our long drawn-out struggle. Those Irish heroes gave their lives freely, and, in honouring then I hope we shall not allow our grief to let us forgot our pride in the glorious heroism of these men. They have left to those who come after a glorious heritage and an inspiration to duty that will live long after their names are forgotten. France will never forget her debt to the heroic Irish dead, and in the hearts of the French people to-day their memory lives as that of the memory of the heroes of old, preserved in the tales that the old people tell to their children and their children’s children.

I know of no better tribute to Irish valour than that paid after the armistice by one of the German High Command, whom I had known in happier days. I asked him if he could tell me when he had first noted the declining moral of his own troops, and he replied that it was after the picked troops under his command had had repeated experience of meeting the dauntless Irish troops who opposed them in the last great push that was expected to separate the British and French armies, and give the enemy their long-sought victory.

The Irishmen had endured such constant attacks that it was thought that they must be utterly demoralised, but always they seemed to find new energy with which to attack their assailants, and in the end the flower of the German Army withered and faded away as an effective force.

When the moment came for taking the offensive all along our line, it was these same worn Irish troops that we placed in the van, making call after call on their devotion, but never finding them fail us. In the critical days of the German offensive, when it was necessary that lives should be sacrificed by the thousand to slow down the rush of the enemy, in order that our harassed forces should have time to reform, it was on the Irish that we relied repeatedly to make these desperate stands, and we found them responding always.

Again and again, when the bravest were necessary to delay the enemy’s advance, it was the Irish who were ready and at all times the soldiers of Ireland fought with the rare courage and determination that has always characterised the race on the battlefield.

"WE SHALL NEVER FORGET”

Some of the flower of Irish chivalry rests in the cemeteries that have been reserved in France, and the French people will always have these reminders of the debt that France owes to Irish valour. We shall always see that the graves of these heroes from across the sea are lovingly tended, and we shall try to ensure that the generations that come after us shall never forget the heroic dead of Ireland.”