The President of the French Republic gave the Institut Français the mission to organise an international citizen consultation on how to promote the french language and multilingualism around the world.

This citizen consultation was launched on the 26th of January to bring together ideas and propositions destined to support the promotion and learning of the French language around the world. French speaking people, be it their first language or not, are invited to take part in this initiative on www.monideepourlefrancais.fr and to participate in the online campaign via social media with the hashtag #monideepourlefrancais. 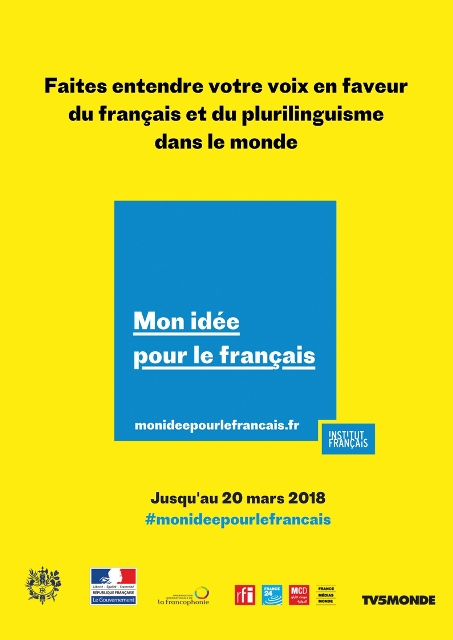 So many people from so many different countries have already taken part in this global initiative. Check out Ireland’s contribution below!

All french speakers are invited to participate, simply head over to monideepourlefrancais.fr and click on "Je participe!"; you have until the 20th of March, the journée internationale de la francophonie, to give your idea!