The Taoiseach reiterated the sympathy and solidarity of the Irish people with France in the wake of the horrendous attack in Nice on 14 July, in which 84 people were brutally murdered. President Hollande briefed the Taoiseach on the current security situation and on the French Government’s response. Noting that France, along with other EU member States, has suffered a number of outrageous and brutal terrorist attacks in recent years, the two leaders agreed on the urgent need to accelerate ongoing work on a range of EU counterterrorism and security actions, and to promote the closest and most effective cooperation between police and security services. They also agreed that the surest way of asserting and protecting Europe’s fundamental values is to refuse to bow to terrorism and its assault on those values.

The consequences of the UK referendum on its membership of the European Union was the other dominant focus of the discussions. The President and the Taoiseach reiterated their commitment to the principles set out by the twenty-seven Heads of State or Government on 29 June. In particular, they looked forward to the notification as soon as possible by the new British Government of the UK’s intention to withdraw from the Union, which will permit orderly negotiations to begin. 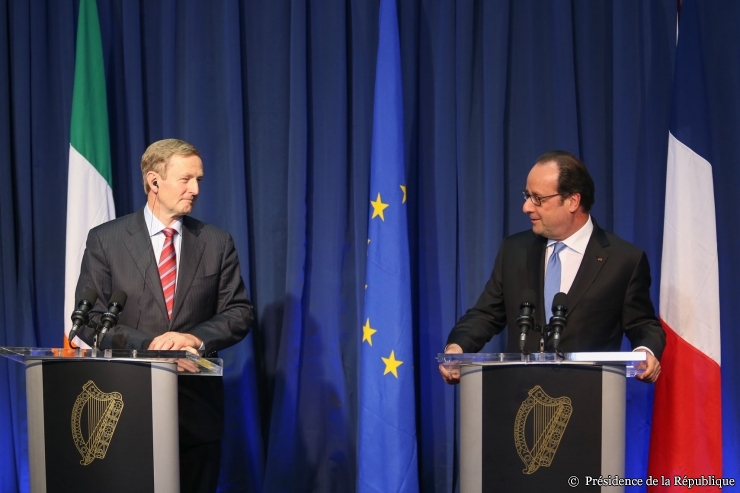 The President and the Taoiseach also agreed on the importance of maintaining the closest possible partnership between the EU and the UK, based on a balance of rights and obligations, including in respect of the four freedoms. They recalled that Ireland and France are the UK’s nearest neighbours, with significant and complex economic, human, cultural and historical links. In consequence, both countries have specific and indeed unique concerns to be addressed in future negotiations. In their discussion on how the European Union should respond to the challenges it now faces, they reaffirmed their shared commitment to the Union as the essential framework for Europe’s peace, prosperity and security. They also agreed, however, that it is essential to renew the confidence of citizens in the European project. This can be achieved above all through an improved functioning of the Union and the faster and better delivery of practical results in areas of essential priority which should be the focus of European action. These include internal and external security; growth and investment in order to create jobs, fight unemployment and strengthen our economies, notably through the digital agenda and the transition to a low carbon economy. It is vital that the particularly difficult challenges facing young Europeans are addressed through ambitious programmes. The President and the Taoiseach looked forward to collective discussion on these themes in Bratislava on 16 September.

The President outlined progress on the French initiative aimed at injecting new momentum into the Middle East Peace Process, an initiative in which Ireland has been participating. He also updated the Taoiseach on the security situation in the Sahel, welcoming, including in the context of the response to last November’s Paris attacks, Ireland’s increase in its contribution to the EU Training Mission in Mali. France and Ireland have participated jointly in missions in Chad and the Central African Republic, and continue to cooperate closely. 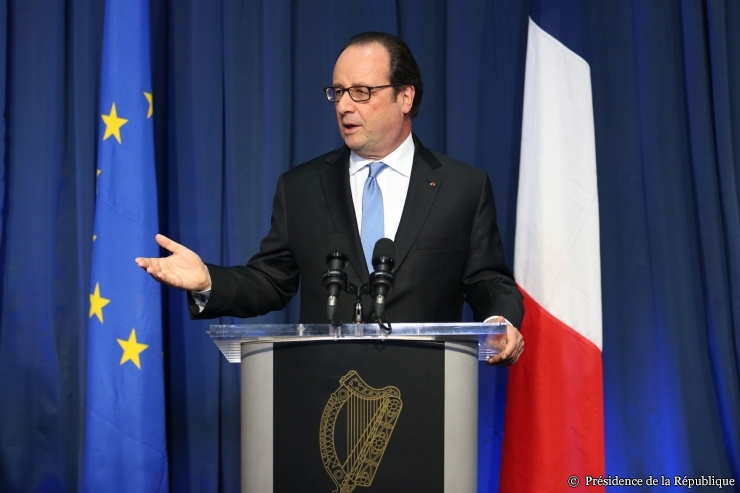 The leaders also exchanged views on the economic situation, noting the progress made in both countries and in the euro area generally, but also the risks ahead, including as a result of the UK referendum. They agreed on the need for further progress in regard to Economic and Monetary Union, noting the particular current importance of effective implementation of the economic governance reforms of recent years and of the completion of the implementation of relevant proposals already on the table, notably in regard to Banking Union. They also discussed the implementation of the COP21 Agreement, and the future work needed to honour the EU’s climate change and energy commitments.

Finally, the President and the Taoiseach noted the excellent state of relations between the two countries, based on an enduring friendship and affinity going back many centuries, as demonstrated most recently at the hugely successful UEFA Euro 2016 championships. They were very pleased to recognise the consistent and mutually beneficial growth in trade, investment and tourism between the two countries, and the continuing reinforcement of academic, cultural, sporting, scientific and human ties. 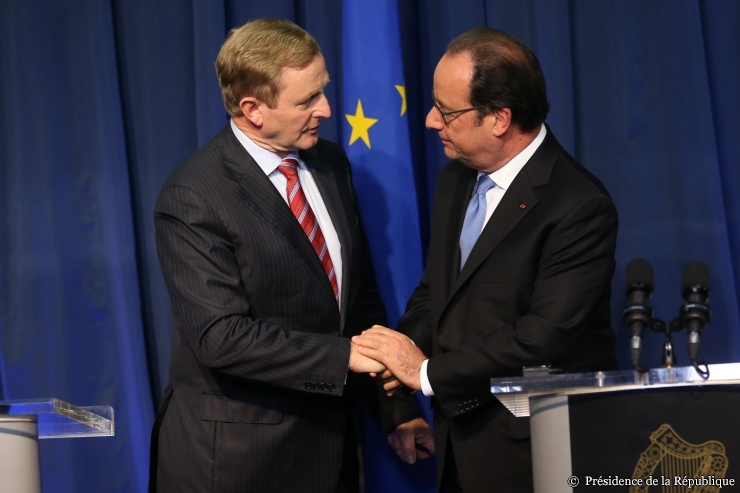 As regards specific areas, they tasked the relevant Ministers :

To examine additional possibilities for practical defence co-operation, including in the field of training,

To build on the bilateral roadmap on sustainable energy and energy transition agreed in April 2015, noting the progress made in regard to the proposed electricity interconnector between Ireland and France

To promote intensified co-operation in training and research; they endorsed the attached joint statement by the two lead Departments

To take forward the Franco-Irish bilateral Erasmus Plus programme on training in the hospitality, gastronomy and tourism sector, which is aimed in particular at young people and entrants to the labour market.

To explore options for intensified dialogue between stakeholders in the digital economy, which offers immense opportunities for both countries.

After the meeting, the President and the Taoiseach witnessed the signature of an agreement on the next stage of work on the Celtic Interconnector, a proposed sub-sea electricity cable linking Ireland with France, which, as part of the wider Energy Union, would allow for the transmission of electricity directly between Ireland and France.