Open Sesame! On October 18th, Mytilène opens its gates! The French Ambassador is pleased to welcome you for Open House Day. From architecture and arts de la table to ancient French cars, come along for a fun family day! Save the date!

The French Ambassador to Ireland Mr Jean-Pierre Thébault and the team at the French Embassy are pleased to welcome you for a guided tour of the Résidence de France, 53 Ailesbury Road, on Saturday 18th of October from 11am to 5pm. 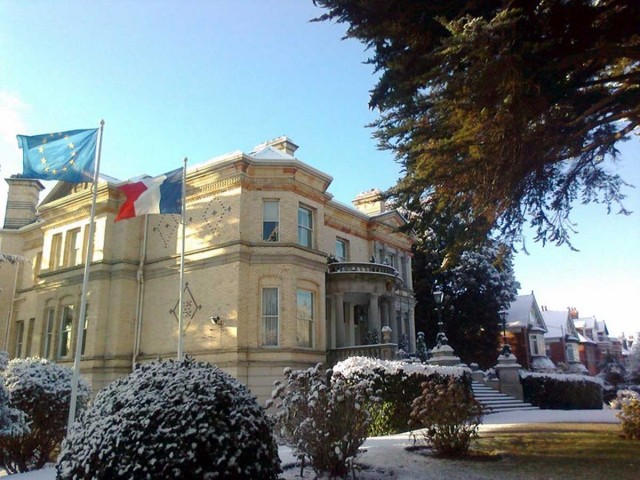 The visit will include an architectural tour of the house, the visit of the garden as well as a demonstration of French arts de la table and a collection of ancient French cars. A family fun day on the premises of the French Residence in Ireland.

It’s a first-come basis: just turn up and look out for Open House Dublin volunteers. Last entry: 30 minutes prior to closing. Visitors are required to bring an ID or passport to enter this building. Photography is not allowed on this tour. 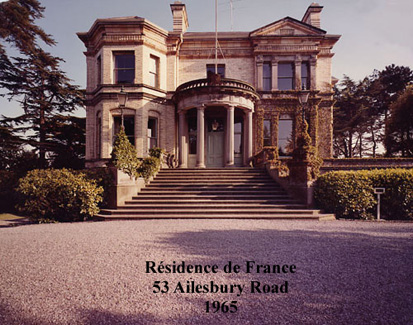 Built in the early XXth century on the instruction of owner George Bustard, the Résidence was purchased by the French government in 1930 to host the French Ambassador to Ireland and his family.

Formerly known as Mytilene, the official residence of the French Ambassador is a large detached house set in a wooded garden, with a granite balustrade and wide steps leading to the pillared front entrance. The house is clad in white bricks with contrasting elements in black brick, wrapped by an ornamental rosette frieze beneath the parapet. 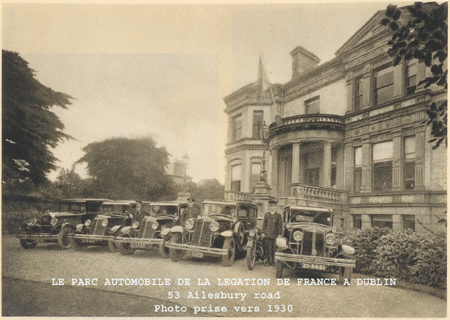