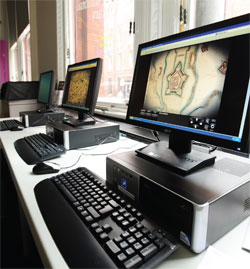 These documents written by Catherine Morris contain an overview of Bruno Racine’s lecture in Ireland and interviews with Trinity College Dublin Librarian and College Archivist, Robin Adams, the Cultural and Scientific Counsellor at the French Embassy in Ireland, Hadrien Laroche, and the Director of the National Library of Ireland, Fiona Ross. The work came out of a symposium, which took place at Trinity College Dublin that highlighted the challenges faced by libraries in the 21st century. Organised by the Dr Catherine Morris (Cultural Coordinator for the National Library of Ireland and Trinity College Dublin) in association with the French Embassy in Ireland, the symposium addressed what lessons Ireland could learn from the mass investment made by the French government and featured a talk by the President of the Bibliothèque Nationale de France, Bruno Racine along with a panel discussion about digitisation. During his talk on ‘The National Library of France and the challenges posed by digitisation’, Bruno Racine spoke about the work undertaken in France to digitise the national collections and reflected on the challenges that the library project now faces.

The symposium marked the first event to bring together the library community of Ireland and the French National Library. Speakers highlighted how archives are selected for digitisation in France and the difficulties France has faced in moving its library resources forward to meet the demands of the 21st century. The symposium also contextualised the work that is being carried out in the National Library of France in the broader realm of French national culture and third level education, and explored the possibility of shared library resources and shared cultural connections between the two nations.

The documents are available for free download and can be accessed at: http://catherinemorrisculturalcoordinator.wordpress.com/web-site-archive/ 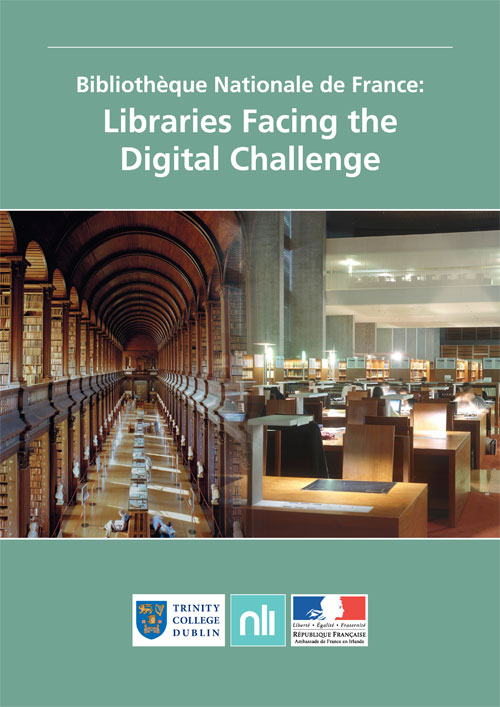