A night of international debate celebrating the stream of ideas between countries, cultures, topics and generations. The Night of Ideas is a global initiative by Institut Français taking place worldwide on Thursday 28th January 2021 on the theme: “Closer”. Guests from diverse backgrounds will gather to discuss the theme all across the five continents. 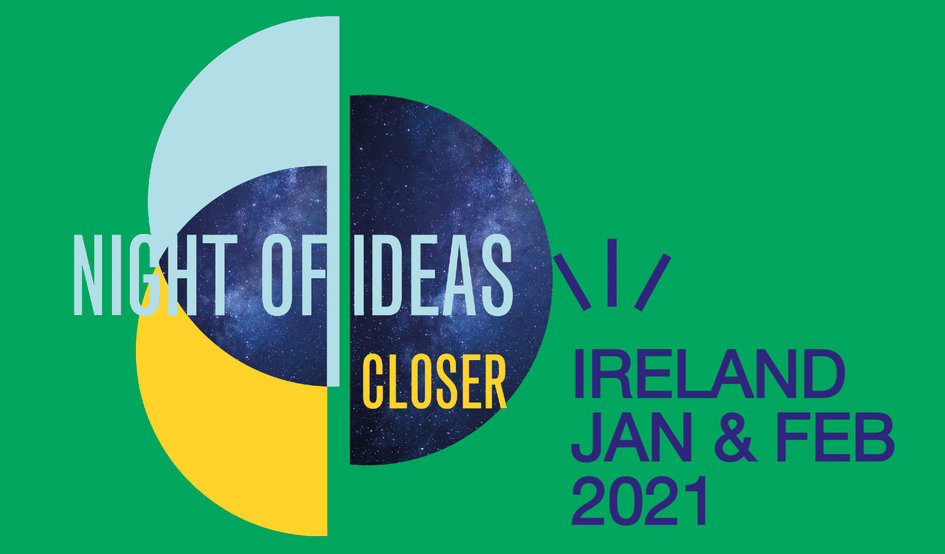 The French Embassy is delighted to present The Green Night of Ideas 2021 in Ireland, a series of digital screenings followed by debates on climate change taking place in January and February 2021. All events are presented by the French Embassy in Ireland in association with the Alliance Française Network, Institut Français and Irish cultural partners:

‘We Have 20 Years To Change The World’

We have 20 years to change the world… and it all starts with the land that nourishes us. The facts are there: 60% of the soil is dead, and the current mode of production does not feed the planet. But men and women rise to the challenge and demonstrate that we can do without pesticides and chemical inputs for all our food. Thanks to their communicative energy which shakes up speeches and habits, another world is possible!

26 January 2021, 6pm - followed by a live discussion on climate change with Irish and international speakers Film available until 28 January, only to viewers in Ireland and Northern Ireland Watch the trailer Facebook Event Page Tickets on sale at corkfilmfest.org

A new documentary by Jared P. Scott Presented in association with the Irish Film Institute

The film director and Malian musician/activist Inna Modja take us on an epic journey along Africa’s Great Green Wall, an ambitious vision to grow an 8,000km ’wall’ of trees stretching across the entire width of the continent to restore land and provide a future for millions of people. Traversing Senegal, Mali, Nigeria, Niger and Ethiopia, Modja follows the burgeoning Great Green Wall through Africa’s Sahel region laying bare the acute consequences of severe land degradation and accelerating climate change the Wall aims to counteract: increasing desertification, drought, resource scarcity, radicalization, conflict and migration.

28 January 2021, 6.30pm - followed by a live discussion on climate change with Irish and international speakers Available until 31 January to viewers in Ireland only Watch the trailer Facebook Event Page Tickets on sale at ifihome.ie Replay the Discussion: Watch here

This screening is presented in resonance with the Africa 2020 season in France, an initiative to look at and understand the world from an African perspective.

Based on an incredible true story, Spread Your Wings follows videogame-addicted teenager Thomas who is sent by his mother, Paola, to spend the school holidays with his father, Christian, in the beautiful, yet secluded, wetlands of the Camargue region in Southern France. Christian is a visionary scientist who studies migrating geese. For his teenage son Thomas, the idea of spending a summer holiday alone with his father on a farm in the middle of nowhere, is a nightmare. However, father and son begin to bond as they come together on a madcap plan - to save an endangered species of geese. With Christian’s pilot skills and an ultra-light aircraft, they begin preparations for an extraordinary and perilous journey - the pair plan to lead the geese they’ve raised onto new and safer migration routes, guiding them to Norway. Revolving around this familial dynamic, Spread Your Wings gently echoes the broader international rise of young activists debating the future of a planet they are about to inherit. Highlighting how even the smallest gestures can have a huge impact, it is a beautiful adventure film that the whole family will love.

Home is a 2009 documentary directed by French photographer, reporter and environmentalist Yann Arthus-Bertrand and produced by Luc Besson. The film is almost entirely composed of aerial shots of various places on Earth. It shows how tightly linked Man and nature are, and how humanity is threatening the ecological balance of the planet. The English version of the film is narrated by Glenn Close.

to watch it in English Book Here

to watch it in French Book Here Facebook Event Page Also available to schools in Ireland Free Study guide in French and in English For Schools only please register here: https://www.eventbrite.ie/e/the-green-night-of-ideas-2021-in-ireland-tickets-133674509055 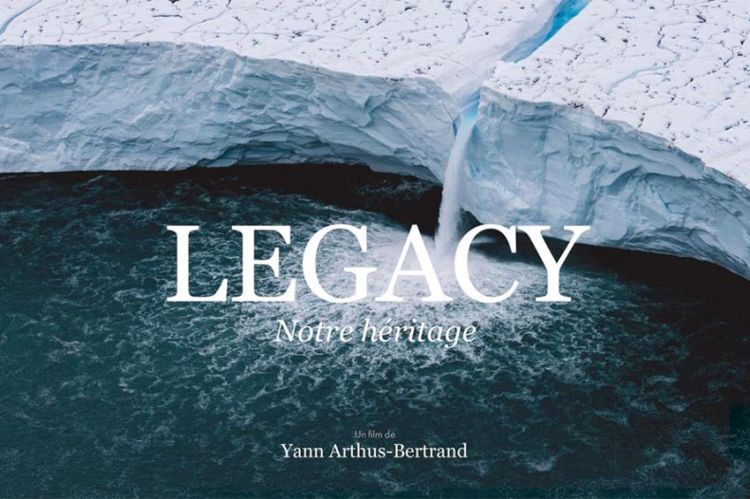 Eleven years after “Home”, Yann Arthus-Bertrand returns with “Legacy”, a powerful cry from the heart. He shares a sensitive and radical vision of our world, which he has seen deteriorate over the course of a generation, and reveals a suffering planet, a confused humanity unable to take seriously the threat weighing on it and on all living things. It is an emergency: everyone can and must take strong action for the planet’s future for our children.

“Legacy, our heritage” is Yann Arthus-Bertrand’s new documentary film, looking back on fifty years of the famous photographer’s commitment to ecology. A must see film to realize the beauty of our planet and the climate emergency. During the film, Yann Arthus-Bertrand returns to the bases of humanity to try to summarize how our planet has almost reached the point of no return in matters of ecology, by dint of denials and renouncements. “We must come to terms with nature“, launches the man, who turns once again into a whistleblower on the subject.