Olivier Rohr, from the laboratory of the Institute of Parasitology and of Tropical Pathology (IPPTS) at the University of Strasbourg (UdS) and Dr Virginie Gautier, researcher in the Centre for Research in Infectious Diseases (CRID) at University College Dublin (UCD), obtained a Ulysses scheme in 2014. Their project of research was focusing on HIV-1 virus’s latent tanks. Their partnership led to the creation of a post-doctoral position un UCD, funded for three years by a Health Research Board (HRB) grant, held by Valentin Ledouce from the University of Strasbourg.

1. Can you tell us about the collaboration between the two laboratories? The collaboration initiated thanks to a former student from the University of Strasbourg’s laboratory, Dr Céline Mahan who did her second PhD in the CRID laboratory of UCD. Olivier Rohr, from Strasbourg, and Dr Virginie Gautier, from UCD, then decided to bring this collaboration to fruition within the compass of a Ulysses scheme.

This collaboration derives its meaning from the complementarity between the two teams: the pooling of both teams’ fields of expertise, the intertwining of the topics of research (the proteomics within the frame of the interface virus/host and molecular latency), the sharing of scientific networks and facilitating the access to specialized infrastructures. In addition to this material complementarity, the Ulysses scheme also allowed the teams to build up a broader network, to pool funds to buy new equipments...

2. What are the teams working on? The HIV virus was identified thirty years ago, anti-retroviral drugs – the first ones were introduced in 1996 – have greatly improved the patient’s survival but they still do not permit to eradicate the virus. UdS and UCD teams are working on the HIV molecular latency, a phenomenon during which the virus is inactive, “sleeping”, in cellular tanks. The problem is that anti-retroviral drugs, howsoever efficient, are attacking the active and replicative virus present in the cells but cannot reach and destroy the virus crouched in the cellular tanks. Anti-retroviral drugs monitor the virus and are a life-long treatment, with a strict observance. However, the anti-retroviral treatment presents disadvantages: it is expensive ($10.000 a year) and if the patient stops it, the virus comes back and possibly becomes resistant to treatments... without taking into account the secondary effects that eventually appear and are unpleasant for the patient. The teams are looking to define how the virus enters into the “sleeping phase”, how cellular tanks settle and how to affect them in order to wake the latent virus up and to improve its sensitivity to anti-retroviral drugs. The UdS team has been working on this subject for about 15 years, the UCD team for 5 years.

3. What is at stake ? The teams want to understand how the virus enters into latency, define who the molecular actors of those mechanisms are in order to determine targets to develop methods then to purge tanks. What’s more, by studying the phenomena involved with the virus, the teams are also understanding other fundamental events. 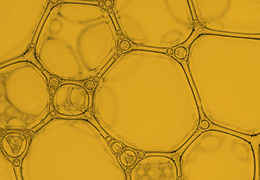 Our research works allow us to discover and understand new molecular phenomena linked to the immunitary system and to the way of functioning of the host cells – the host proteins are indeed the ones putting the virus to sleep. Understanding this phenomenon allows improving the comprehension for other diseases such as cancer...

4. What about you, can you tell us about your career? In 2008, I joined Pr Olivier Rohr’s laboratory in Strasbourg University as a doctoral student. I finished my thesis mid-2012, I was working on the cellular factors involved in the HIV latency. I then became Assistant Professor for two years (until August 2014). When, following the Ulysses scheme, Dr Virginie Gauthier obtained a HRB grant for a PhD position; I joined Dr Gautier’s team in UCD. This grand offers a three-year funding and could be renewable for two more years.