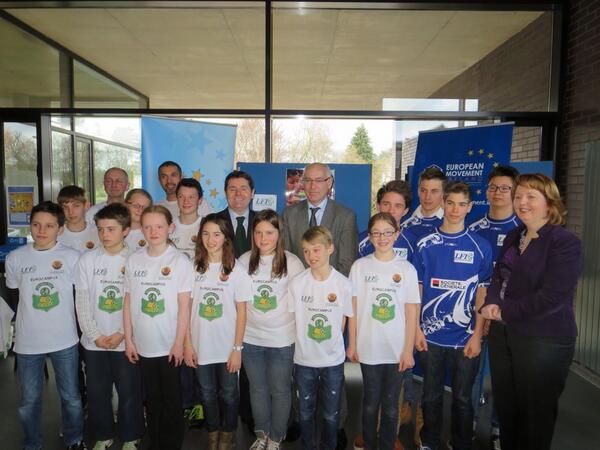 French Minister for European Affairs Thierry Repentin and Irish counterpart Minister for European Affairs Paschal Donohoe T.D. have visited today Dublin’s Eurocampus (Lycée Français d’Irlande, LFI, and St Killian’s German School) on March 3rd. They have met with the Franco-Irish football team travelling to Brazil in June 2014 for the final of the World Cup of the French Schools Abroad and with some young players of the rugby team who train with the Wanderer’s in Ballsbridge. 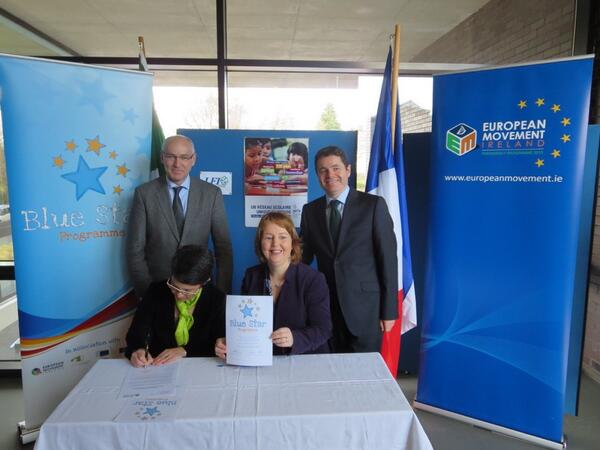 Senator Jillian Van Turnhout was present for the signing of an agreement of further cooperation between the LFI, Eurocampus and European Movement Ireland in relation to the Blue Star Programme. 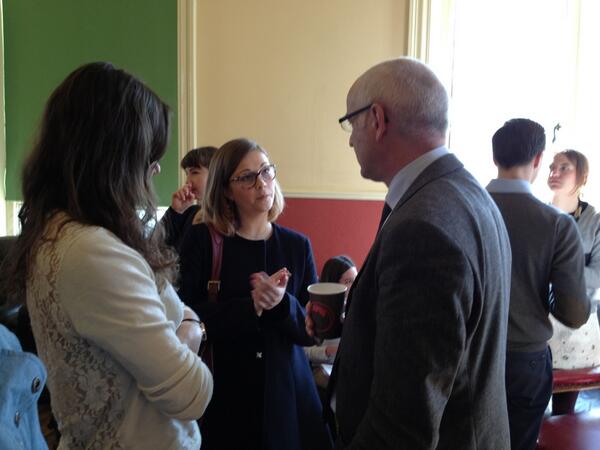 Minister Repentin was then invited by Trinity Society for international affairs in the Graduate memorial building in Trinity college. 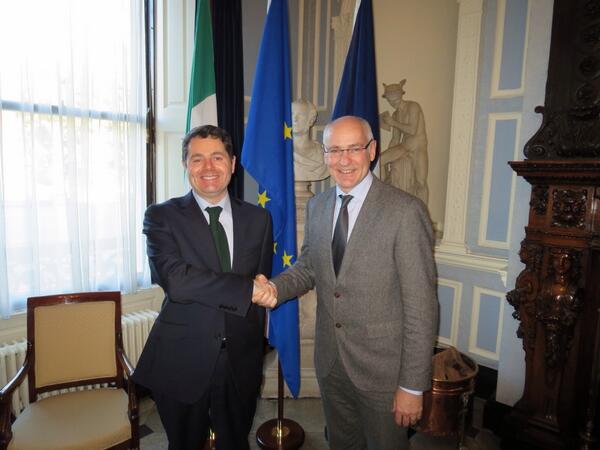 The Ministers had an exchange on current European affairs, including the situation in Ukraine, in Iveagh house (DFAT).