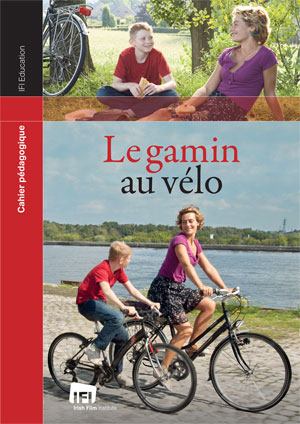 The pedagogical film guide, part of the French Film Project, is a partnership between the French Embassy’s Cultural Service, the Irish Film Institute and the Arts Council, which includes an annual touring of a movie in French language along with the publishing of a study guide.

The chosen film for this year’s French Film Project is “Le gamin au vélo/The Kid with a Bike” the most recent film from the Dardenne brothers and a deserving winner of the Grand Prix at Cannes Film Festival 2011.

The "Gamin au vélo" study guide, which has been launched at the FTA conference on 12 October 2012, is now available for free download. The film will be touring in various venues in Ireland as part of the 2012 IFI Education programme.