"Drawing Freely" is an exhibition of cartoons made by 50 cartoonists from all around the world echoing the attacks on "Charlie Hebdo" in January 2015. Running from 16th Dec.-18th January @ Europe House 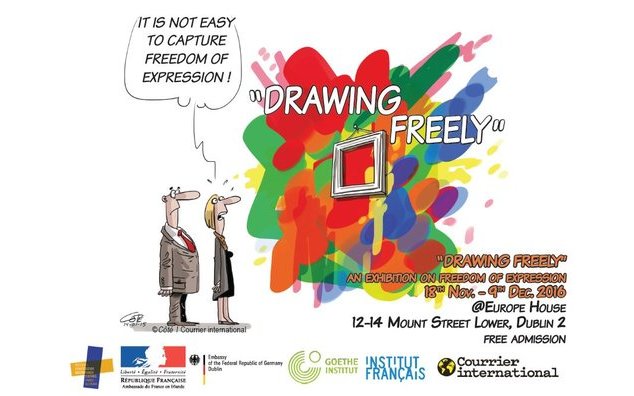 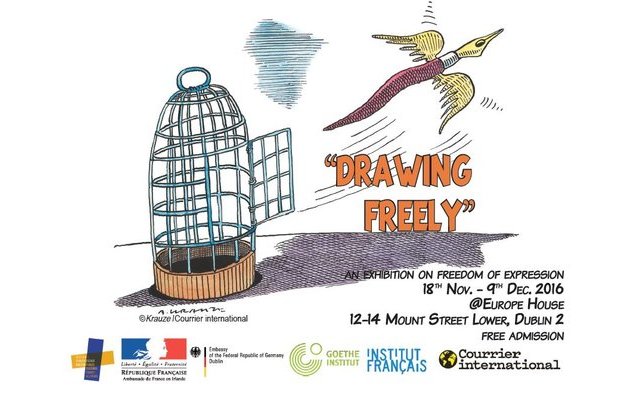 The opening night was on Thursday 17th November at 6:30pm With special guests Anthony Bellanger and Wolfgang Grebenhof Talks followed with light refreshments.

“Drawing Freely” is an exhibition presented by the Institut Français and the Courrier International. It is reproduced within the frame of the Franco-German Cultural Fund 2016, with the support of the Embassy of France in Ireland, the Embassy of Germany in Ireland and the Goethe-Institut.

The exhibition "Drawing Freely" will be running from 18th November to 9th December at Europe House, 12-14 Mount Street Lower (Dublin 2). FREE ADMISSION, Monday to Friday, 9.00 am - 5.00 pm See also the conference "Freedom of speech in time of conflict in France, Ireland and Germany".