Home > Culture and Science > Sciences & innovation > Who we are : the Scientific and Academic Service > Our past events and archives > Events: archives > 2016 Events > Three Chevaliers, serving French language

Mme Angela Feeney, Dr. Sylvie Lannegrand and Dr. Éamon Ó Ciosáin were presented with the Palmes Académiques insignia, for their role in the dissemination and promotion of French language and culture throughout Ireland. 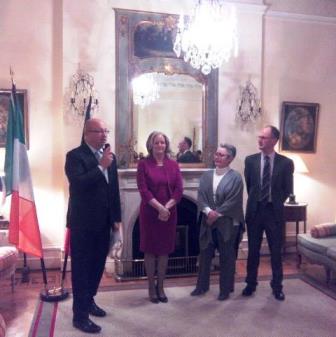 Mrs Angela Feeney has been a lecturer at Institute of Technology Tallaght since its inception in 1992, where she teaches French literature and language. She is now Acting Head of Humanities. She has actively worked to broaden academic links between France and Ireland and to develop research in Franco-Irish studies and has always worked to promote French-Irish links in a large range of sectors (culture, literature, business and more recently tourism & culinary arts), she was a founding member of the National Centre for Franco-Irish Studies. Dr. Sylvie Lannegrand is a lecturer in French at the National University of Ireland Galway, where she completed her PhD in French in 1996. She is a specialist on the writer Yves Navarre, Her research interests are particularly focused on the contemporary novel and short-story fiction, autobiographical writing, gender issues in French literature, political and social issues in contemporary France. She obtained a Ulysses grant on the topics of politics and sexuality based on a corpus of seven diaries. Dr. Lannegrand is extremely active in her research field and has been the President of the Association des Etudes Françaises et Francophones d’Irlande (ADEFFI) since 2013. Dr. Éamon Ó Ciosáin is a lecturer of French in Maynooth University, where he ran the French department between 2010 and 2013. He spent some time studying and teaching in France (University Rennes 2) and obtained his doctorate in 2007. Member of the ADEFFI, his research interests are about French language and literature, regionalism in France, Breton language and culture, Irish emigration to France (16th – 18th centuries) and translation. 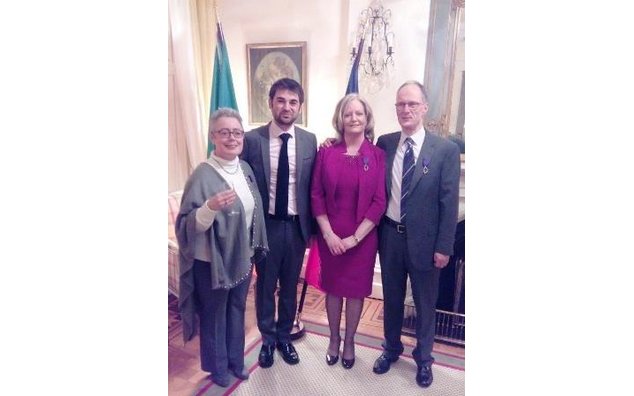 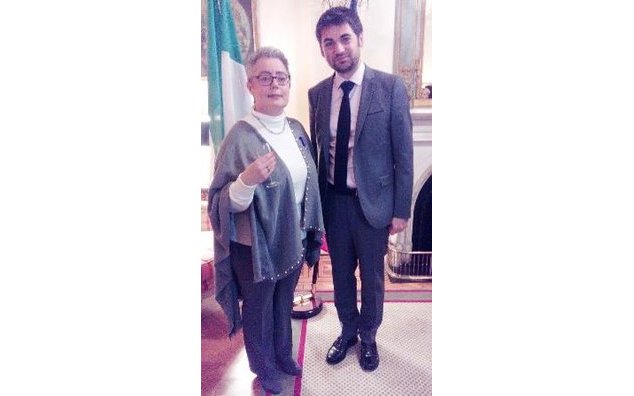 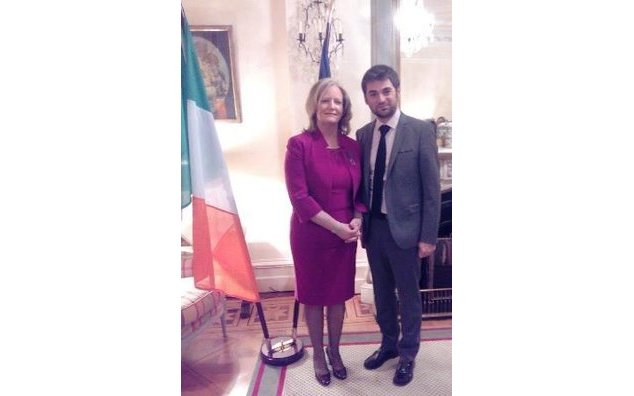 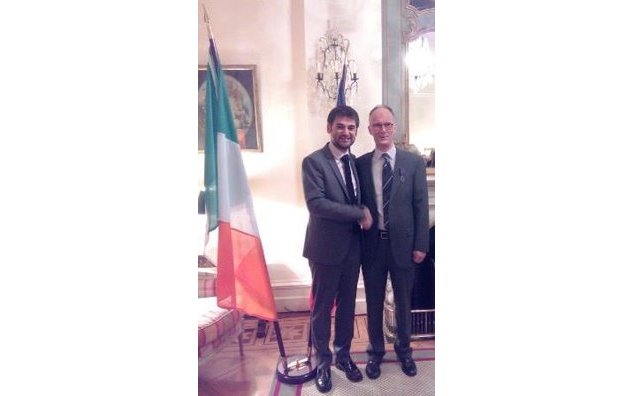 The ceremony took place at the Residence of France in Ireland, where the recipient’s kins and colleagues as well as the president of the Association des Membres de l’Ordre des Palmes Académiques (AMOPA) , Dr. Loïc Guyon (from Mary Immaculate College) gathered on this special occasion. The three recipients were warmly praised for their role in the dissemination and promotion of francophone language and culture in Ireland. Francophonie in Ireland, if unknown, is very present. There are almost 600.000 francophones in Ireland, French language is the first language studied at secondary level and most students take French for their Leaving Certificate.