[Special Event] The first "Night of Ideas" in Ireland [fr]

A night in the world… to think together 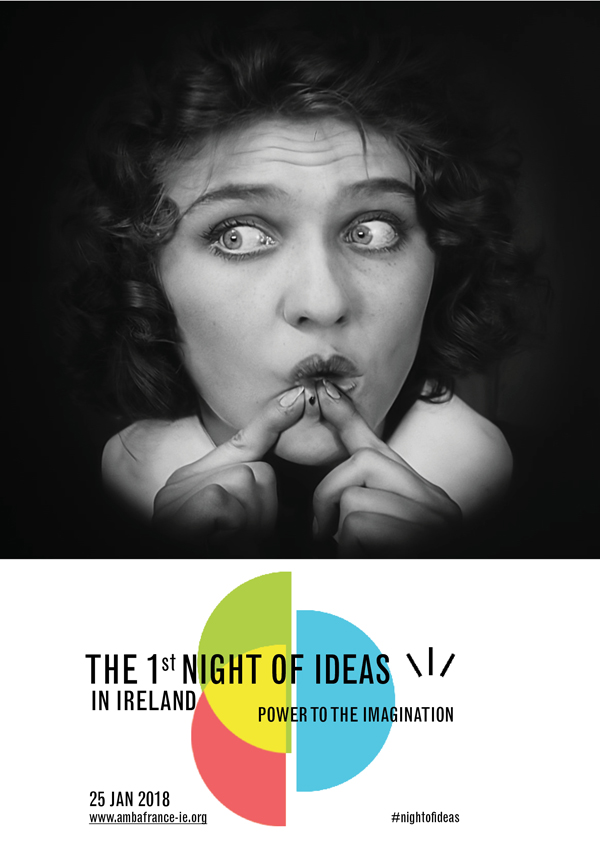 Celebrating the stream of ideas between countries, cultures, topics and generations, The Night of Ideas will take place worldwide on Thursday 25th January 2018 and will focus on the theme: ’Power to the imagination’, one of the slogan spray-painted by 1968 demonstrators on Parisian walls.

Guests from diverse backgrounds will gather to discuss the theme all across the five continents.

The French Embassy and the Institut français Paris in association with the IFI are delighted to present the first Night of Ideas in Ireland. The event will start with the Irish premiere screening of the documentary The Russian Revolution Through its Films (L’utopie des images de la Révolution russe) selected at the 2017 Mostra of Venice with director Emmanuel Hamon and scripwriter Thomas Cheysson in attendance.

The screening will be followed by a panel discussion on the Power of images featuring director Emmanuel Hamon, screenwriter Thomas Cheysson, Dr Ailise Bulfin of UCD and Donald Clarke of the Irish Times. In the Digital & Connected era where multiple platforms allow anyone to broadcast and share images, our society is changing at an unprecedented pace. Can the images be the actor of change? Are they just the witnesses?

Join us in this challenging quest and share your views and ideas with us!

Directed by Emmanuel Hamon (in French with English subtitles) 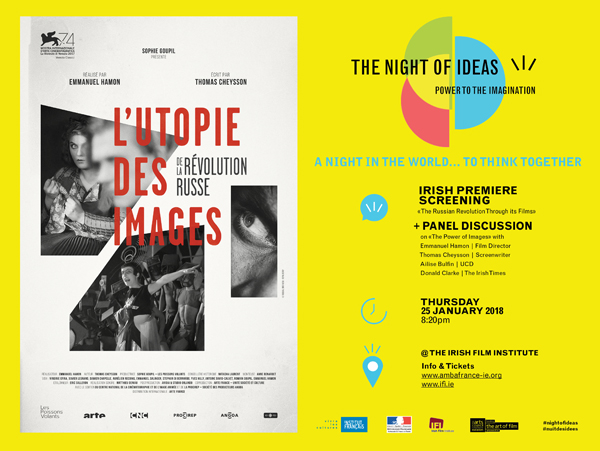 SUMMARY The two decades following the Russian revolution are marked by a gang of young people who profoundly influenced Russian Cinema. This artistic revolution was led by directors, actors, technicians and poets. They are the characters and voices of our film. They tell us the story of this unique period, through the images of soviet fictional works produced between 1917 and 1934. We can thus catch a glimpse of their fight for a new society, where creative freedom was of utmost importance. A utopia which will be brought down by an authoritarian power impacting cinema as much as the rest of society.

First selected in September 2017 at the 74° Mostra of Venice in the section "Venice Classics", « L’utopie des images de la Révolution russe » continued its course in France at the 37° International Film Festival of Amiens in the section "Once upon a time in the East", and at the 28° International Festival of History Film in Pessac; and then abroad at the 32nd International Film Festival of Mar del Plata (Argentina). Other screenings took place in Paris, Marseille, Toulouse, Barcelona, Turin, Buenos Aires and Russia, where the film was also released in 32 theatres from 12 October 2017. The 52’ version of the film was broadcasted on Arte France on 8 November, then on Russian TV channel TV Kultura and is already sold on Canadian, Finnish, Mexican, British, Portuguese, Greek and Finnish television.