What is the Internet of Things and how does it impact our daily lives ? These are the questions Dr. Pierre Lovera will be answering in Cork with Lego® building blocks !

The workshop will take place on Tuesday 14th November in Cork. Workshop on an invitation-only basis.

"The smart workshop" is aimed at primary level students. The audience will learn about the Internet of Things (IoT) and how it is (and will be) surrounding us in our everyday lives. To make the workshop more interactive, we will invite the students to build smart cities, smart oceans, smart houses and smart farms using Lego building blocks. We will then ask them to identify where IoT solutions could find applications, and show them prototype currently being developed at Tyndall. 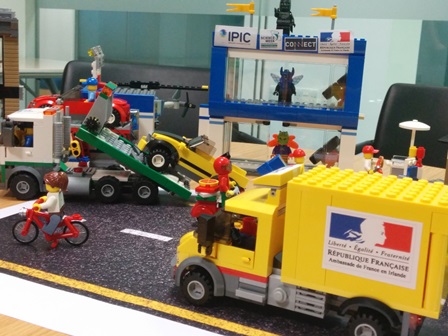 A smart city made of Lego(r) building blocks
Pierre Lovera

Pierre : I am a researcher at the Tyndall National Institute, a research centre based in Cork, in the South of Ireland. After having grown up and studied in the Paris area, I moved to Grenoble in 2002 to study in Phelma, an engineering school specialised in physics. In 2005, I came to Ireland to do an internship at Tyndall. This is when I discovered Ireland! I did not know back then that I would do my thesis nor that I would get married here !

Ludovic : After a Baccalauréat in science, I studied in ECAM, an engineering school based in Rennes, in Brittany. I specialised in telecommunications and obtained my Master in electronics (double degree with the University of Rennes 1). In 2015, I took a ferry and came to the green Eire and its sheeps.

Roxane : After a degree in chemistry (ETSCO-Angers), I came to Ireland to improve my English and continue my studies. I graduated from a HonsBsc. in analytical and pharmaceutical chemistry in 2013 from Cork Institute of Technology. Attracted by the Irish climate but most of all by the Irish sense of hospitality, I stayed in Cork to start my career as a researcher with a PhD at Tyndall National Institute. 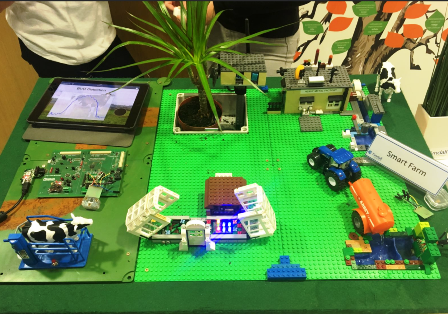 What are you working on ?

Pierre : I am currently working on developing sensors with environmental and veterinary applications. Technologies at the heart of these sensors are a combination of optics and electrochemistry. These sensors are miniature, the size of a microSD card with an active part no thicker than a hair. They can be deployed in situ and provide real-time measurements. The different development stages include numerical simulations modelling, clean-room manufacturing, hardware and software integration as well as laboratory validation. All these steps can be done in collaboration with internal, national or international partners and each one of them comes with its own set of challenges. Solving them is what makes my work exciting !

Ludovic : Today, I am a PhD student in physics in my third year : I conceive and manufacture lasers. My aim is to get to the shrink and reduce the poduction cost of complexe optical circuits, in order to have a cheaper and faster internet. One this will be done, I look forward to pursuing a dream I haven’t given up on : becoming an astronaut…

Roxane : I am currently working on micro-nanotechnologies, focussing on "transparent and conductive electrodes" uses in numerous tecnhologies, such as in touchscreens, TVs or solar panels. My thesis focusses on developing a flexible and heating electrode from metalic micro-wicks and graphene. 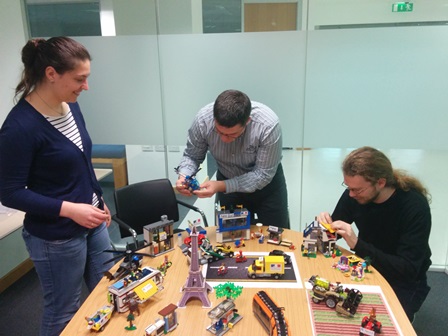 The workshop will take place on Tuesday 14th November in Cork. Workshop on an invitation-only basis. More information on the workshop here

Workshop organised by Dr. Pierre Lovera with the support of the Embassy of France in Ireland.

More information about Science Week can be found here