With no fewer than 86 high-flying technology firms in the list, France remains the leading source of companies for the fourth year in a row, followed by the United Kingdom, Benelux, and Sweden.

The 2014 Deloitte Technology Fast 500 EMEA rankings, published today, give pride of place to French firm Weezevent, which secured the top spot. Companies are ranked on a single criterion, their percentage revenue growth over a five-year period. 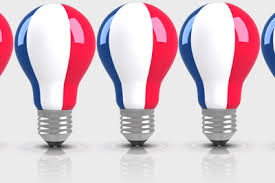 The software sector is the best represented in the rankings, with 36 companies, followed by the internet sector, and biotech/pharmaceutical/medical equipment. Of particular note is the sharp increase in the number of companies from the greentech sector, from only one in 2013.

“Weezevent’s success, driven by its exponential growth, follows hot on the heels of that enjoyed in these rankings by Criteo in 2012 and Ymagis in 2013. We are doing all we can to promote French start-ups and highlight their potential internationally, as well as France’s outstanding innovation performances more generally. The Invest in France Agency (IFA) and Ubifrance are playing a leading role in their international promotion of the “La French Tech” initiative, which will see us provide support to 18 French start-ups at the Consumer Electronics Show in Las Vegas in January 2015”, commented Ms. Muriel Pénicaud, Chairman & CEO of the IFA and CEO of Ubifrance.

Key figures on innovation in France:

77 foreign investment decisions in R&D, engineering and design operations in 2013 (out of a total of 685 decisions)

606 foreign companies are already members, along with other French companies, of at least one of France’s 71 innovation clusters

France’s research tax credit is the best R&D tax incentive in the world.